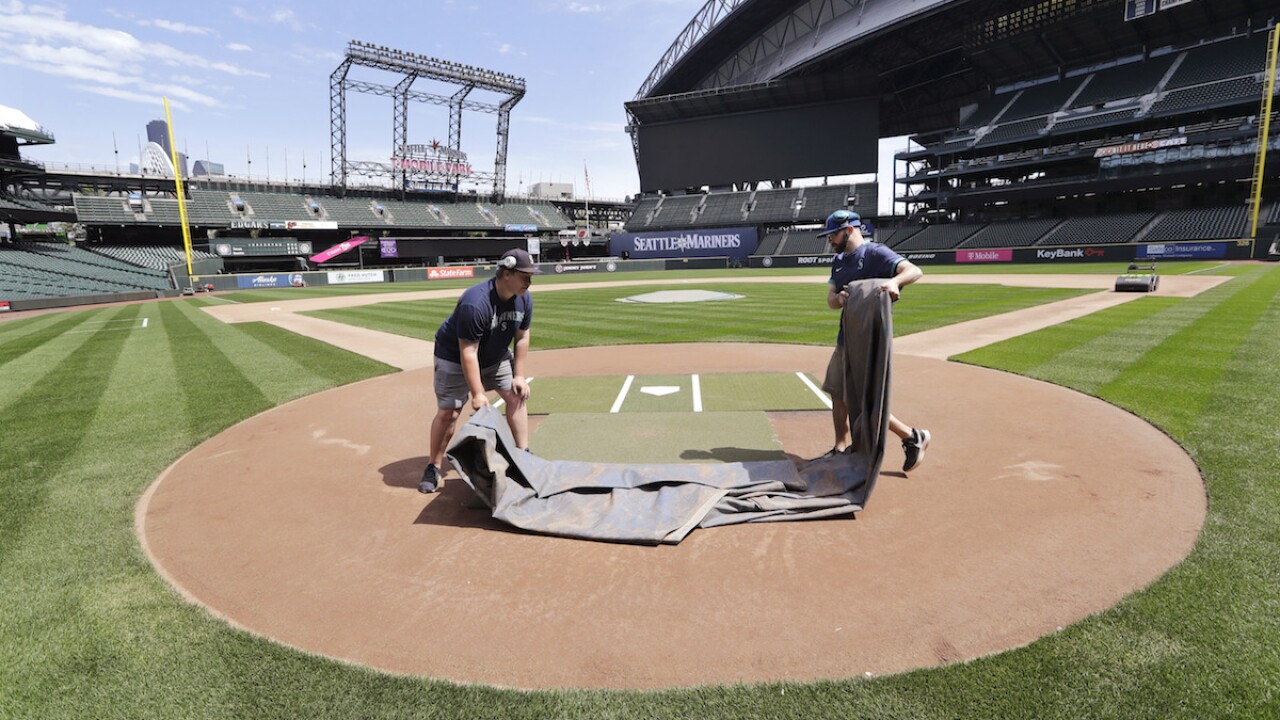 Copyright 2020 The Associated Press. All rights reserved
Elaine Thompson/AP
Grounds crew workers Jacob Weiderstrom, left, and Marcus Gignac pull a tarp off home plate as they continue to keep the Seattle Mariners' field in playing shape as the ballpark goes into its seventh week without baseball played because of the coronavirus outbreak Monday, May 11, 2020, in Seattle. A person familiar with the decision tells The Associated Press that Major League Baseball owners have given the go-ahead to making a proposal to the players' union that could lead to the coronavirus-delayed season starting around the Fourth of July weekend in ballparks without fans. (AP Photo/Elaine Thompson)

NEW YORK — The baseball players’ association has given management a wide-ranging response to a 67-page proposed set of protocols for a season to be played during the coronavirus pandemic.

Management had presented the union and the 30 teams the proposed draft last Friday.

Players viewed many of the concepts in the original draft as over-the-top, such as arriving in uniform at the ballparks, a prohibition on them leaving hotels without team permission and a ban on guests other than immediate family members. Players also objected to a ban on the use of showers and hydrotherapy.

MLB is expected to make an economic proposal to the union within a few days. MLB hopes to start the season by early July.