Authorities name airline employee who stole passenger plane, start to reveal how he did it 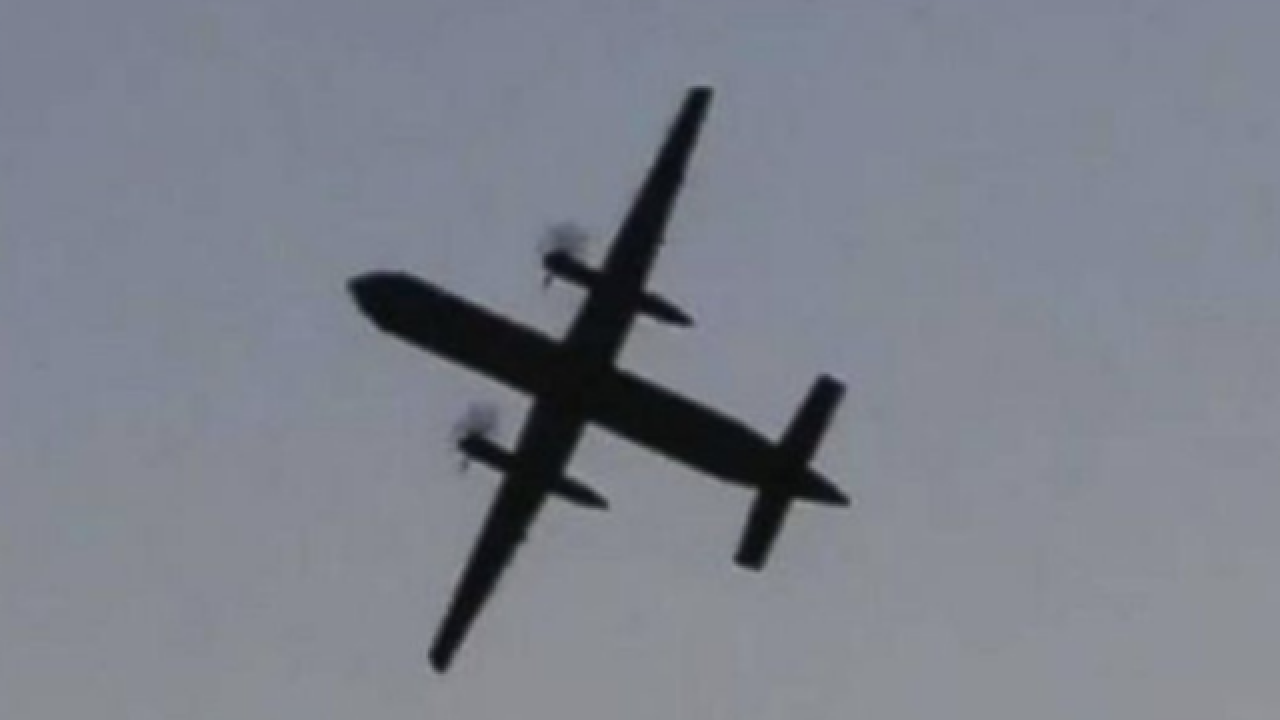 SEATTLE, Wash. - Authorities investigating the theft of a passenger plane and the fatal joyride that followed identified the airline worker who stole it Saturday and started to reveal details about how he did it.

The man who stole a plane Friday in Seattle and later died in a crash was identified as 29-year-old airline worker Richard Russell, an official says https://t.co/yxX6wn3iGk pic.twitter.com/0hh2OLgozY

Richard Russell, 29, a Horizon Air ground service agent for three and a half years, stole the plane Friday from the Seattle-Tacoma International Airport and flew it for an hour before crashing on a wooded island 25 miles away, according to a law enforcement official familiar with the investigation.

Russell, who died in the crash, did not have a pilot's license and was the only person aboard the plane, the Pierce County Sheriff's Department said. Officials said Russell was suicidal and they do not consider him a terrorist.

No one seems to know yet how Russell performed loops, turns and maneuvers while keeping the plane in the air for nearly 60 minutes. During radio transmissions with the tower, Russell said he didn't need much help because he had "played some video games."

But Russell's actions suggest he had some knowledge and skill, according to CNN aviation analyst Mary Schiavo said.

"In this plane, he certainly knew how to retract the landing gear, he coordinated both engines, powered them up to get a coordinated takeoff," she said. "A couple of the turns, it looked like what we call in basic flight training a 'coordinated turn,' meaning that he not only used the yoke ... but you also coordinate with the rudders and you do the turns.

"Yeah, he knew how to fly," she continued. "But ... the air traffic controller had to tell him how to set what they call the 'bugs' -- they're just little, sort of, little levers, or little notches on your indicator for your heading, ... which is kind of basic.

"So, (he) had some knowledge but clearly wasn't a commercial pilot."

Investigators headed Saturday to the crash site to recover the data recorders  from the 76-seat Horizon Air turboprop plane and Russell's remains as part of a criminal probe, authorities said.

After talking periodically with air traffic controllers for about an hour, Russell and the plane crashed on sparsely-populated Ketron Island, officials said.

Airports nationwide will now look at whether their security procedures need to change, CNN safety analyst David Soucie said. For one, Russell shouldn't have been able to board the plane alone, he said.

"There is a protocol to not allow anyone singularly to get onboard an aircraft," Soucie said. "If you're going to access the aircraft ... you make sure that you check with someone else, and that someone else (will confirm) that ... you have the right authority to get onto that aircraft."

Officials revealed the following at a news conference Saturday:

-- Russell was credentialed to be in secure areas at the airport, said Brad Tilden, CEO of Alaska Air Group, which owns Horizon Air.

-- He passed a series of background checks to gain his position, as he didn't have any criminal convictions.

-- Airline officials believe he was in uniform and worked a shift Friday, Tilden said.

-- The plane had been parked in a maintenance area and was not scheduled for a passenger flight, Tilden said.

-- Russell had no purpose to be at that plane Friday evening "other than ... what he did do," Tilden said. The job of a ground service agent includes directing aircraft for takeoff and gate approach, handling baggage and tidying and de-icing planes, authorities said.

-- Besides Russell's other duties, he was qualified to tow aircraft, said Gary Beck, Horizon Air's president and chief executive officer.

-- While stealing the plane, he used "a pushback tractor to rotate the aircraft 180 degrees so he could then taxi the aircraft out onto the active surfaces," said Mike Ehl, the airport's director of operations.

In audio recordings of the incident posted on Broadcastify, Russell can be heard talking to air traffic controllers as they try to guide him to land the plane.

At one point, he apologizes and says he is a "broken guy" with "a few screws loose."

"I've got a lot of people that care about me, and it's going to disappoint them to hear that I did this," Russell says. "I would like to apologize to each and every one of them. Just a broken guy, got a few screws loose, I guess. Never really knew it until now."

Earlier in the flight, Russell says: "This is probably, like, jail time for life, huh? I mean, I would hope it is, for a guy like me."

"Well," a controller responds, "we're not going to worry or think about that. But could you start a left-hand turn, please?"

Later, a controller discusses getting a pilot on the radio to help Russell control the aircraft.

"Nah, I mean, I don't need that much help. I've played some video games before," Russell responds.

Russell repeatedly says he would do a roll. Not long before the crash, a pilot who'd been helping controllers advise Russell appears to mention the maneuver.

"Congratulations. You did that. Now let's land that airplane safely and don't hurt anybody on the ground," the helping pilot radios.

Russell responds: "Awwww-right. Ah, dammit. I don't know, man! I don't know! I don't want to. I was kinda hoping that was going to be it. You know?"

The plane eventually crashed on Ketron Island, starting a fire in the woods but injuring no one outside the plane. The fuselage was fragmented and appeared to be upside down, said Debra Eckrote, regional chief for the National Transportation Safety Board.

The plane was a Q400, a Bombardier turboprop plane, one of about 40 the airline has in its fleet.

Within minutes of the plane's takeoff, the military scrambled two armed F-15 jets from Oregon to follow it, according to local and airline authorities and two sources with knowledge of the situation. They pursued the aircraft before it went down on Ketron Island, between Tacoma and Olympia.

"NORAD fighters did not fire upon the aircraft," North American Aerospace Defense Command said Saturday morning in a news release. The jets' capability was appropriate to the potential task, one of the sources said, without offering details.

F-15 "pilots kept plane out of harms way and people on ground safe," the sheriff's office tweeted. The jets were not involved in the crash, it said.

The cause of the crash wasn't immediately known, but the F-15s did not bring the plane down, Eckrote said.

Witnesses described the surreal scene after the plane left the airport. John Waldron was walking along a trail near the bay when he noticed the two military jets following a plane doing aerobatics.

"I thought they were practicing for an air show," he said.

After the plane approached Ketron Island, Waldron saw a thick column of smoke followed by a loud explosion, he said.

"Everyone was literally frozen in place, muttering about what possibly happened," he said.

Kethleen Reichel said she watched the planes pass by for about two minutes.

"My husband and I are recently former Boeing employees, and we were wondering why a jet was near the passenger airplane," she said. "We heard the jet because our windows were down while we were waiting in the ferry line to go to Anderson Island, which is adjacent to Ketron Island."

"Our hearts are with the families of the individual aboard as well as all of our Alaska Air and Horizon Air employees," said Constance von Muehlen, the airline's chief operating officer.

The FBI will lead the investigation, said Eckrote, the NTSB regional chief.

"The FBI is going to be thorough, which means taking the time needed to scour the area, delve into the background of the individual believed responsible for Friday night's incident, and review every aspect with all appropriate public and private partners," the FBI's Seattle office tweeted Saturday afternoon.

Investigators on Saturday were trying to retrieve the plane's flight data recorder and its cockpit voice recorder.

"He might have been talking to himself in the cockpit," so the voice recorder may provide additional information that wasn't recorded in radio traffic, she said.