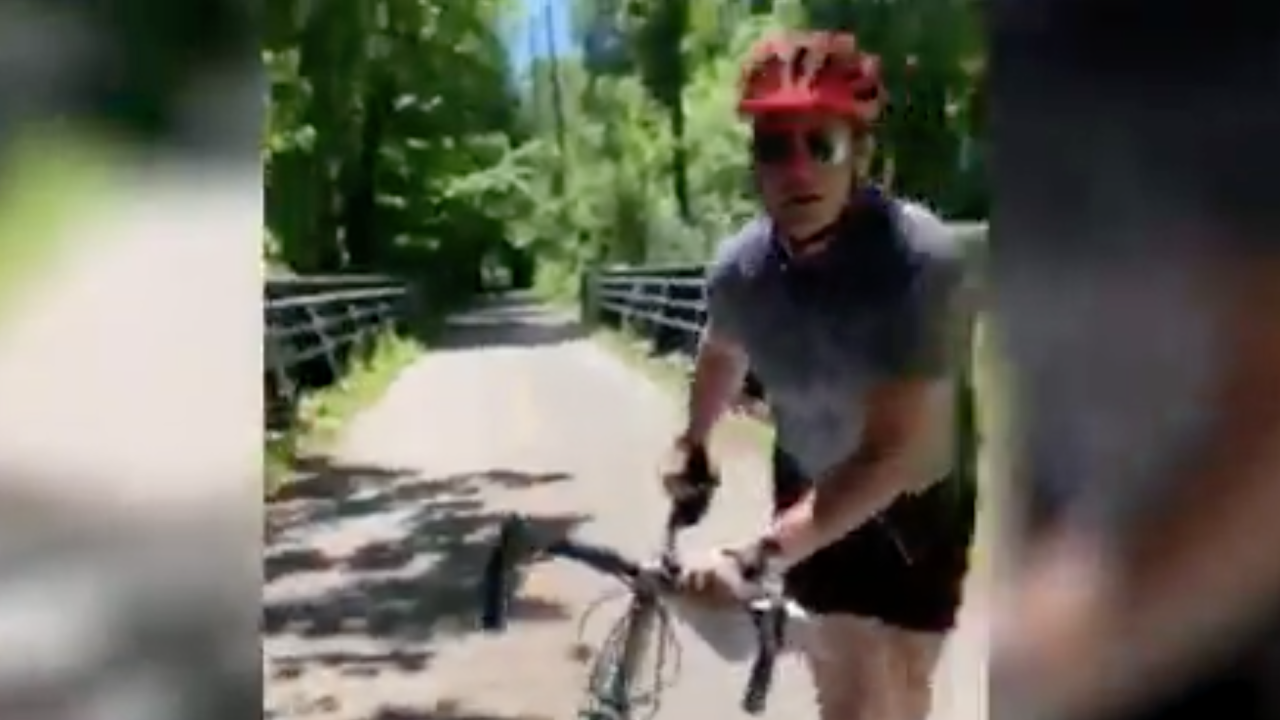 An arrest was made following a viral video of a man assaulting three young activists on a bike path in Maryland. The arrest was announced by Maryland Park Police late Friday.