Are you always sad in the spring? Allergy-mood link is real 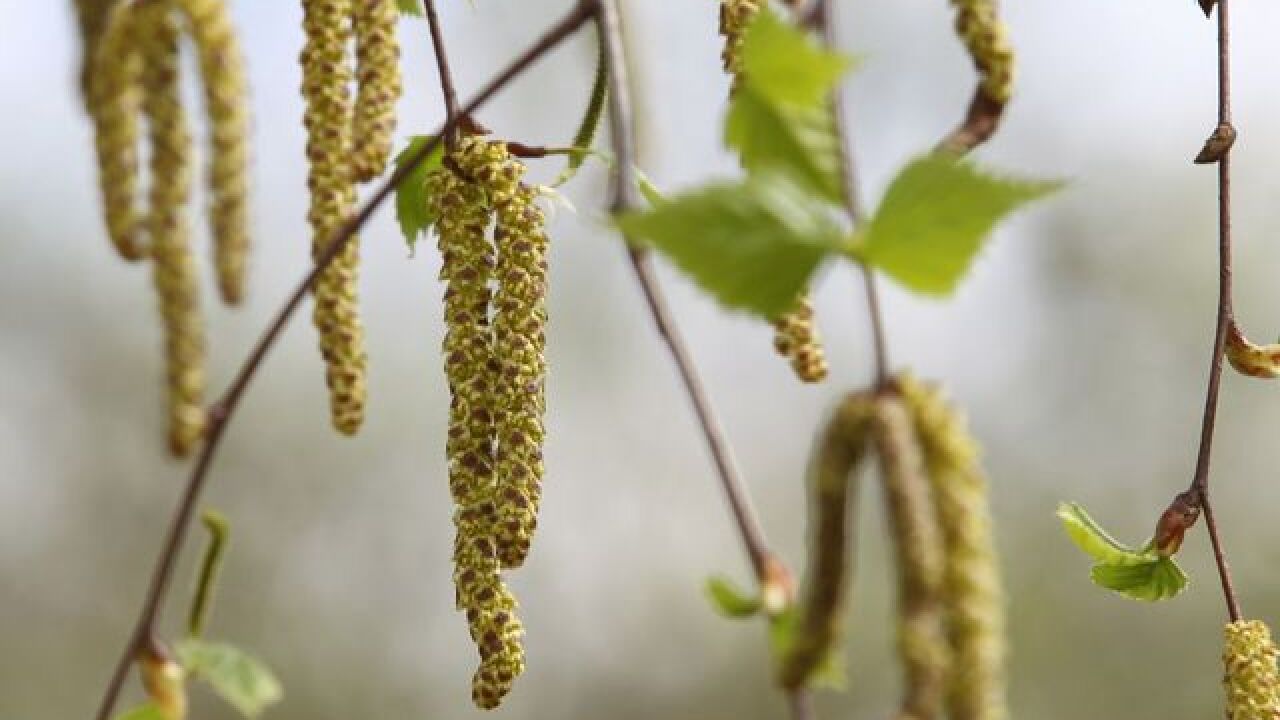 You know spring has sprung when hundreds of people daily turn to Twitter to vent about their itchy eyes, dripping nose and uncontrollable sneezing and coughing.

Seasonal allergies, which affect about 36 million Americans, aren't just an annoyance; many doctors agree that there is a real connection between allergies and mood.

"'Cranky' is really the best word for it," said Katie Ingram, 30, of Alexandria, Virginia, a triathlete who has seasonal allergies. "I take a lot of medication for it, and that makes me sleepy. And I can't do a lot of the things that I like to do outside, so that makes me cranky. ... The wheezing part of it makes me feel tired."

In some people, such annoyances are more serious. Research has shown that there is about a 50% increase in the risk for depression in a person suffering allergies, and if you've been seen by an allergist, that about triples the likelihood of having depression, said Dr. Paul Marshall, neuropsychologist at Hennepin County Medical Center in Minneapolis.

Those are correlations found in scientific studies, but they don't show that allergies cause clinical depression. In practice, allergy-connected mood changes usually boil down to mild depressive symptoms, like feeling sad, lethargic and fatigued, Marshall said. Some people say they're more likely to cry during the allergy season. Allergies could make symptoms even worse in a person with clinical depression, experts say.

"It's important for people to understand that experiencing allergies can affect their mood," Marshall said.

But is all of this in spite of the use of antihistamines or because of it? And is it the actual allergic reaction that causes these symptoms or just the sleep disturbances and general discomfort?

An allergic reaction is an immune response that releases cytokines, protein molecules used in communication between cells. When they signal the brain, they induce the feelings of sickness, or being "mentally drained," that often accompany the flu. This cytokine release isn't as powerful in allergies, but it's still present, Marshall said.

A 2002 study Marshall led, published in the journal Psychosomatic Medicine, found that allergic reactions to ragweed pollen cause "significant fatigue and mood changes" in at least some patients. Research that Marshall collaborated on in 2000 found that such reactions could cause slowed speed of cognitive processing.

Dr. Teodor Postolache at the University of Maryland led a review published in 2008 of the association between suicidal indicators and allergies. Postolache's group noted a peak in suicide rates from April to June and the dramatic environmental change of pollen that occurs during that time. The researchers found correlations between depression measurements and allergy symptoms in relation to the seasonal severity of tree pollen. In women, the association is stronger between allergy, depression and suicide than in men, perhaps because allergy and depression are more common in women anyway.

Postolache's group has also explored cytokines that may be involved in triggering fatigue, hypothesizing that the allergic reaction is the direct biological cause of low mood.

This parallels what happens when stress gets you down too, Marshall says.

Alternatively, low moods during allergy season could be situational -- the result of all the sneezing or side effects from medication.

Studies show that people don't perform as well at school because of allergic reactions, and adults' performance at work suffers, says allergist Dr. Robert Overholt of Knoxville, Tennessee. These problems could exacerbate depressive symptoms, he said. That, combined with sleep disturbance, could make people feel unwell.

"It would jump onto depression but wouldn't be the cause," he said.

Antihistamines themselves can also contribute to sleep disturbances and grogginess, he said.

Side effects of allergy medications can contribute to irregular sleeping patterns that increase irritability. The major antihistamines in pill form are now sold over the counter -- Allegra, Claritin and Zyrtec -- but they help only with sneezing, unless specified as the "decongestant" form. The added decongestant benefits come with a price, though. The same chemicals that ease your throat could lead to insomnia, put more stress on the heart and lead to prostate problems in some men, Overholt said.

Erik Fisher, a clinical psychologist in Atlanta, sees more people fatigued this time of year but isn't flooded with patients with allergy-fueled depression. He does see that allergies wear patients down, though.

"Once you realize what's causing your moods, it helps people feel less stressed out," Fisher said.

Children in particular are more susceptible to vast swings in moods and behaviors related to allergies because their bodies are more sensitive, Fisher said. In some kids, when allergies overwhelm the system, they have more temper tantrums and a harder time getting to sleep.

The bottom line, though, is that people shouldn't blame their allergies for deeper emotional issues, says Dr. Michael Silverman, assistant professor of psychiatry at Mount Sinai School of Medicine in New York. Even if some people have a direct mood response from allergies, that's not always the best explanation for feeling down.

"There's so much stigma associated with mood disturbance and anxiety that patients try to grab on to anything they can to explain what's going on," he said. "Allergies could be aggravating a problem in their lives they don't want to deal with."

Several types of medications are available to treat allergy symptoms, including pills, liquids, inhalers, nasal sprays, eye drops, skin creams and shots. Most work by modulating the body's response to the perpetrating allergen, either by blocking histamine -- a chemical released by the immune system during an allergic reaction -- or by reducing inflammation through the use of steroids, according to the Mayo Clinic.

Some are also combined with a decongestant, such as pseudoephedrine, to relieve nasal and sinus congestion.

Many allergy sufferers also find relief in over-the-counter products such as the neti pot and other nasal rinses for sinus problems.

But the only way to get more complete, prolonged relief from allergies is to undergo desensitization or "allergy shots," Overholt said. After an initial test to see what specific plants affect the patient, a doctor would administer small doses of the offending pollen or other substance under the skin over the course of three to five years.

At the end of that time, protection from allergies lasts another three to five years on average, with some people coming out allergy-free for life and others getting relief for only a year or two.

Ingram is considering allergy shots. In the meantime, she vacuums every day, takes more showers, washes the sheets more and keeps the windows closed. Her husband, who doesn't have allergies, brushes the dogs more in the spring.

"My allergies are so bad right now, I would happily claw my eyeballs out with toothpicks to make that feeling go away," Ingram wrote on her blog.