'Sorry I Tased You' cake photo is a hoax, story is real 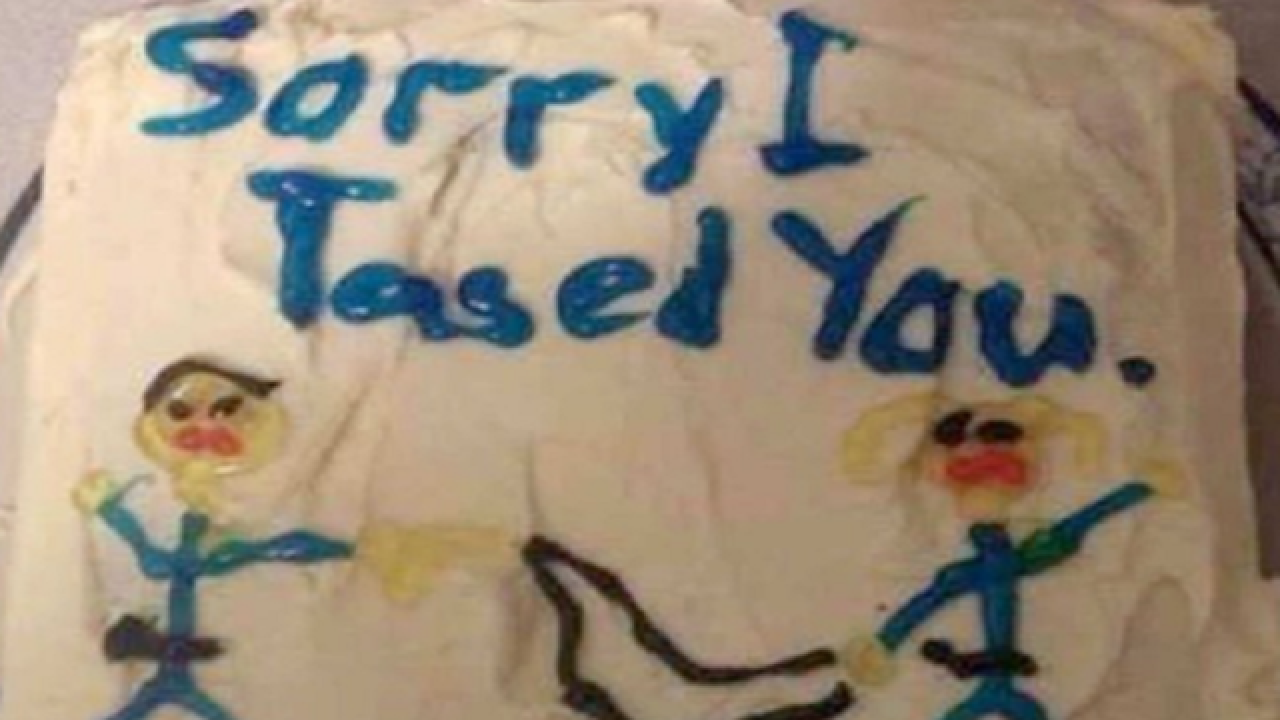 By: Mina Abgoon, Eric Pfahler
Posted at 2:28 AM, Sep 30, 2016
A Florida woman has filed a lawsuit after she says a deputy tased her with a stun gun. A report went viral that the deputy later apologized with a cake that read, “Sorry I Tased You.” A photo of the bizarre cake is now circulating the web.

TFW you get that "sorry I tased you cake" https://t.co/kCVe5ZcIuB pic.twitter.com/aAHuYF7zJY

But the photo is from a full year before the incident, according to Gizmodo.com. That said, Gizmodo citing court documents reported the deputy did send a cake to the woman.
Stephanie Byron’s lawsuit, which she filed in May, is against former Escambia County Sheriff Michael Wohlers, according to USA Today. It alleges Wohlers used excessive force against Byron, violated her civil rights and committed battery against her.
It also alleges that the incident caused physical injuries, monetary loss, medical expenses, humiliation and mental anguish.
The incident apparently happened in June 2015, and Wohlers resigned from the sheriff’s office in July 2015.
According to official documents, Wohlers "used his apparent law enforcement authority to intimidate, harass, and threaten" Byron about her personal life.
Wohlers had apparently finished his patrol shift when he stopped to visit Byron at an apartment complex where she was employed.
The lawsuit alleges that Wohlers took Byron’s tea and fired his stun gun at her when she went to retrieve it, knocking her to the floor. That’s when Wohlers "jumped onto Ms. Byron, kneeing her in the chest,” the lawsuit says.
Wohler’s attorney, meanwhile, has denied the allegations and claims that Wohlers did not knowingly violate any rights and is protected by “qualified immunity” given to government officials.
Copyright 2016 Scripps Media, Inc. All rights reserved. This material may not be published, broadcast, rewritten, or redistributed.