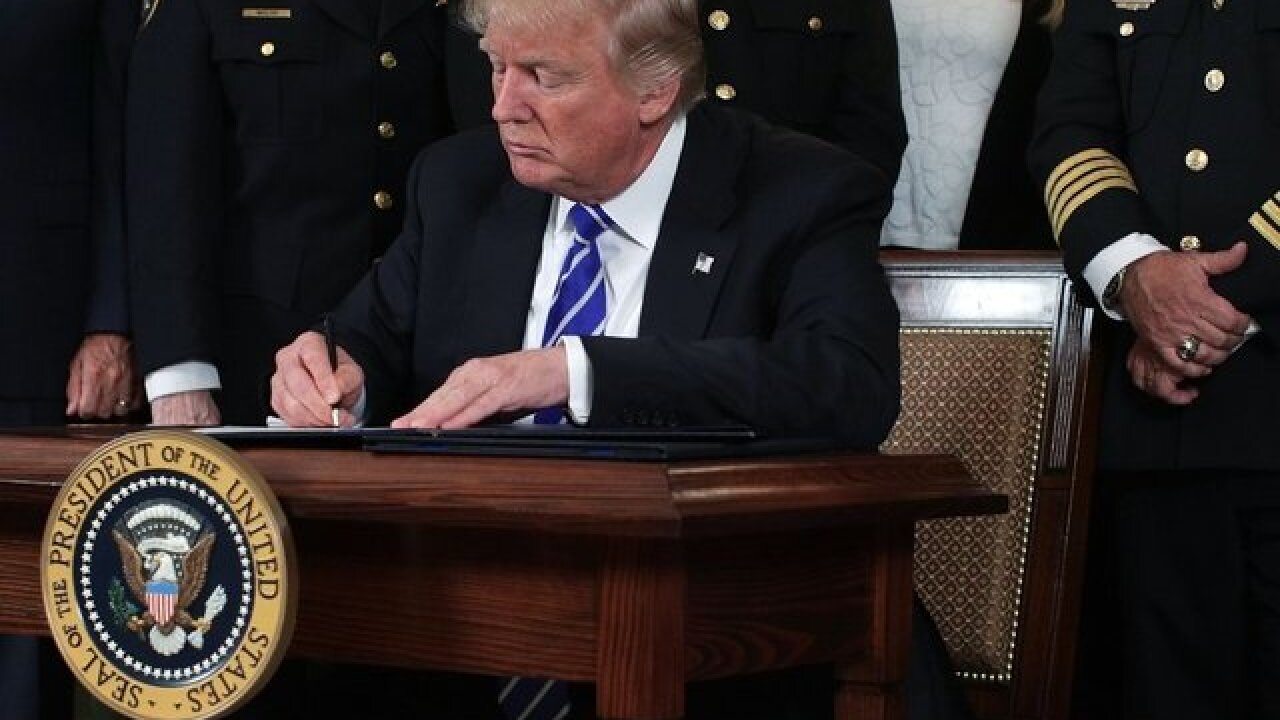 WASHINGTON (AP) -- President Donald Trump, who has a reputation for inflaming racial tensions, is defending himself against claims that he's racist by taking credit for recent job gains by black Americans.

The administration's argument Tuesday rested on a misleading boast that Trump has done more to help the economic well-being of minorities than Barack Obama, the country's first and only black president. It was similar to the unemployment and jobs figures the president has repeated at political rallies and on Twitter.

The implication seemed to be that Obama struggled to create jobs for his fellow minorities, while Trump has a sterling jobs record.

Trump has also frequently touted that black unemployment is at a record low. But that figure is volatile on a monthly basis. After achieving a record low of 5.9 percent in May, it has since jumped back up to 6.6 percent.

Trump is taking credit he doesn't deserve for job growth, according to many economists who view the continued growth since the middle of 2009 as the primary explanation for the recent hiring. More importantly, there are multiple signs that the racial wealth gap is now worsening and the administration appears to have done little, if anything, to specifically address this challenge.

"To identify a single indicator of employment as an indicator of economic health is, at best, incomplete," said Darrick Hamilton, a professor of economics at The New School in New York City. "It is intentionally deceptive to focus only on that indicator."

-- The homeownership rate for black Americans has fallen since Trump became president to 41.6 percent, according to the Census Bureau. The gap between white homeownership and black homeownership is now the widest since 1995.

Hamilton has examined Trump's $1.5 trillion worth of tax cuts over the next decade. While deficit-financed cuts might boost growth in the near-term, Hamilton found that the changes engineered to the tax code by the administration could worsen the racial wealth gap.

In a report released in May by the liberal Roosevelt Institute, he said the new tax law primarily helps high-income households and rewards people with existing wealth. He said it could increase local fees and fines that are generally a burden on minorities, and the loss of tax revenues could lead to layoffs for public employees, who are disproportionately black.

Sanders initially said Obama had only added 195,000 jobs for black Americans during his tenure compared with Trump's 700,000 new jobs in just two years. The U.S. economy actually added about 3 million jobs for black workers during Obama's tenure, according to the Bureau of Labor Statistics.

But after a cursory apology and correction on Twitter, the administration doubled down on its claims by stripping the jobs figures of one crucial piece of context: Obama inherited an economy in the worst tailspin since the Great Depression began in 1929, while Trump came into office after seven years of economic growth.

Aaron Sojourner, a professor of economics at the University of Minnesota and a former senior economist at the White House Council of Economic Advisers for Obama and Trump, said this context was the key difference between the two presidents' records.

"The administration was born on third base and wants to make us think they hit a triple," he said.