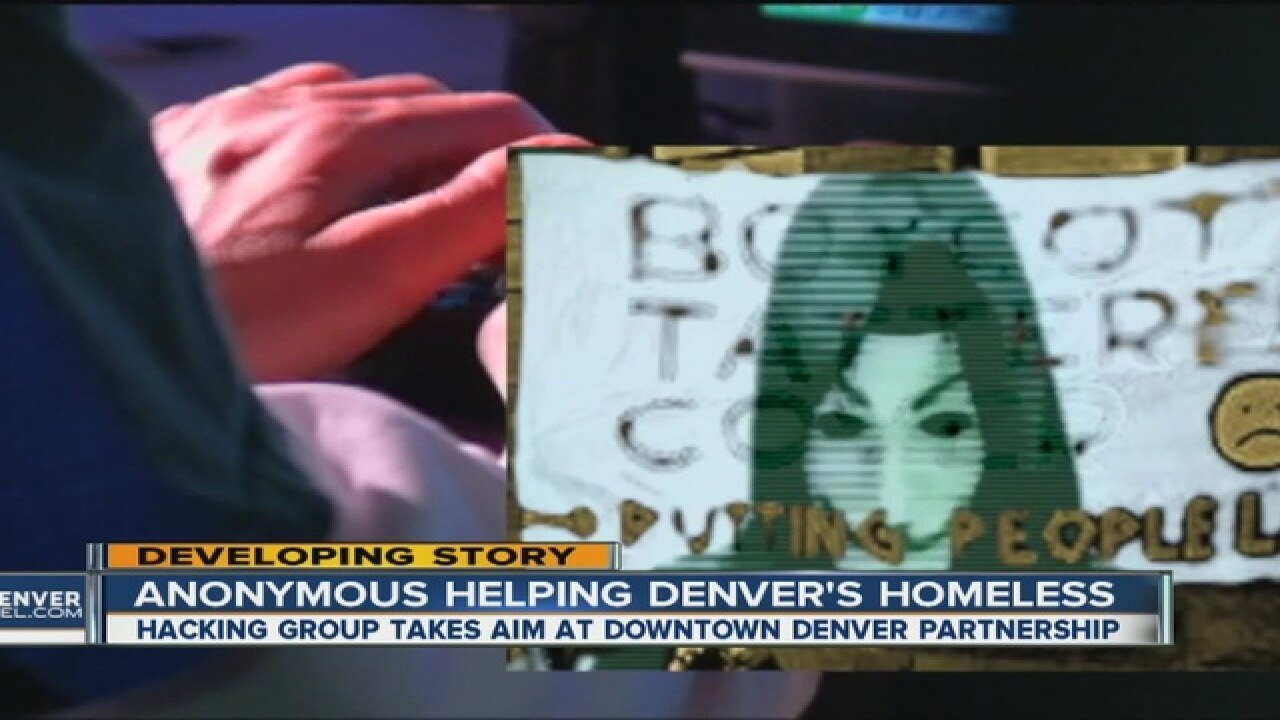 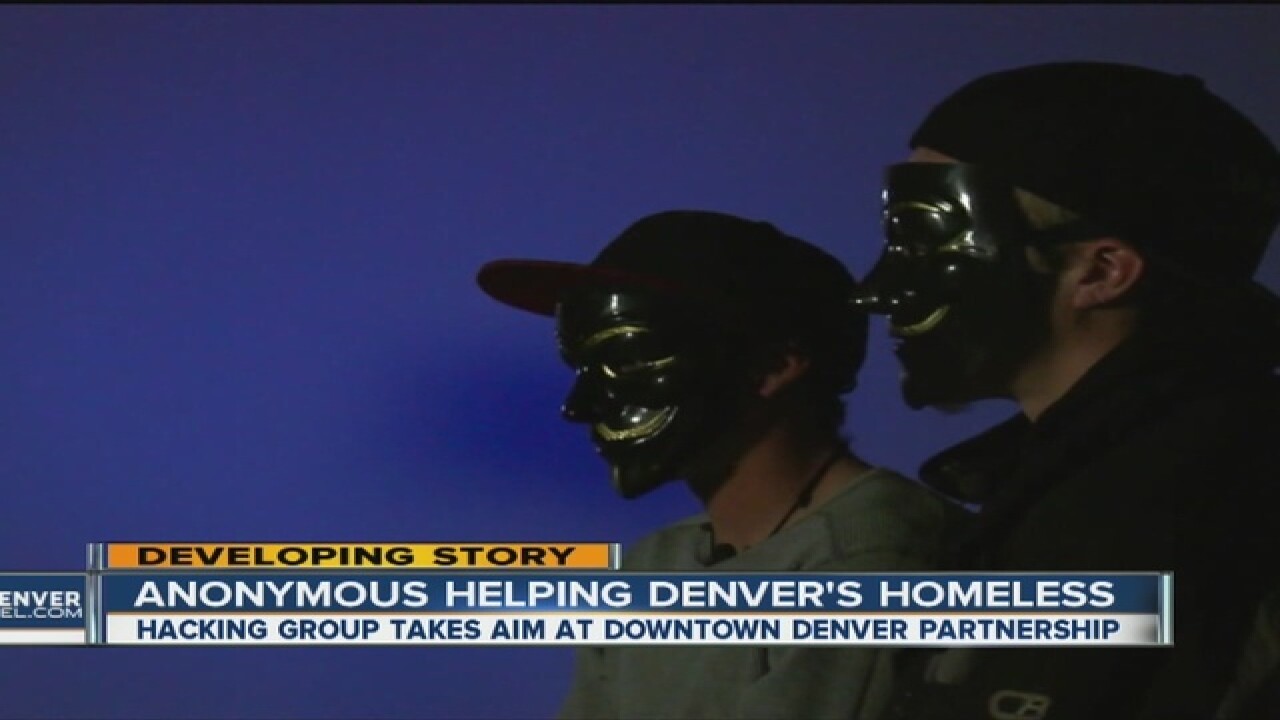 The international hacking organization ‘Anonymous’ has now focusing its efforts toward protesting the city of Denver’s actions towards the homeless population.

The city began clearing the homeless out of camps downtown two weeks ago.

Activists with Homeless Out Loud tell KMGH in Denver  that the city continues to keep the homeless populations moving along, even during the overnight hours.

Now, two members who claim to be with ‘Anonymous’ sat down with KMGH's Mark Boyle to explain why they are putting efforts toward cyber attacks against the city.

Poll: How much of a threat does Anonymous pose to the United States? | InsideGov

The group claims to have hacked into the city of Denver’s system for a short time, also briefly taking down the Tattered Cover’s website.

The two members of ‘Anonymous’ say the Tattered Cover is a target because of its association with the Downtown Denver Partnership.

In recent weeks, the Downtown Denver Partnership has some out as proponents of the city’s camping ban and the homeless sweeps.

The group said the small amount of hacks so far are just the tip of the iceberg.

The group though says this first phase is to raise awareness to the issue, the second phase that will be released in the near future will be a solution that everyone can live with.

The city responded with the following statement:

“There is more work to do. Homelessness is not something that happens because of a single issue – people experience homelessness for a wide spectrum of reasons so our approach to helping those who are homeless must be just as broad. In 2015, the City and County of Denver spent approximately $40.7 million on a variety of programs and initiatives for those experiencing homelessness, those at-risk of falling into homelessness and the formerly homeless. This year the city projects it will spend approximately $47.6 million on programs and initiatives geared toward helping this population.”