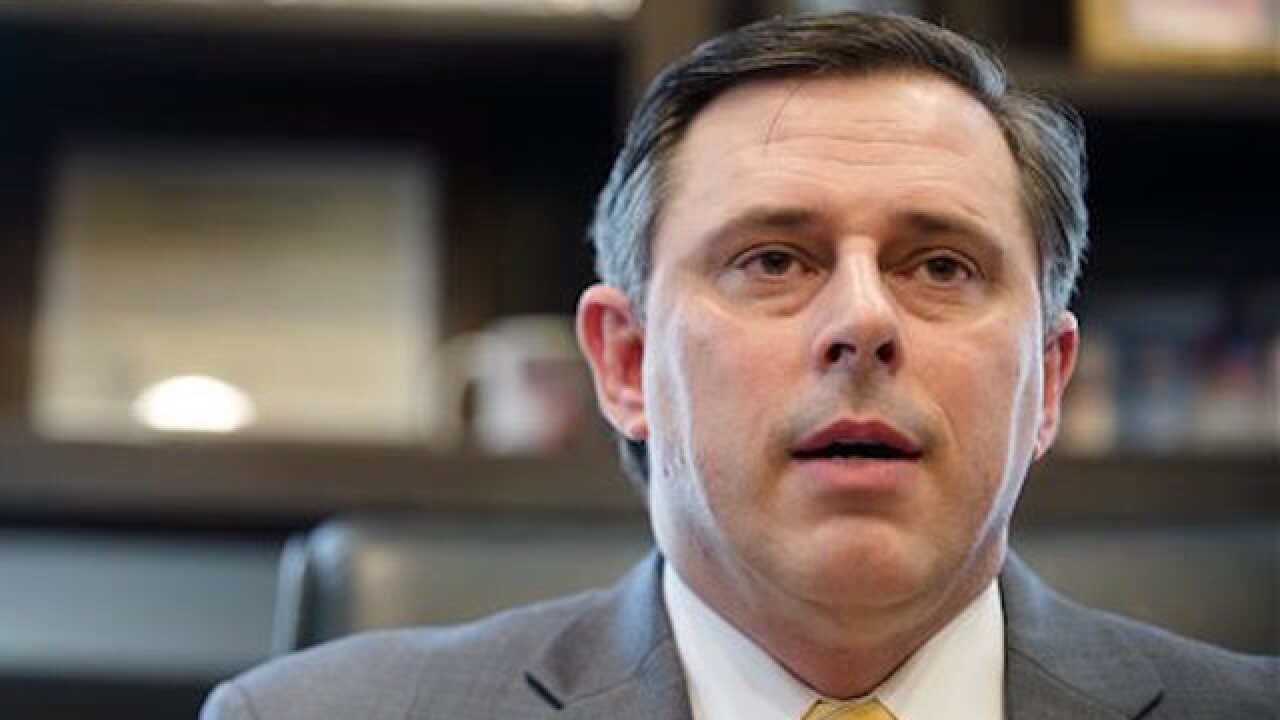 Julie Bennett
<p>Spencer Collier, former head of the Alabama Law Enforcement Agency, holds a press conference about his termination from his position on Wednesday, March 23, 2016, in Montgomery, Ala. Gov. Robert Bentley announced Tuesday that he is terminating Collier as the head of the Alabama Law Enforcement Agency. The decision came hours after the acting head of ALEA says there was an ongoing investigation into the possible misuse of state funds within the agency. (Julie Bennett/The Birmingham News via AP)</p>

MONTGOMERY, Ala. (AP) — Alabama Gov. Robert Bentley is admitting that he made inappropriate remarks to a female staffer two years ago but says he never had a physical relationship with the woman.

Bentley spoke to reporters Wednesday after the state's former top law enforcement official made a series of accusations. That official, former Law Enforcement Secretary Spencer Collier, had been fired Tuesday. He said during a news conference that he believed the governor had an inappropriate relationship with a female staffer.

Collier says another law enforcement officer played a recorded conversation for him in which Bentley makes sexual remarks to a woman.

The governor divorced last year after Dianne Bentley said their marriage had suffered a breakdown.