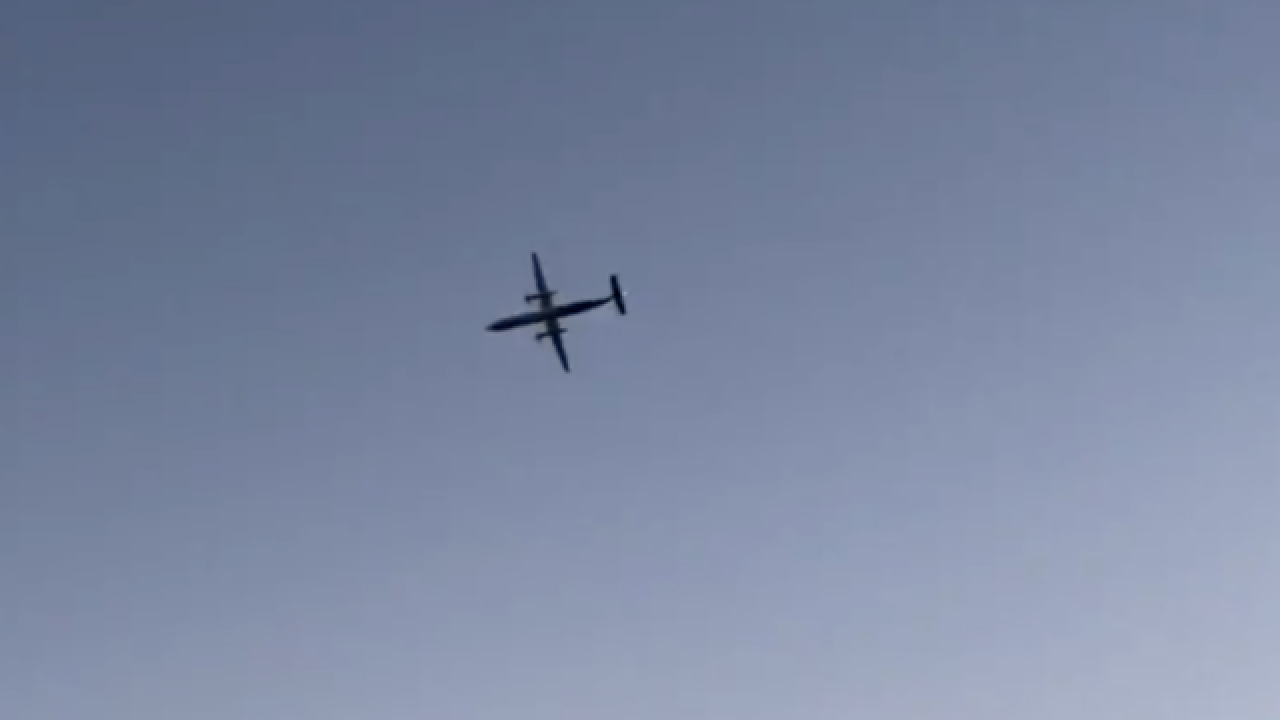 SEATTLE (AP) -- Alaska Airlines says there was an “unauthorized take-off” of an airplane and witnesses reported a jet being chased by military planes near Sea-Tac International Airport in Washington state.

The airline tells The Associated Press that the plane was a Horizon Air Q400 and it believed no passengers were on board.

Some dude stole a plane from #Seatac (Allegedly), did a loop-the-loop, ALMOST crashed into #ChambersBay, then crossed in front of our party, chased by fighter jets and subsequently crashed. Weird times. pic.twitter.com/Ra4LcIhwfU

Horizon Air is part of Alaska Air Group and flies shorter routes throughout the U.S. West.

The Q400 ix a turboprop aircraft with 76 seats.