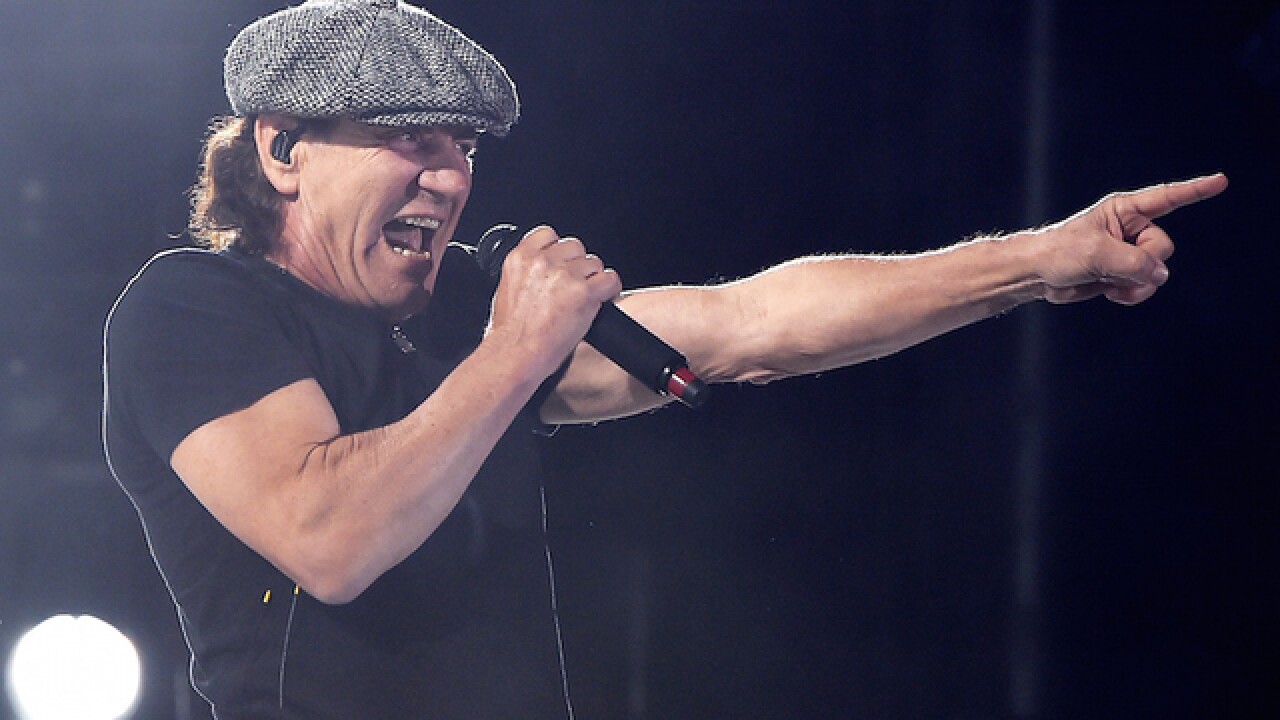 NASHVILLE, Tenn. (AP) — AC/DC singer Brian Johnson says he's not retiring from music after doctors told him that he risks substantial hearing loss if he continues to perform in large arenas and stadiums.

Johnson said in a statement released through his publicist on Tuesday that he intends to continue to record in studios and will continue treatment to improve his hearing. The "Back in Black" singer will be replaced by Guns N' Roses singer Axl Rose for the Rock or Bust World Tour beginning May 7 in Lisbon.

Johnson said he is "personally crushed" at the news that he could no longer perform and feels terrible for disappointing fans. But he said his attitude is optimistic and he is hoping that his hearing will improve enough for him to return to live performances.