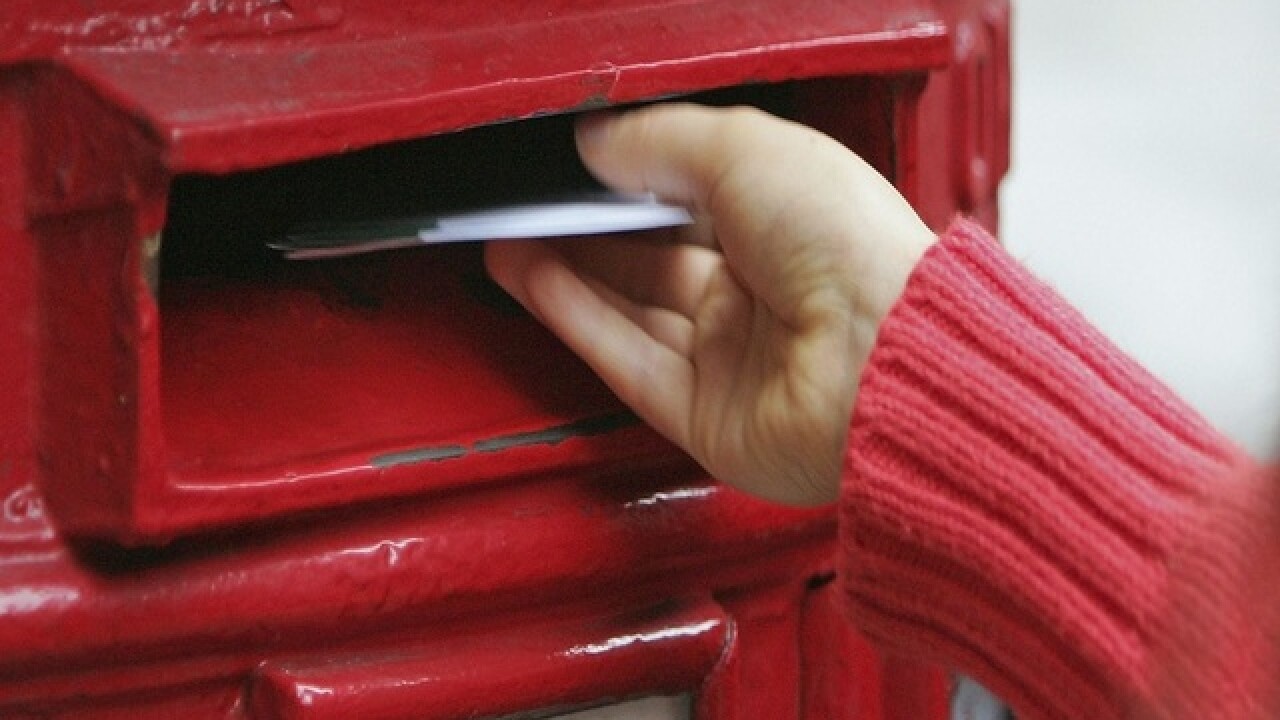 Scott Barbour
<p>LONDON - OCTOBER 18: A woman places a letter inside a post box on October 18, 2006 in London, England. A petition of four million names will be handed into Downing Street today as postmasters seek urgent government action to protect the network of rural post offices. (Photo by Scott Barbour/Getty Images)</p>

By: Mina Abgoon
Posted at 10:20 PM, Mar 27, 2016
It’s like finding that random, single onion ring in your order of French fries – just a bit more serious. And fuzzy.
A couple residents of West Sussex, England, opened a box of DVDs they ordered earlier this week to find the movies, of course, but also a little something extra.
Inside the large box was a badly-dehydrated Siamese cat.
Julie Bagott assembled the DVDs from her home in Cornwall, England, and apparently didn’t notice that her little furball Cupake had snuck into the box.
260 miles and eight days later, Cupcake arrived on the other side of the country – alive, though not in good condition.

A very happy ending to an extraordinary story, all thanks to a microchip! http://www.grovelodgevets.co.uk/blog/cat-in-the-box

“When I realized she was missing, two weeks ago, it was the most horrible, scary feeling,” Baggott told BBC South Today. “We looked everywhere for her.
Cupcake was reportedly taken to Worthing’s Grove Lodge Veterinary Group for a health check, and – thanks to her microchip – was identified.
“Everyone was delighted and even more so when we found that the contact details were up to date and we were able to contact her owners straightaway,” vets said in a press statement Thursday. “They had been frantically searching for their beloved cat, putting up posters in the local area but not for one second realizing that she had been accidentally posted to an address in West Sussex, more than 260 miles away!”
Though she needed some treatment, vets said that Cupcake will make a full recovery and has returned home.
Scripps Only Content 2016