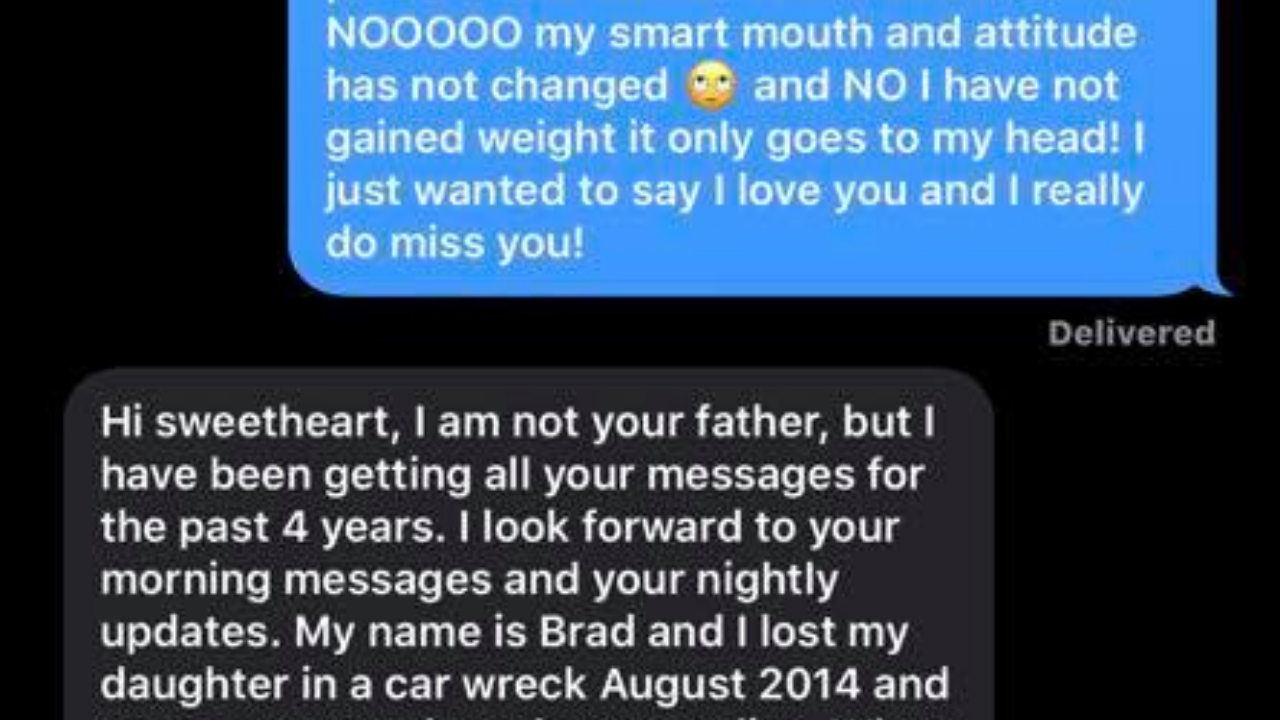 Even though he had passed, she continued to text her father's number with life updates and other messages.

The night before the anniversary of her father's death, Patterson did as she's done before and texted her dad. What made this time so different was that the man on the other end responded.

He said his name was Brad and that he has been receiving Patterson's messages the past four years.

What made the moment even more special is that the two were bonded in tragedy.

Brad lost his daughter in a car wreck in August 2014. He told Patterson that her messages "have kept [him] alive."

He told Patterson he had not reached out before because he didn't want to break her heart.

Brad then ended the message by saying he wished his little girl would have become the woman Patterson is, and that he is so proud of her.

This article was written by Sydney Isenberg for KXXV.