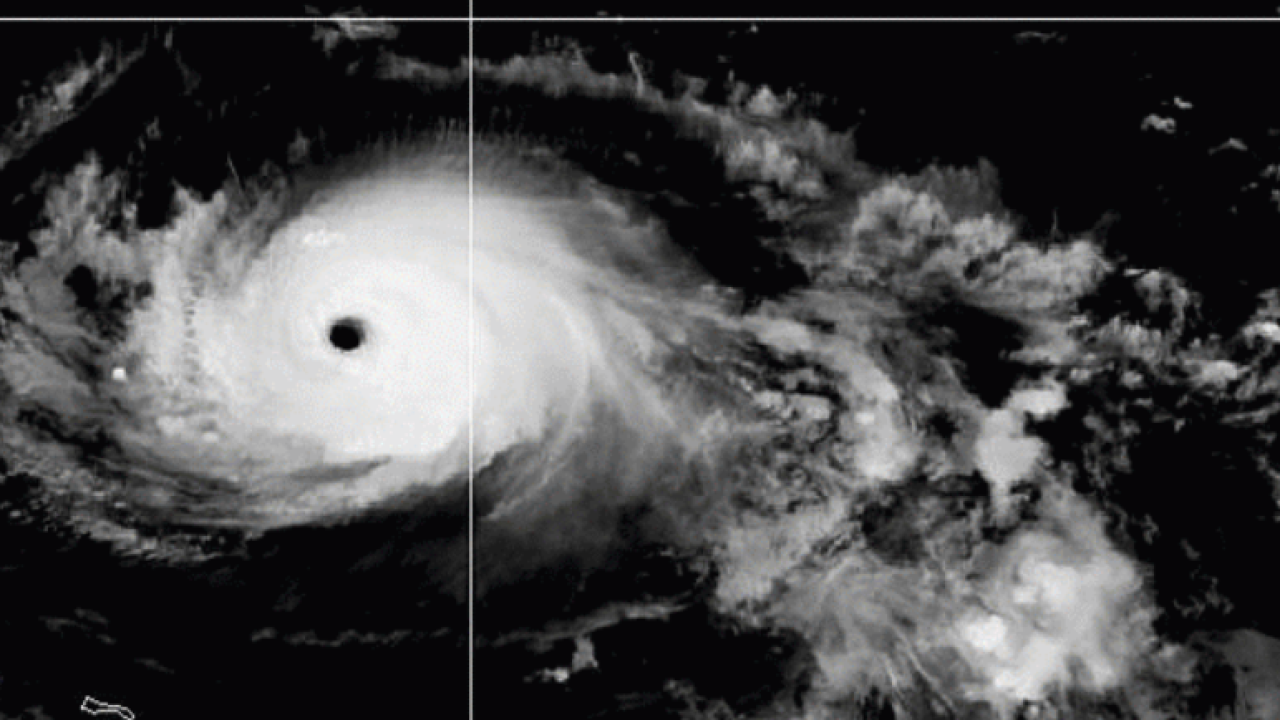 Hurricane Dorian is no small threat.

Florida Gov. Ron DeSantis has declared a state of emergency, urging residents to stockpile enough supplies for a week. The Bahamas Prime Minister has warned residents they may pay with their life if they choose not to evacuate.

And President Donald Trump said the Category 4 hurricane with 140 mph winds looks like it "can be an absolute monster."

Here's what to expect in the coming days:

Dorian is barreling toward the US at 140 mph with even higher wind gusts, moving over the Atlantic well north of the Bahamas. As it spins northwestward it is expected to get stronger, possibly up to 150 mph. Category 5 winds are from 157 mph and higher.

A hurricane warning was issued for the northwestern Bahamas excluding Andros Island, where a hurricane watch remained in effect.

"A warning is typically issued 36 hours before the anticipated first occurrence of tropical-storm-force winds, conditions that make outside preparations difficult or dangerous," the National Hurricane Center says. "Preparations to protect life and property should be rushed to completion."

The storm will be near or over the northwestern part of the Bahamas.

The islands will feel the effects of the hurricane Sunday evening, with wind speeds of up to 145 mph -- equivalent to a Category 4 hurricane.

The hurricane could weaken slightly at its interaction with the Bahamas, CNN Meteorologist Robert Shackelford said.

"Although fluctuations in intensity are possible early next week, Dorian is expected to remain a powerful hurricane during the next few days," the hurricane center said.

Hurricane Dorian will start getting closer to the Florida east coast late Monday, the center says.

The storm will begin to slow down considerably and weaken to a potentially weak Category 4 or a high Category 3 hurricane by Monday night, Shackelford said.

"The landfall date (and) time is still uncertain. As of now, it is forecast to approach the Florida coast near Melbourne, but it may move along the coast instead of making a direct landfall," he said.

The center of the storm will not be over mainland Florida, and will instead move northward along the coast toward Jacksonville, he said.

But even if it doesn't make direct landfall, the effects of areas near the center of the storm will be very dangerous.

"People still need to take heed to the fact that as of now, the hurricane can bring winds of 125 mph when the center reaches its highest proximity to the Florida coastline," Shackelford said.