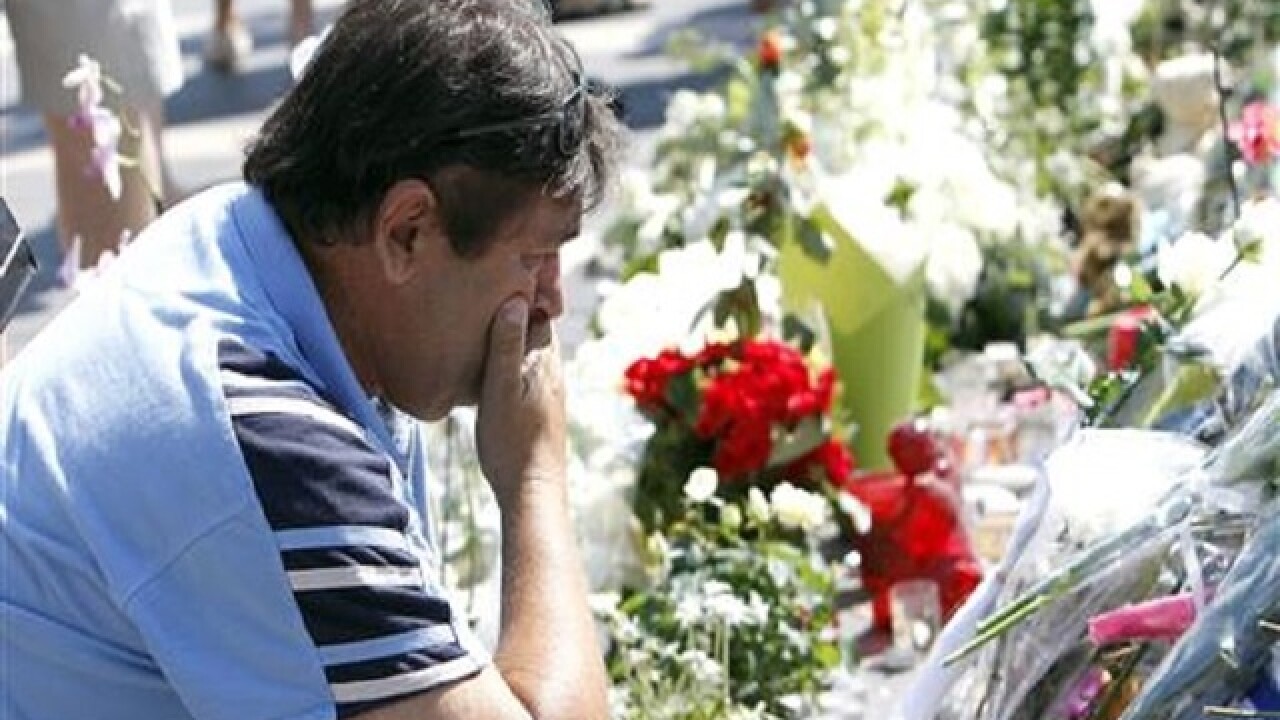 PARIS (AP) — Paris prosecutors say that there have been eight new arrests in connection with the Bastille Day truck attack in Nice that left 86 people dead.

Prosecutors said Tuesday that the suspects were linked to the attacker, Mohamed Lahouaiej Bouhlel, and the arrests came Monday in the Alpes-Maritimes region in the southeastern corner of France that includes Nice. The eight men arrested are Tunisian and French.

The Islamic State group has claimed responsibility for the July 14 attack, in which Bouhlel — a Tunisian with French residency — plowed a 19-ton truck down Nice's Promenade des Anglais, barreling into a crowd assembled for a fireworks display.