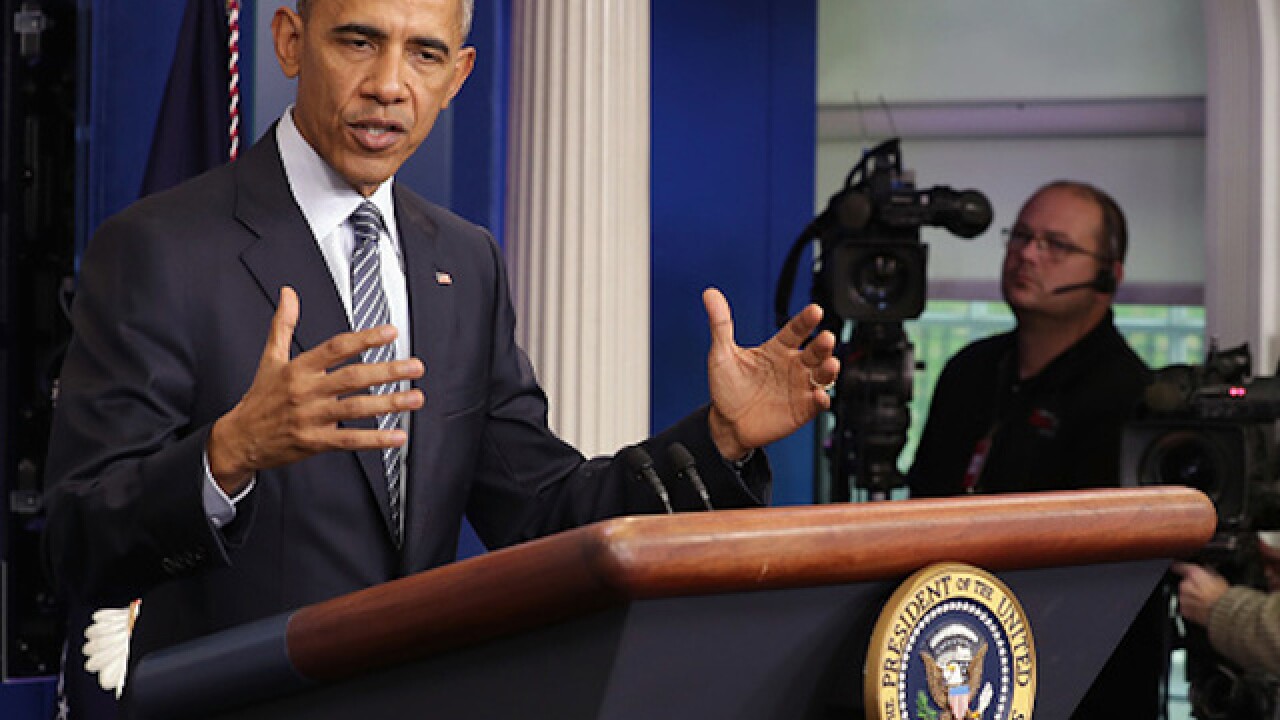 On Monday, outgoing President Barack Obama had his first news conference following last week's decisive election that Republican Donald Trump won, despite prior calls from Obama claiming Trump was "unfit" for the office.

Obama would not go as far to call Trump unfit for office after meeting with him last Thursday.

Obama met with Trump on Thursday, and that conversation was a major subject during Monday's news conference.

1) "The people have spoken"

Despite campaigning against Trump, he took a deferential tone in Monday's news conference.

"Donald Trump will be the next president," Obama said. "It will be up to him for him to setup a team that will reflect him well and his policies. Those who didn’t vote for him have to recognize that is how democracy works."

Obama pointed out that the 2016 election was a relatively low turnout election compared to recent campaigns.

"Hopefully it is a reminder that elections matter and voting counts," Obama said. "I don’t know how many times we have to relearn this lesson since we had 43 percent of the nation not vote."

During last Thursday's conversation, Obama said that Trump reaffirmed his support of the NATO agreement that the United States has with a number of European nations.

"There is enormous continuity beyond the day to day news that makes us the indispensable resource for the world," Obama added.

Trump has not repeated those comments since, and has not made ending NATO a part of his campaign message.

"When your team loses, your team gets deflated and it's hard and challenging," Obama said. "I think it is a healthy thing for the Democratic Party to go through some reflection. I think it is important for me to not be big footing that conversation, that is why I think term limits are a useful thing."

Obama suggested that the party should build from the ground up, by putting party resources into down-ballot races. He also said it is important for the party to stay on message.

"I think the democrats should not waver on our core beliefs and principles," he said. "How we organize politically is something we should spend some time thinking about."

4) The success of being president depends on staff

Obama said that after eight years, he continues to learn more about what it takes to be president. Obama credited his staff for his success as president.

Obama would not say whether he agrees with two of Trump's first appointments, Steve Bannon as special advisor and Reince Priebus as Chief of Staff. Bannon's appointment has come under fire given Bannon's work as editor of Breitbart, where he authored a number of questionably racist and sexist headlines.

"I think it is fair to say it would not be appropriate for me to comment on every appointment he makes," Obama said.

"The most important point I made is that how you staff, particularly your chief of staff, national security advisor, white house advisor, how you setup a process and system to surface information, generate options, understanding the president is the final decision maker, that has to be tended to right away," Obama said.

Obama admitted to the media that he is concerned about Trump's presidency, but also said that Trump has some skills and abilities he can use as president. Obama said that Trump's lack of a solid policy foundation could make him open to change.

"I also think he is coming to this office with fewer set hard and fast policy prescriptions than other presidents arrive with," Obama said. "I think he is pragmatic in that way, and that can serve him well as long as he’s got good people around him."

"Regardless of what experience or assumptions he brought to the office, this office has a way of waking you up," Obama added. "Those aspects of his positions or predispositions that don’t match up with reality, he will find shaken up pretty quick. Reality has a way of asserting itself. Some of the gifts that allowed him to execute one of the biggest upsets in political history, hopefully he will put to good use for the American people."