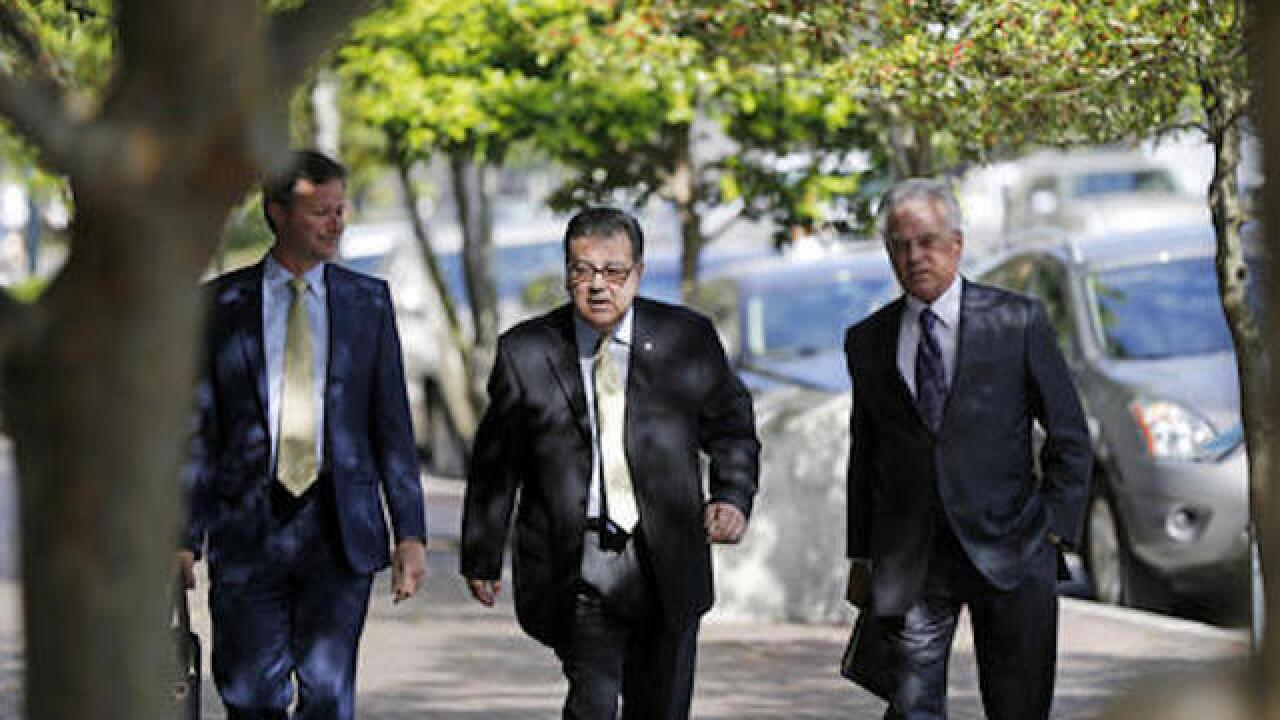 NEW ORLEANS (AP) — Five former police officers pleaded guilty Wednesday to a reduced number of charges in the deadly shootings on the Danziger Bridge in the days following Hurricane Katrina and are expected to be sentenced to far less prison time than they originally faced.

The officers were convicted in 2011 but U.S. District Judge Kurt Engelhardt set aside the jury's verdict two years later because of misconduct by federal prosecutors — including anonymous online comments about the case.

Four of the former officers have been locked up for nearly six years while the fifth has been out on bond. Their original convictions called for them to serve anywhere from 65 years to six years in prison. The plea deal has them serving a range of 12 to three years.

On Sept. 4, 2005, days after the levees failed and water swamped the city, police gunned down 17-year-old James Brissette and 40-year-old Ronald Madison, who were both unarmed, and wounded four others on the Danziger Bridge. To cover it up, the officers planted a gun, fabricated witnesses and falsified reports, prosecutors have said.

Police said at the time the officers were responding to a report of other officers down when they came under fire.

However, after hearing from five dozen witnesses and examining 400 pieces of evidence during a monthlong trial, a federal jury convicted the officers for opening fire and trying to cover up wrongdoing.

Under the new plea agreement, they will get credit for time served and they could be released from prison anywhere from the next one to six years.

A scandal involving Justice Department employees unraveled the convictions and sentences. In September 2013, the judge said the case had been tainted by "grotesque prosecutorial misconduct," including leaks to media and posting of anonymous comments by at least three government attorneys on a New Orleans newspaper's website.

Prosecutors have argued that there is no evidence the misconduct affected the verdict.