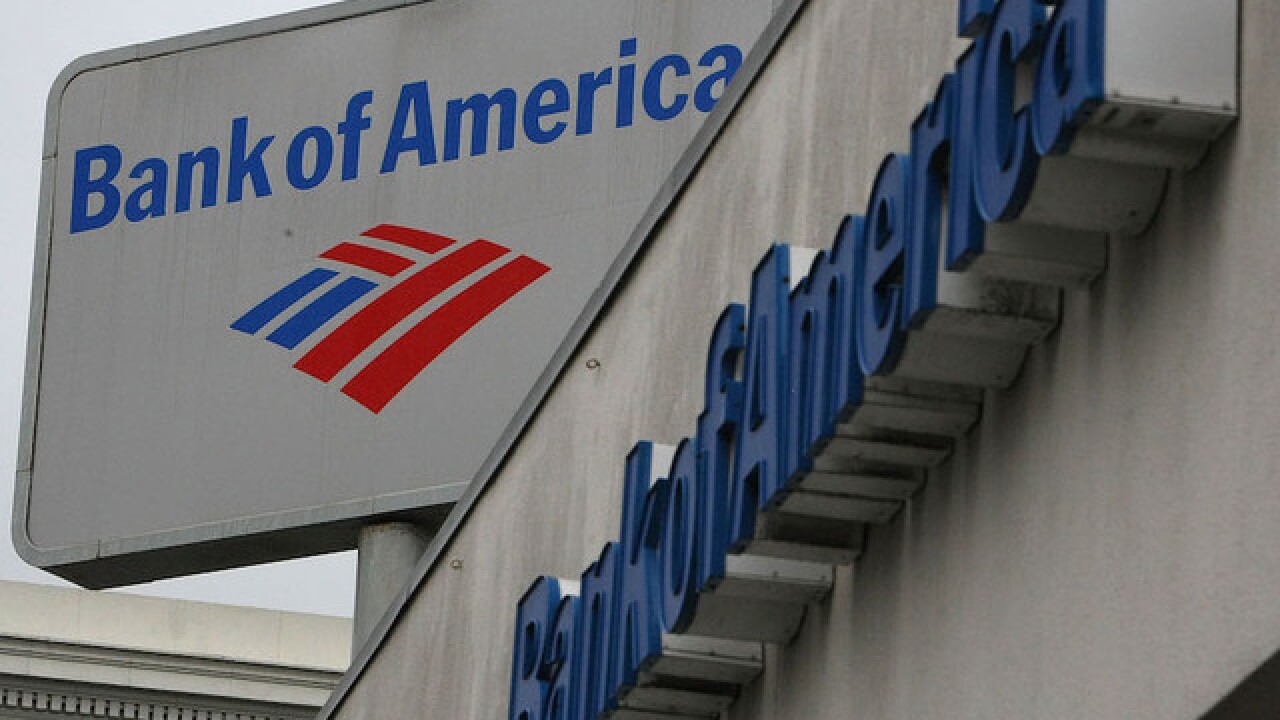 WASHINGTON (AP) — Federal regulators say five of the biggest banks in the U.S. haven't worked out strong plans for how they might reshape themselves in case of failure, which could leave them unable to survive without another taxpayer bailout.

JPMorgan Chase, Bank of America, Wells Fargo, Bank of New York Mellon and State Street Bank were cited Wednesday by the Federal Reserve and the Federal Deposit Insurance Corp. for gaps in their bankruptcy plans known as "living wills" that they were required to submit. The five banks — with a total of about $5.6 trillion in assets — were among eight Wall Street behemoths whose plans were evaluated.

The two agencies found the five banks' plans are "not credible" or insufficient for an orderly restructuring in the event of bankruptcy. The regulators gave the banks an Oct. 1 deadline to fix the problems or face possible "more stringent" requirements. That could include ordering the banks to beef up their capital cushions against unforeseen losses. If the regulators still weren't satisfied, banks eventually could be forced to sell off assets.

The news comes in a week when several major banks are expected to report weak earnings for the first quarter.

"We are going to do everything we can to fix this issue," JPMorgan CEO Jamie Dimon said in a conference call with reporters.

The biggest U.S. bank, with some $2 trillion in assets, reported Wednesday that its first-quarter profit fell more than 8 percent from a year earlier, hurt by weak performance in its investment business.

In their 18-month review, the Fed and the FDIC also found weaknesses that must be addressed in the plans of Goldman Sachs and Morgan Stanley. The agencies' assessments differed. Only the FDIC deemed Goldman's plan "not credible," the more serious label, while only the Fed accorded the "not credible" finding to Morgan Stanley. .

The agencies also found shortcomings to be fixed in Citigroup's plan, but they didn't rise to the "not credible" level.

All eight banks must file the next round of plans by July 1 of next year.

The exercise was mandated under the financial overhaul law enacted in the wake of the crisis that struck in 2008 and set off the Great Recession. It is designed to check that big banks — which received hundreds of billions in bailouts — are prepared in case of financial disaster and aren't "too big to fail."

The big banks are in strong financial shape and are facing no threat of collapse. They sit on sturdy bases of capital that the regulators ordered them to shore up in recent years. The banking industry as a whole has recovered steadily since the financial crisis, marking climbing quarterly profits.

Rather, the "living will" assessments are part of the regulators' effort to avoid another taxpayer bailout of Wall Street banks in a crisis and to end the marketplace perception that the government would step in and rescue them. Under the 2010 overhaul law, the FDIC has the authority to seize and dismantle big financial firms that could collapse and threaten the broader system. The banks' "living wills" could serve as guidelines for possible breakups by the government.

Wells Fargo said it was "disappointed" by the regulators' assessment of its plan. Still, the bank noted that the regulators acknowledged that it had taken steps to correct the problems.

"We view the feedback as constructive and valuable," San Francisco-based Wells Fargo said in a statement.

The two agencies already had put the big banks on notice in mid-2014 that they had to correct serious deficiencies in their "living wills" — such as a lack of details and relying on unrealistic assumptions. The banks were told to go back to the drawing board. Only the FDIC, not the Fed, used the "not credible" wording at that time.

This story has been corrected to show that major banks were reporting earnings for the first quarter, not fourth, this week.