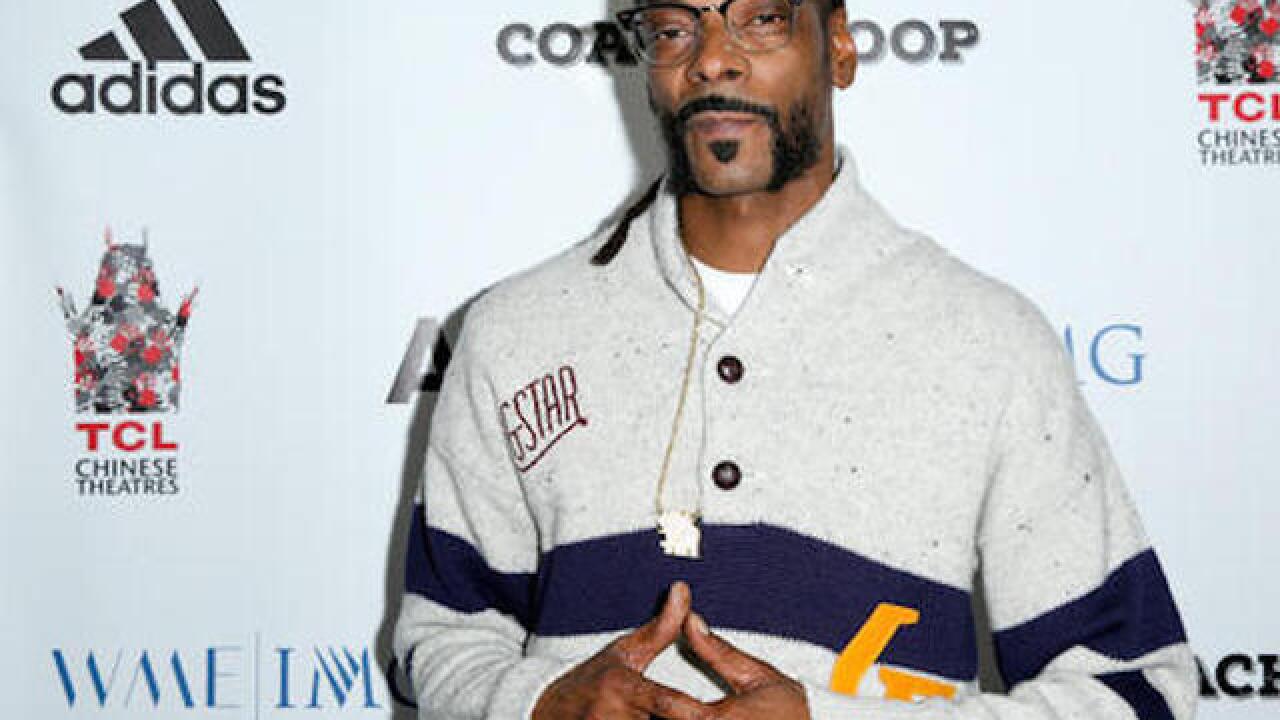 Copyright Associated Press
Rich Fury
<p>FILE- In this May 16, 2016, file photo, Snoop Dogg arrives at the LA Premiere of "Coach Snoop" at the TCL Chinese 6 Theatres in Los Angeles. Authorities say multiple people have been hurt after a railing collapsed during an outdoor concert by Snoop Dogg and Wiz Khalifa in southern New Jersey on Friday, Aug. 5. (Photo by Rich Fury/Invision/AP, File)</p>

CAMDEN, N.J. (AP) — One person remained hospitalized and dozens of others were injured after a railing collapsed during a New Jersey concert by rappers Snoop Dogg and Wiz Khalifa.

A partition separating concertgoers from a secondary stage at the BB&T Pavilion in Camden collapsed around 10:30 p.m. Friday, authorities said, causing people to fall roughly 10 feet onto the concrete below.

The collapse occurred as the performers were gesturing to fans to come toward the stage, officials said. That's when people rushed toward the railing and it collapsed.

The railing was separating a sloping lawn from a covered portion of the outdoor concert hall. The lawn is several feet above a concrete walkway.

One fan suffered a serious upper body injury and remained hospitalized Saturday in stable condition, Camden County spokesman Dan Keashen said Saturday. But the person's name and further details on his or her injuries were not disclosed.

Forty-one other concertgoers were treated for bruises and other minor injuries, though some fans had broken bones.

Concertgoer Katie Colbridge said the show, which was about halfway finished, stopped abruptly when the accident happened. The performers were ushered from the stage moments after the collapse occurred, and the show was later canceled.

An announcer urged the audience to remain calm as police and medics responded to the scene to tend to the injured. Many people left the area, while others were limping off or needed assistance from others.

Camden city spokesman Vincent Basara said city fire crews and inspectors responded to the scene and remained there Saturday morning. They were working to stabilize the railing where the collapse occurred and determine what repairs would be needed.

An "I Love the 90's" concert featuring Salt N Pepa, Vanilla Ice and other performers was scheduled for Saturday night at the pavilion. Officials said the show would take place, though it wasn't clear if any areas would be blocked off during the show.