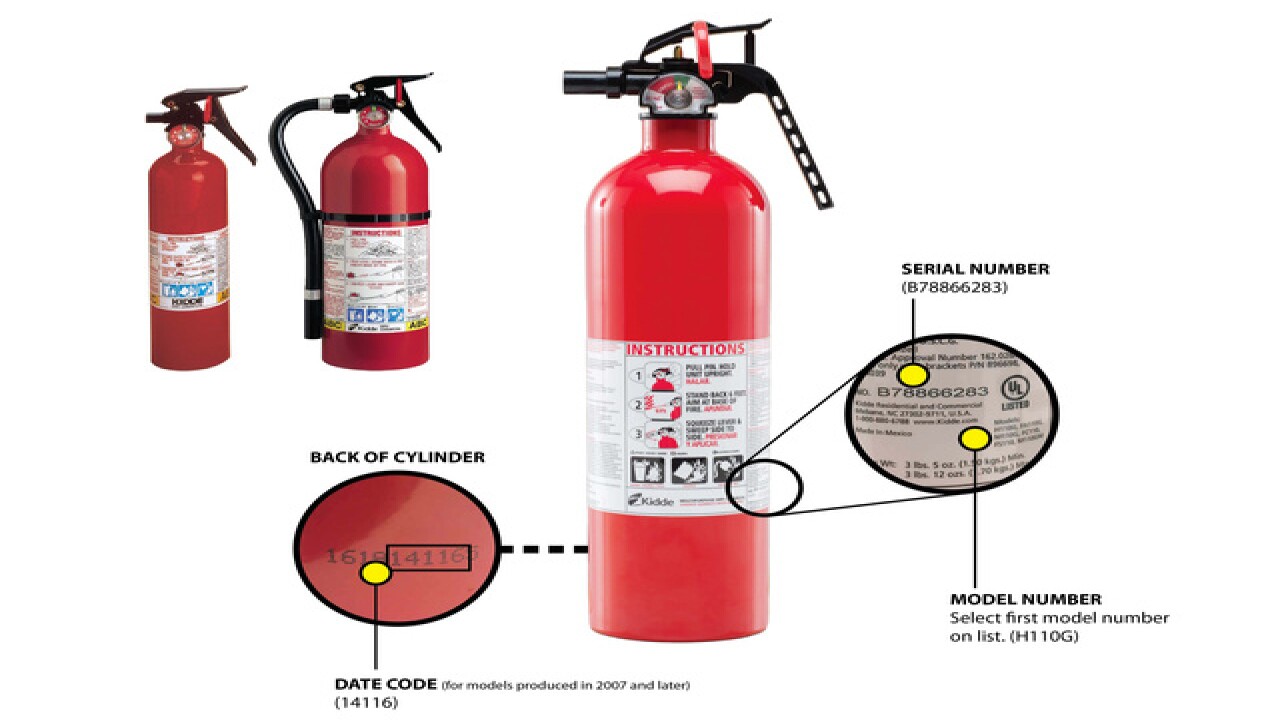 They were sold in red, white and silver and are either ABC- or BC-rated.

According to the CPSC, there has been one death reported due to the recall. In 2014 emergency responders could not get the fire extinguishers to work during a car fire. There have also been 391 reports of failed or limited activation nozzle detachment, 16 injuries and 91 reports of property damage.

They were sold at Menards, Montgomery Ward, Sears, The Home Depot, Walmart and other department, home and hardware stores across the country, and at Amazon.com.