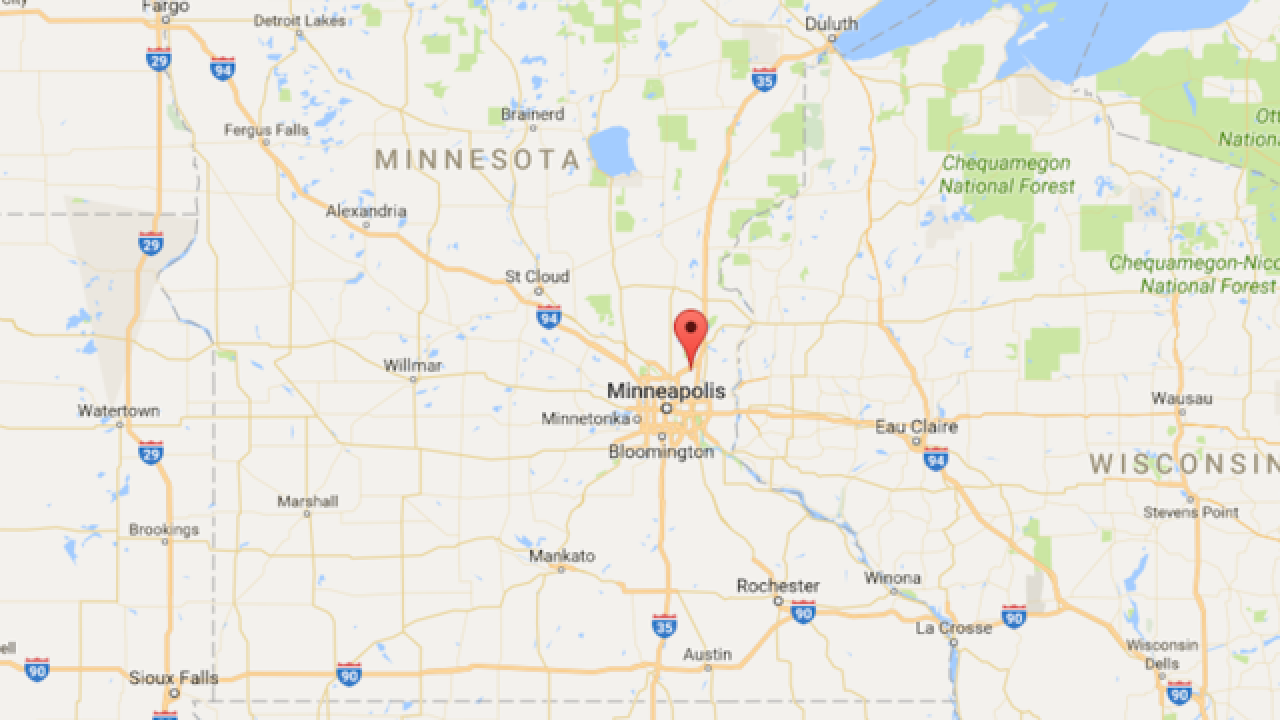 LINO LAKES, Minn. (AP) — A helicopter apparently broke apart as it fell from the sky before crashing and bursting into flames in a Twin Cities suburb, killing two people, sheriff's officials said Friday.

The wreckage was still on fire when emergency personnel arrived at the sod field in Lino Lakes where the helicopter crashed about 5:30 p.m. Thursday, the Anoka County Sheriff's Office said in a statement. The amount of debris scattered over several hundred yards suggested the helicopter was breaking apart as it descended, officials said.

The pilot was a 48-year-old Minneapolis man and his passenger was a 47-year-old woman from Blaine, according to sheriff's officials. Their remains have been recovered from the crash scene.

Witnesses told investigators they heard a loud pop or explosion and saw the helicopter's rotors stop spinning before it started falling and breaking apart.

Authorities said the 1982 Fairchild Hiller had been on a flight earlier in the day with no mechanical issues. The second, fatal flight originated at the Anoka County Airport in Blaine, the statement said.

"This is a horrible tragedy. I can't begin to describe what that scene looks like," said Anoka County Sheriff's Cmdr. Paul Sommer Thursday night.

"There's a large fireball and there's wreckage," he said.

No one on the ground was hurt.

Sommer said it didn't appear that the crash was caused by an entanglement with power lines, saying the helicopter was flying at a much higher altitude when it started to go down.

The Federal Aviation Administration and National Transportation Safety Board will investigate, according to FAA spokeswoman Elizabeth Isham Cory. Authorities asked Lino Lakes residents to contact the police if they find any objects that could be debris from the aircraft.