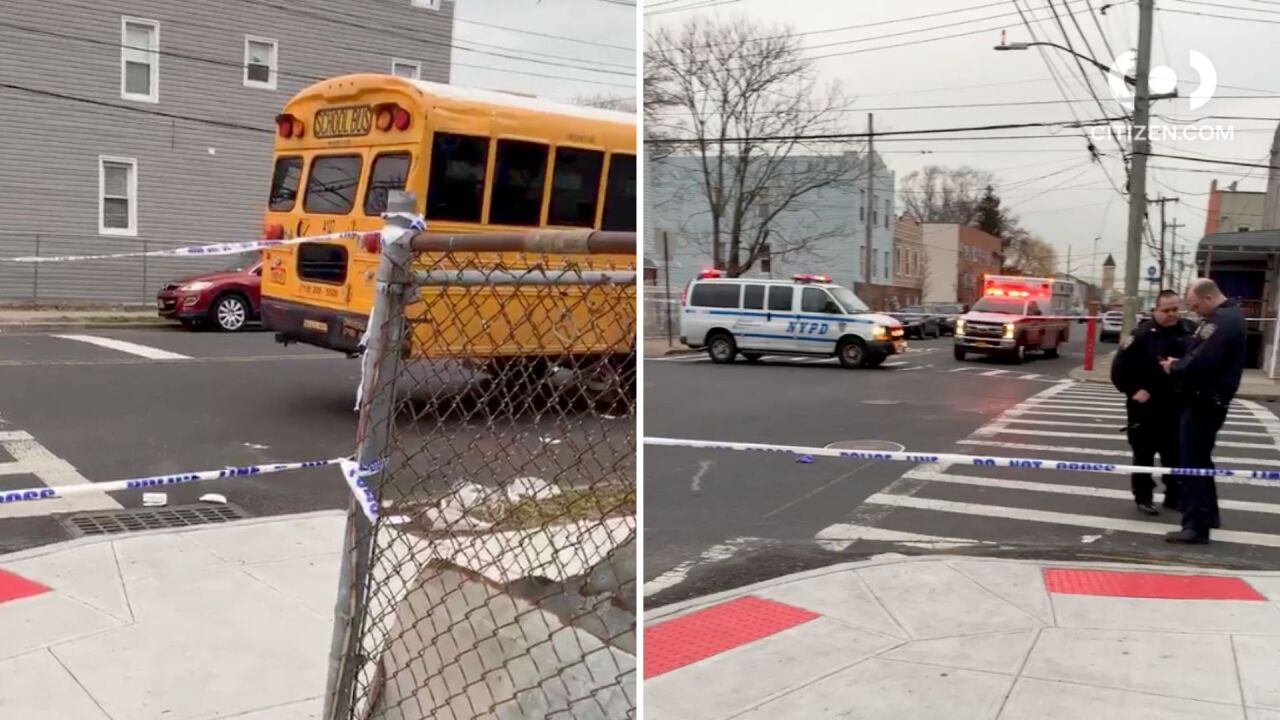 NEW YORK — A child is dead after being struck by a bus in Brooklyn on Tuesday morning, according to police.

A 10-year-old girl was crossing the street when she was struck by a school bus around 6:30 a.m. near the intersection of Crescent Street and Wortman Avenue in the East New York neighborhood of Brooklyn police said.

Officials said the bus was making a right turn when it struck the girl while she was in the crosswalk.

The child was initially transported to a nearby hospital with her parents in critical condition, but was then pronounced dead at the hospital, authorities said.

The bus driver remained on the scene, and no arrests have been made. The investigation remains ongoing.

Tuesday's incident marked the 16th pedestrian killed in New York streets so far in 2020, and the third in the last 48 hours.

On Monday, a 59-year-old woman was killed by a vehicle in the Bronx, while a 26-year-old man was fatally struck in a hit-and-run in Brooklyn Sunday morning.

This story was originally published by Mark Sundstrom on WPIX in New York.