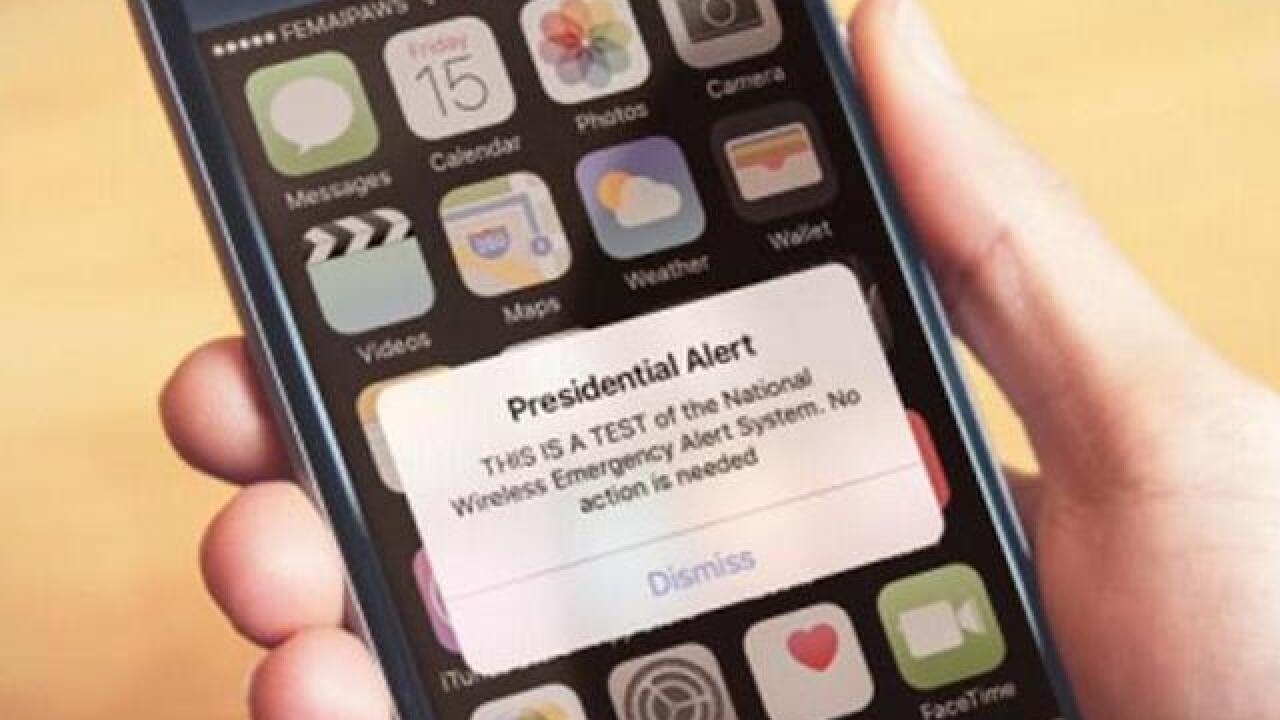 You'll soon be getting a message on your phone from the President of the United States -- whether you are a supporter or not.

It's not a political message, but an emergency test message sent from President Donald Trump as part of the Federal Emergency Management Agency's system to warn the public in cases of emergency, such as dangerous weather, and missing children.

A majority of cell phone users will receive an alert on Thursday, September 20, with the header "Presidential Alert" and the message, "THIS IS A TEST of the National Wireless Emergency Alert System. No action is needed."

This is the first time FEMA has tested its Wireless Emergency Alert system on the presidential level in hopes to work out the kinks, the agency said in a press release this week.

You can expect to see the alert pop up on your phone at 2:18 p.m. ET so long as you have your phone turned on, are within range of a cell tower, and if your wireless provider is part of the WEA system.

The WEA test will be broadcast over the course of about 30 minutes and sound the same as an AMBER Alert. Users can't opt out of the WEA test, according to FEMA.

More than 100 carriers, including the largest carriers (Verizon, AT&T, Sprint, T-Mobile), will participate in the emergency alert test, FEMA said.

FEMA will also run a test of its Emergency Alert System (EAS) for radio and television broadcasters the same day, beginning two minutes after the WEA test.

In its news release, FEMA said it could postpone the national test to October 3 if the agency is dealing with a major weather event, but it has not yet made that determination. FEMA is currently handling the response to Hurricane Florence which hit the Carolinas on Friday, causing heavy winds and rainfall in the region.

FEMA officials told CNN on Saturday morning that they are still planning to conduct the test this week.

The agency is required by law to conduct a nationwide test of its public alert systems no less than once every three years.

FEMA is also tasked with ensuring that the President can alert the public under all conditions in cases of national emergencies, including natural disasters and terrorist threats.