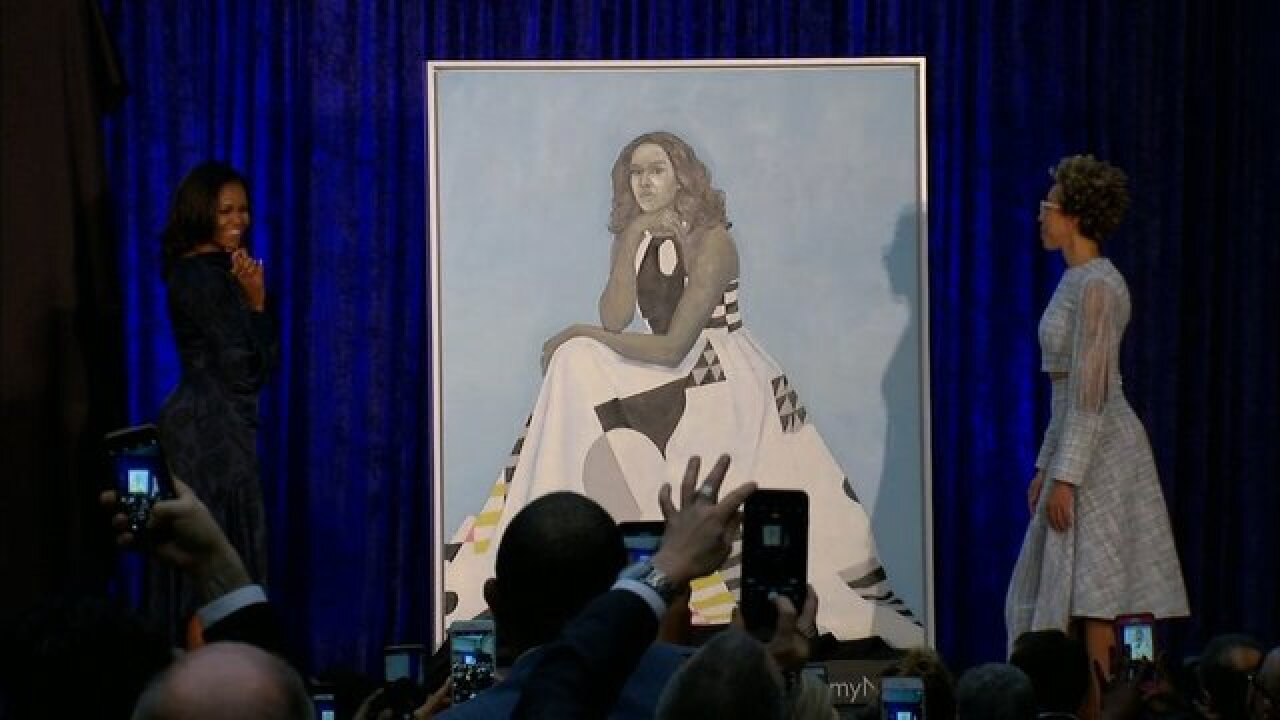 © 2018 Cable News Network, Inc.
Pool
<p>Barack and Michelle Obama re-emerged on the public stage Monday, February 12, 2018 in Washington, only this time for an event that has nothing to do with politics.The former first couple's official portraits were unveiled at the Smithsonian's National Portrait Gallery, a rite of passage for most former presidents, all of whom have their portraits hanging in the museum.</p> 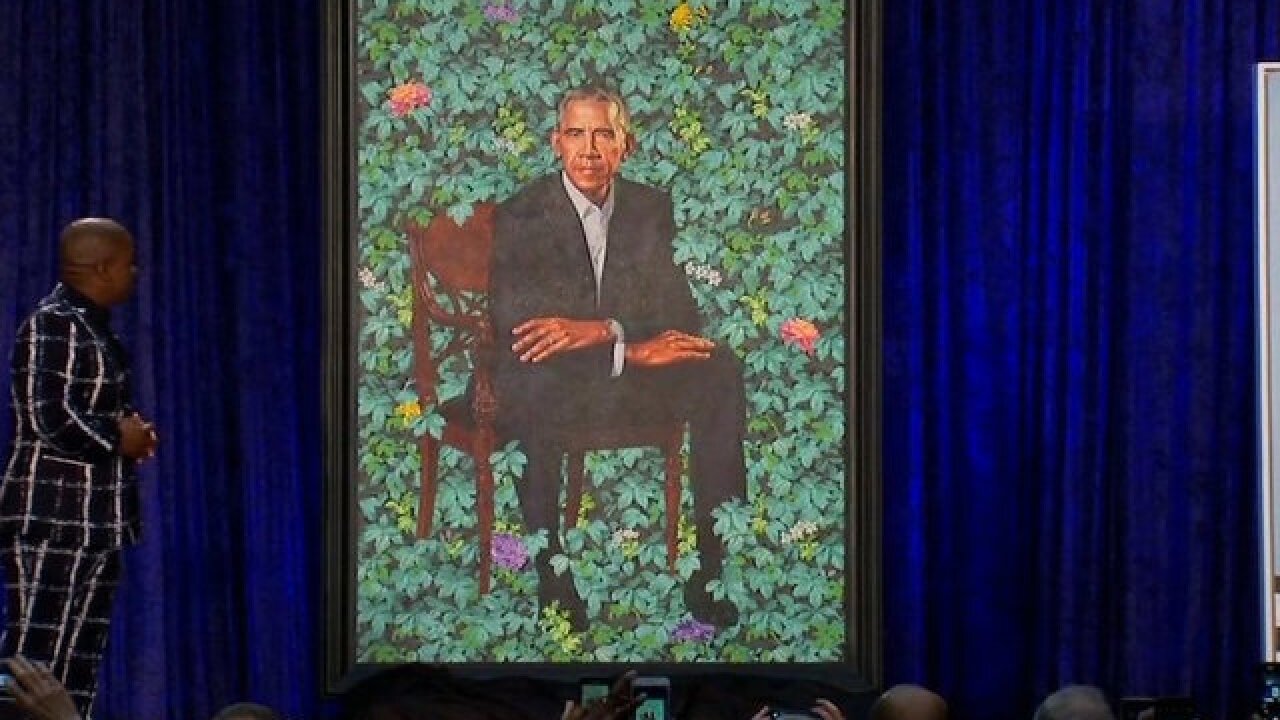 Barack and Michelle Obama re-emerged on the public stage Monday in Washington, only this time for an event that has nothing to do with politics.

The former first couple's official portraits were unveiled at the Smithsonian's National Portrait Gallery, a rite of passage for most former presidents, all of whom have their portraits hanging in the museum.

These are perhaps the most anticipated presidential portrait unveilings to date, due in large part to the artists the Obamas selected. The former president chose Kehinde Wiley, a Yale University-trained painter famous for his depiction of African-Americans posed in the style of Old Master paintings, regal, formal and filled with pops of color.

"How about that? That's pretty sharp," the 44th president said as he took the podium. The portrait depicts him sitting against a backdrop of green foliage.

Michelle Obama said she "was a little overwhelmed, to say the least," after her portrait was unveiled.

Wiley is the first African-American artist to execute an official presidential portrait for the National Portrait Gallery.

The juxtaposition of contemporary urban culture with centuries-old postures and wallpaper-like backgrounds make for bold paintings, of which Obama's is Wiley's most famous to date.

Wiley apparently took thousands of photographs of Obama in order to create the portrait, a process different than the typical "sittings" required for most portraits.

For her painting, Michelle Obama chose Baltimore-based artist Amy Sherald. Sherald is another African-American artist known for her unique style, and her portraits also tend to underscore themes of social justice. She often paints black skin tones in gray as a way to take away the assigned "color" of her subjects. Sherald's work is less about realism in composition and more about shape and color; like Wiley, the choice of Sherald ushers in a new era of presidential portrait.

The Obamas looked at the portfolios of more than two dozen artists before deciding on Wiley and Sherald. Obama's portrait will hang in the hall of presidents and the former first lady's will be placed in another gallery. Both will be open to public viewing on Tuesday.