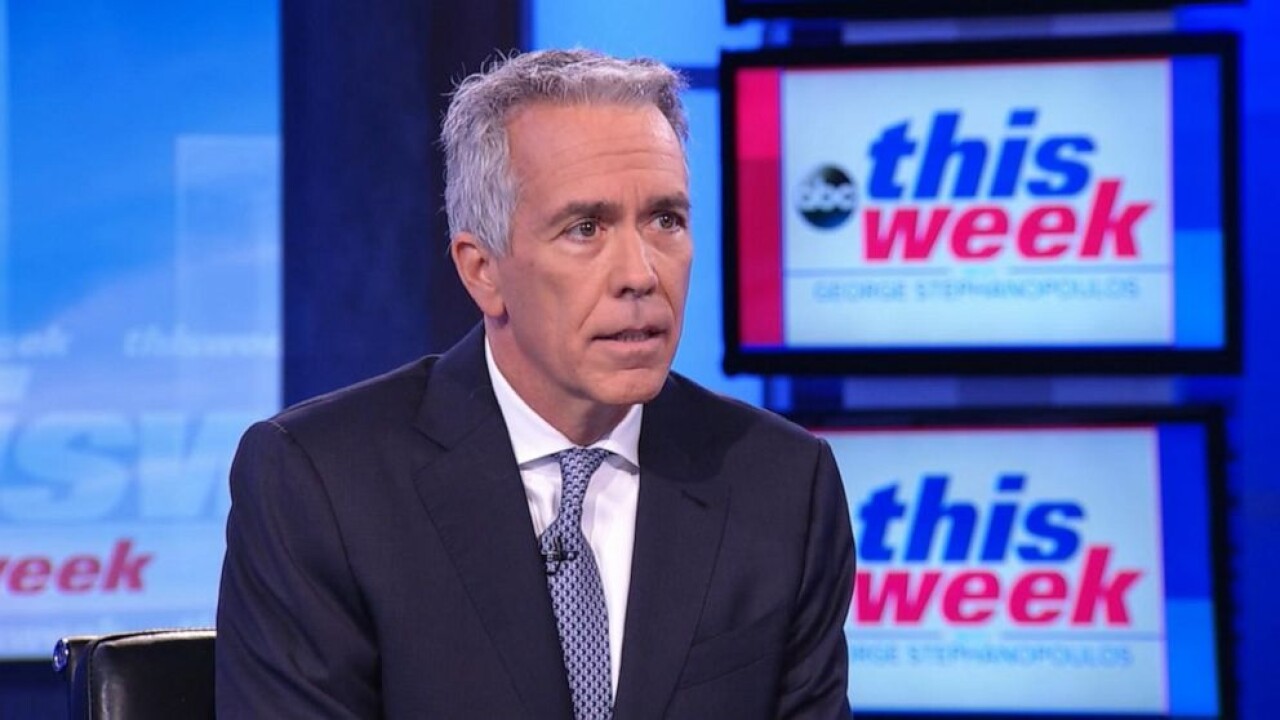 Joe Walsh, a former Illinois congressman and tea party favorite turned radio talk show host, announced a challenge Sunday to President Donald Trump for the Republican nomination in 2020, saying the incumbent is unfit for office and must be denied a second term.

"He's nuts. He's erratic. He's cruel. He stokes bigotry. He's incompetent. He doesn't know what he's doing," Walsh told ABC's "This Week." The longshot portrayed himself as a legitimate alternative in party where he said many are opposed to Trump but are "scared to death" of saying so publicly.

His campaign slogan: "Be brave."

Polls shows Trump is backed by most Republican voters, and the lone rival already in the race is former Massachusetts Gov. Bill Weld, the 2016 Libertarian Party vice presidential nominee who is regarded as fiscally conservative but socially liberal.

Undeterred from pressing ahead with his candidacy, Walsh said, "I think this thing ... will catch on like wildfire." The former Trump booster added: "I'm a conservative. And I think there's a decent chance to present to Republican voters a conservative without all the baggage."

The one-word response from Trump's campaign to Walsh's entry: "Whatever."

Walsh narrowly won a House seat from suburban Chicago in the 2010 tea party wave but lost a 2012 reelection bid and has since hosted a radio talk show. He has a history of inflammatory statements regarding Muslims and others and declared just before the 2016 election that if Trump lost, "I'm grabbing my musket."

But he has since soured on Trump, criticizing the president over growth of the federal deficit and writing in a New York Times column that the president was "a racial arsonist who encourages bigotry and xenophobia to rouse his base."

The road ahead for any Republican primary challenger will be difficult.

In recent months, Trump's allies have taken over state parties that control primary elections in Iowa, New Hampshire, South Carolina and elsewhere. State party leaders sometimes pay lip service to the notion that they would welcome a primary challenger, as their state party rules usually require, but they are already working to ensure Trump's reelection.

South Carolina Republicans have gone so far as to discuss canceling their state's GOP primary altogether if a legitimate primary challenge emerges to eliminate the threat.

At the same time, polling consistently shows that Trump has the solid backing of an overwhelming majority of Republican voters. An Associated Press-NORC poll conducted this month found that 78% of Republicans approve of Trump's job performance. That number has been hovering around 80% even as repeated scandals have rocked his presidency.

Asked whether he was prepared for that, Walsh replied: "Yes, I'm ready for it."

Weld, in an interview on NBC's "Meet the Press," said he was "thrilled" that Walsh was in the race and that Mark Sanford, a former South Carolina governor and congressman, was considering joining them, leading to a "more robust conversation."

"Who knows? The networks might even cover Republican primary debates," Weld said.

Walsh, 57, rode a wave of anti-President Barack Obama sentiment to a 300-vote victory over a Democratic incumbent in the 2010 election. He made a name for himself in Washington as a cable news fixture who was highly disparaging of Obama.

Walsh was criticized for saying that the Democratic Party's "game" is to make Latinos dependent on government just like "they got African Americans dependent upon government." At another point, he said radical Muslims are in the U.S. "trying to kill Americans every week," including in Chicago's suburbs.

He lost his 2012 reelection bid by more than 20,000 votes to Democrat Tammy Duckworth, who was elected to the U.S. Senate four years later.

Walsh told Obama to "watch out" on Twitter in July 2016 after five police officers were killed in Dallas. Just days before Trump's 2016 win over Hillary Clinton, Walsh tweeted: "On November 8th, I'm voting for Trump. On November 9th, if Trump loses, I'm grabbing my musket. You in?" Walsh later said on Twitter that he was referring to "acts of civil disobedience."

On Sunday, Walsh said he apologized for past divisive comments.

"I helped create Trump. There's no doubt about that, the personal, ugly politics. I regret that. And I'm sorry for that," he said.