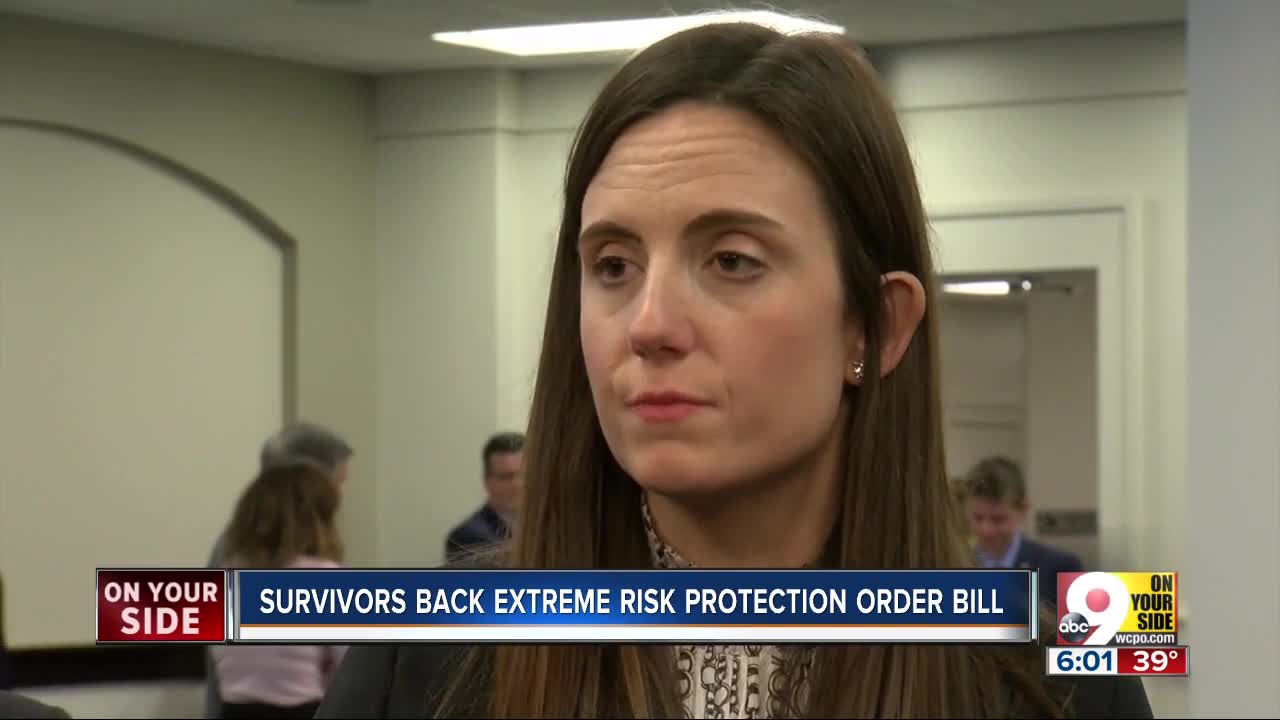 Fifth Third shooting survivor Whitney Austin testified in Frankfort to support Kentucky legislation that would temporarily separate firearms from people in danger of themselves. 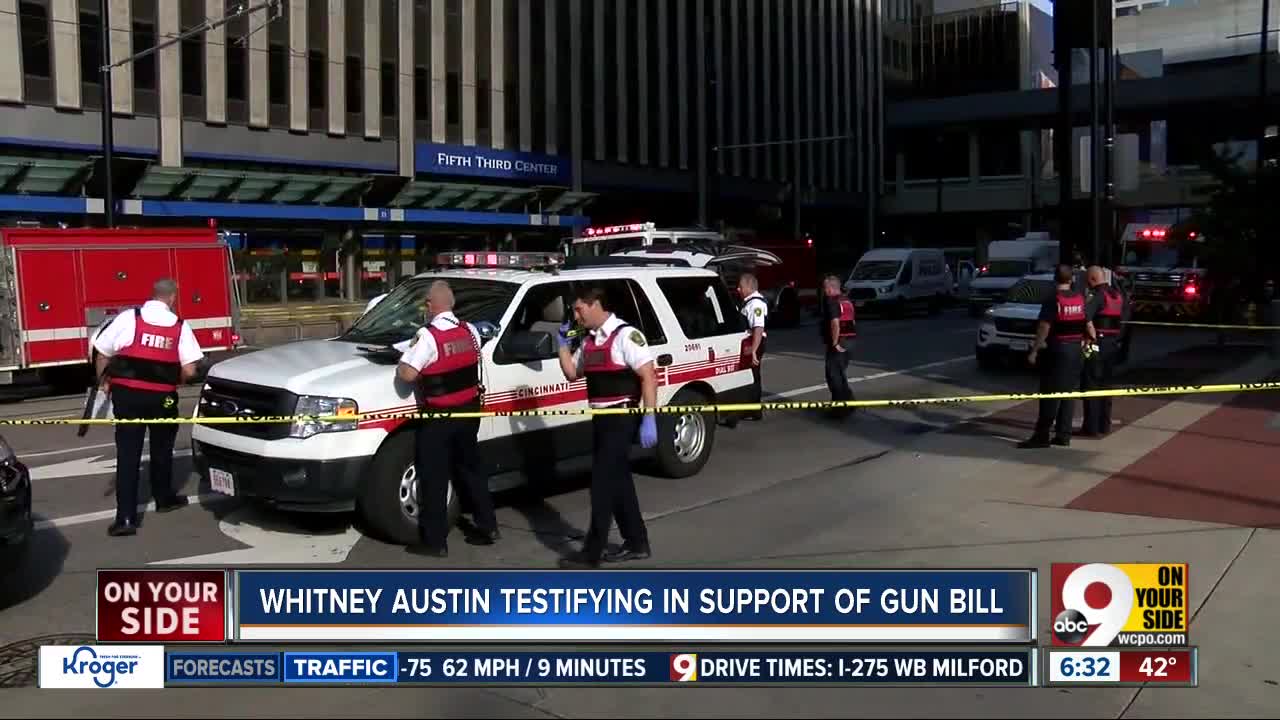 Austin was shot twelve times by a gunman who killed three people and himself at Fifth Third Center in 2018.

With her violence prevention organization WhitneyStrong, Austin is throwing support behind the Kentucky law she says could prevent future mass shootings through responsible gun ownership.

"Fighting because we have a responsibility as gun owners ourselves to speak out in favors of reasonable solutions that seek to balance both public safety with the right to bear arms," Austin told a Kentucky State Senate committee Friday. "Our movement is not about blaming the gun but solutions that are bipartisan, reasonable."

Three state senators, two Republicans and one Democrat, have co-sponsored the Extreme Risk Protection Order legislation. The bill aims to help families find warning signs of someone who is in danger and separate them from firearms temporarily, also known as a “red flag” law.

“I am a gun owner and will do anything to ensure that conversation happens,” Austin told WCPO. “Too quickly, doors closed on this topic - on this issue.”

“To me he's just extremely inspirational," Austin said. "He has the worst thing happen to him - my greatest fear - and he's strong enough to move forward and fight this fight."

In the aftermath of that tragedy, Barden co-founded Sandy Hook Promise, a nationwide non-profit focused on violence prevention.

“Sandy Hook Promise exists because we are on a mission to prevent other families from having to live the pain of losing a loved one to gun violence - or other violence,” Barden told WCPO.

Barden said he hopes the bill, a “research-proven tool,” will save lives.

“We know it’s preventable,” Barden said. “What happened in Sandy Hook and what happens literally everyday is preventable. And it’s a result of choice.”