'We’ve got our work cut out ahead of us': 111 dogs rescued from hoarding in Warren County 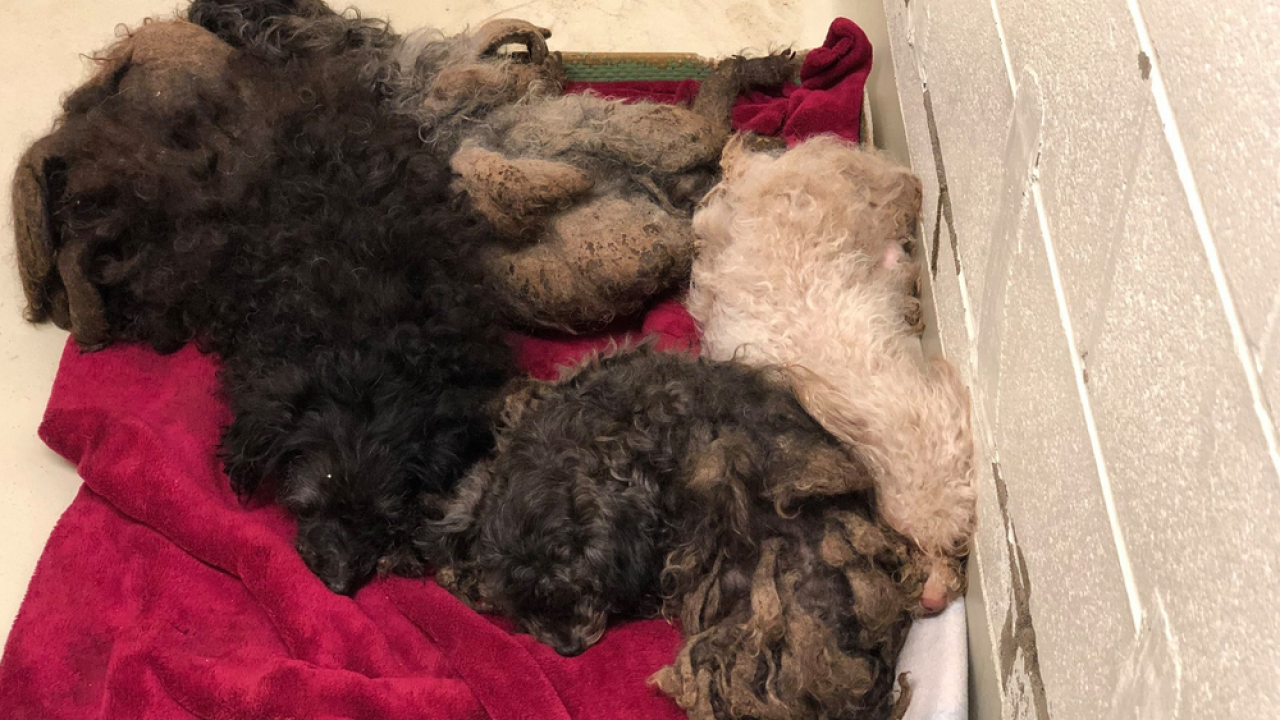 LEBANON, Ohio — The Humane Association of Warren County rescued 111 hoarded dogs from a single household Monday, filling its kennels in the process.

“If you’ve ever thought about adopting a dog, now’s the time,” executive director Joanne Hurley told the group’s Facebook followers in a video. “We really need the space.”

Later in the same video, she walks past a row of kennels and pans to the dogs inside, huddled in small piles of cocked ears and matted, patchy fur.

According to Hurley, most of the rescued dogs appeared to be poodles and poodle mixes. She made at least two trips to their original home to transport them personally, at one point guessing the total number of animals in the household would max out around 70.

Most have matted fur; many have fleas; some are blind. Hurley said she expects to see high rates of skin infections in the group once each dog has been examined by a veterinarian.

“We’ve got our work cut out ahead of us,” she said. “To get these dogs back in the shape to be adopted is not cheap.”

She encouraged anyone with a background in grooming to contact the humane association and donate their time to the shelter.

Anyone else wishing to help can make a cash donation online.

Because of the high volume of new dogs, Hurley said the shelter’s kennels will not open until noon for the rest of the week.