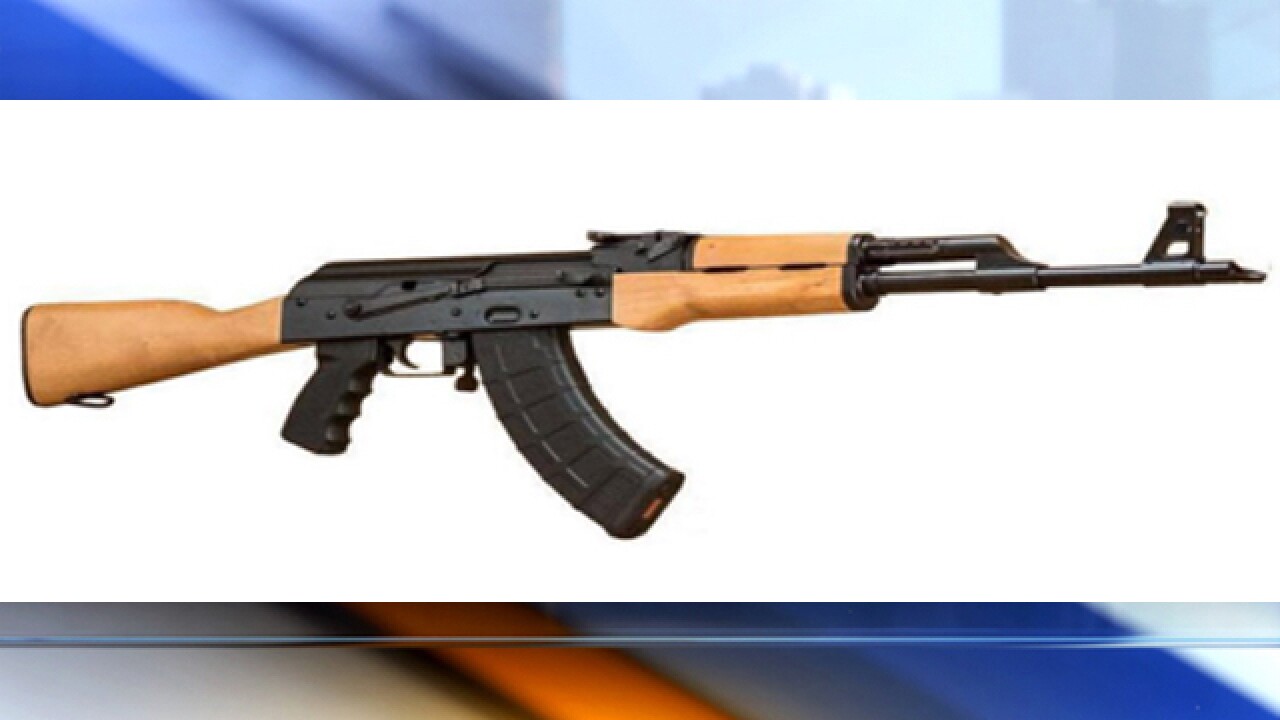 DEERFIELD TOWNSHIP, Ohio – The Warren County Sheriff’s Office warned that the gun a man was accused of using to shoot a deputy Thursday night may still be out somewhere in the Landen area.

The suspect, Mohammed Abdou Laghaoui, shot Deputy Katie Barnes when she arrived at his home on a report of a domestic violence situation, Sheriff Larry Sims previously said.

Laghaoui ran from the scene, sending authorities on an hours-long manhunt until the early hours of Friday morning. At some point during his escape, Laghaoui discarded the gun, an AK-47-style assault rifle, Sims said. Divers spent much of Friday searching a lake where they believed Laghaoui had thrown the weapon, but could not find it.

Officials don’t know if the gun is loaded, deputies said. It could be concealed in a piece of clothing or tossed in a flower bed or wooded area.

Deputies asked residents to keep an eye out for the rifle and check around their homes and any unlocked sheds, and to call the Warren County Sheriff’s Office at 513-695-1289 if the rifle is found.

Laghaoui was arraigned Monday morning in Mason Municipal Court via video hookup from the jail. He is being held on a $2 million bond.