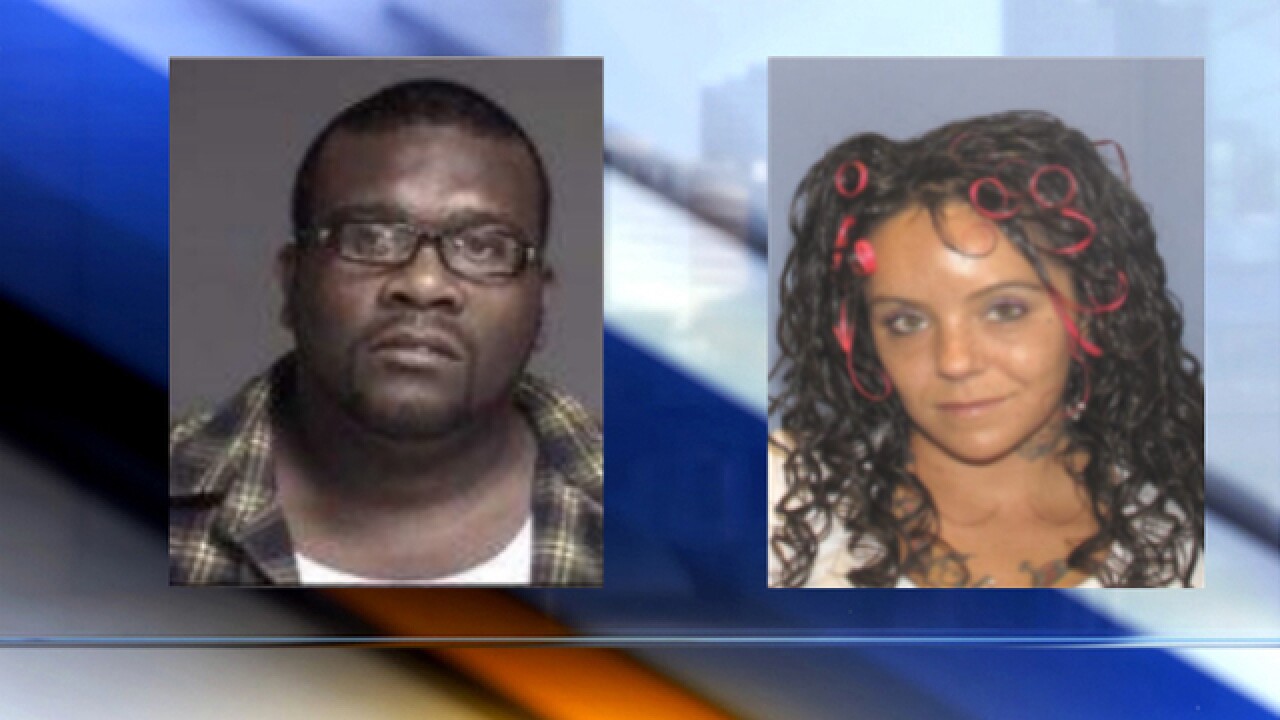 <p>Ronnie Tyler and Mendy Roberts were arrested July 12, 2016, for allegedly extorting a victim with an elaborate scheme.</p>

DEERFIELD TWP, Ohio — A Warren County man and woman have been arrested and charged with multiple felonies for attempting to extort money from a victim while the man was disguised as a police officer, the Warren County Sheriff’s Office said Wednesday in a news release.

Police said the victim met Mendy Roberts, 32, at a hotel Tuesday night after responding to an ad for "companionship" placed on backpage.com, a Craigslist-esque classified site that also advertises adult services.

Warren County police arrested Tyler and Roberts Tuesday. Tyler faces charges of felony extortion and impersonating a police officer; Roberts has been charged with one felony count of complicity to extortion.

Both Tyler and Roberts are being held in the Warren County Jail without bond.