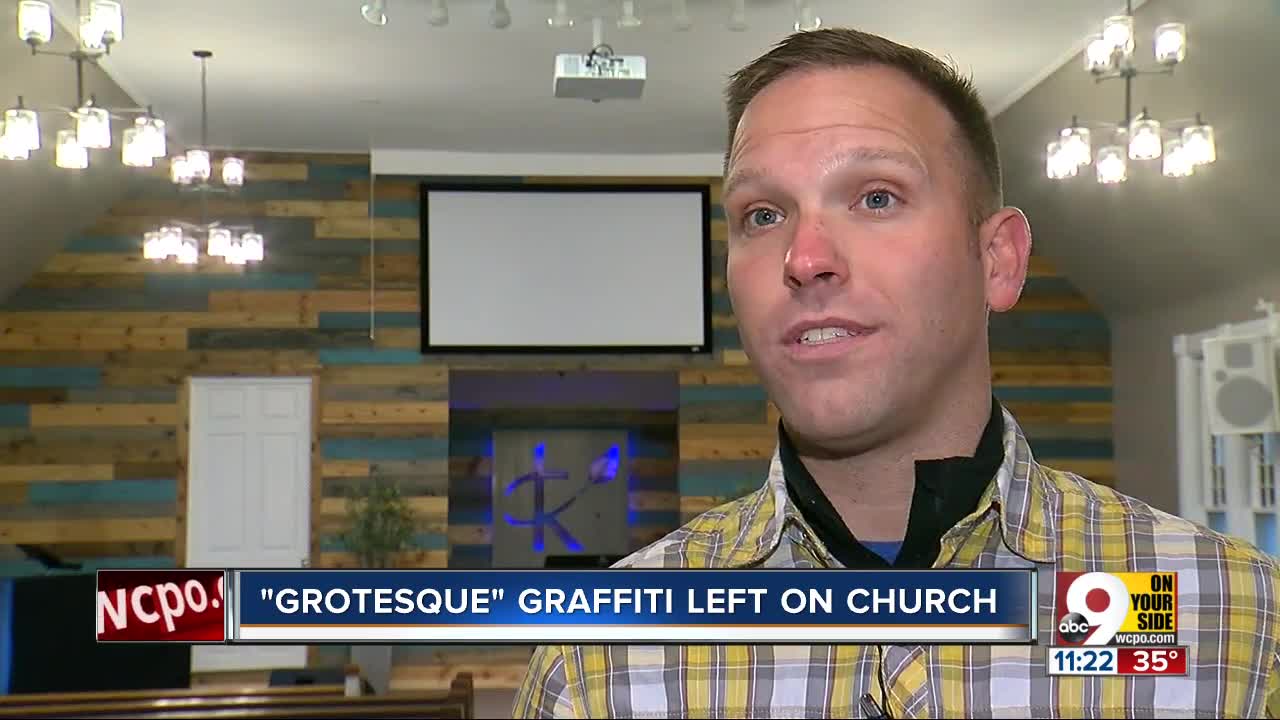 After "grotesque" graffiti was found on a Kings Mills Baptist Church, its pastor offers a message of forgiveness. 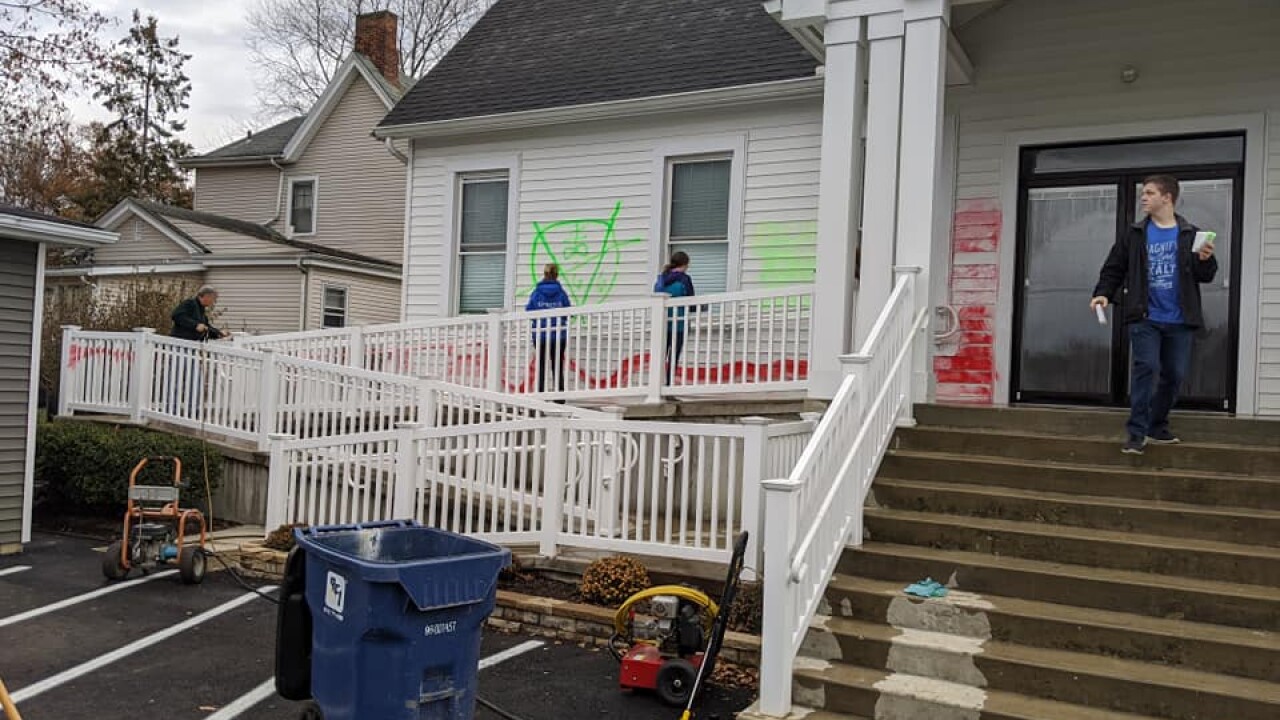 KINGS MILLS, Ohio — Volunteers helped clean "grotesque" graffiti off the walls of Kings Mills Baptist Church Saturday morning after it had been vandalized overnight, according to church officials.

The Warren County Sheriff’s Office is investigating after the church on the 1600 block of King Avenue was found spray-painted with racial slurs, swastikas and other disturbing imagery on three of its four walls. Someone had also damaged a cross on church property, authorities said.

"If you're local to Kings Mills - check your trash cans for spray paint of red and neon green," read a post on Kings Mills Baptist Church's Facebook page.

Pastor Rodney Hedges offered the vandals a message of forgiveness and an offer to come to the church.

The Warren County Sheriff’s Office has not named any suspects as they continue their investigation.