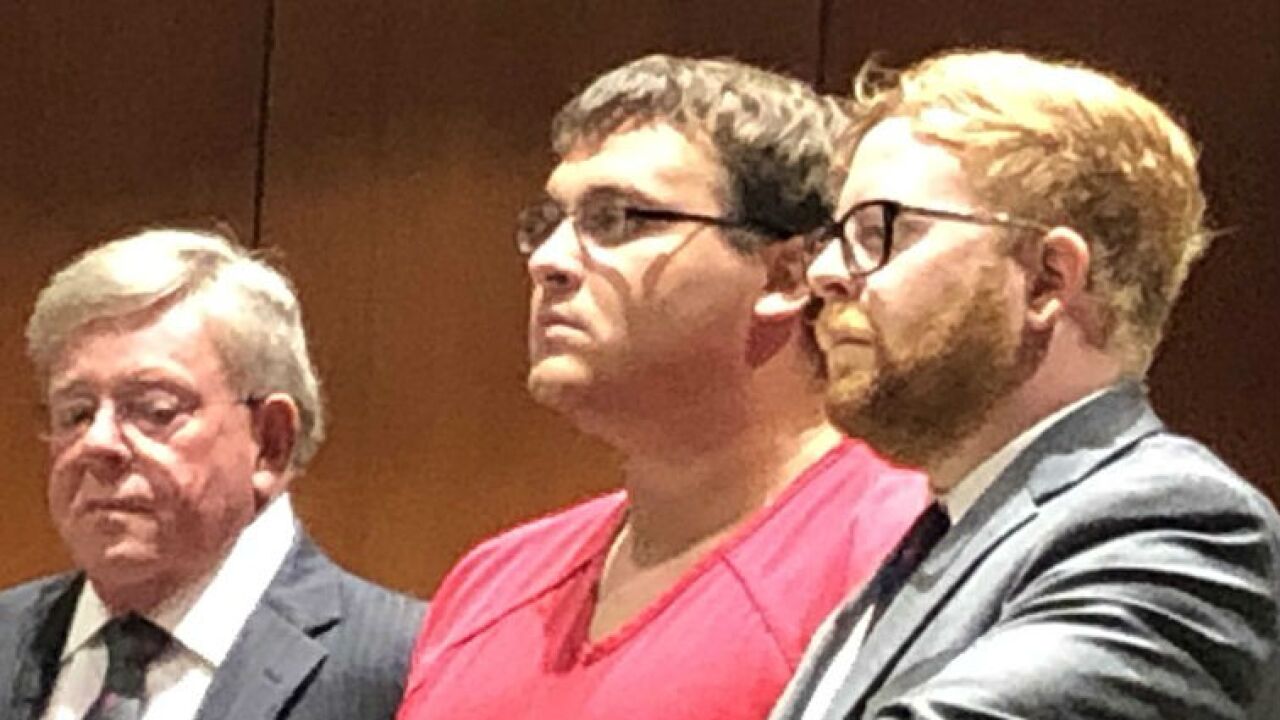 John Austin Hopkins appears at his arraignment on June 20, 2019.

CINCINNATI -- Twelve families who say their children were sexually abused by a former Springboro gym teacher filed a class action lawsuit, alleging school officials knew the teacher locked the doors during the school day and installed a doorbell to the gymnasium.

The suit, filed Friday in U.S. District Court in Cincinnati, says John Austin Hopkins, the former gym teacher at Clearcreek Elementary School, kept the door locked during class and installed a doorbell outside the gym “to alert him when any Springboro personnel wanted access to the gymnasium.”

Hopkins, 25, is accused of sexually abusing 88 children between December 2018 and March 2019. The school’s security cameras captured more than 100 instances of sexual contact during that time, the suit says.

Some children were abused by Hopkins before December 2018, the lawsuit says, but no video proof exists because school officials destroyed security camera footage that was recorded before that time. The lawsuit also alleges Hopkins began abusing children when he was a substitute teacher during the 2017-2018 school year.

Each plaintiff wanted to access the security camera footage so their daughter could receive proper treatment, but the school denied this request, which violates the Family Educational Rights and Privacy Act, the lawsuit says.

The school district, former superintendent Daniel Schroer and principal Carrie Corder are named as defendants in the lawsuit.

“Schroer and/or Corder had, or should have had, actual knowledge of Hopkins’ sexual harassment … and their actions or failures to act amount to deliberate indifference,” the lawsuit says.

The school district failed to properly train its staff on the identification and prevention of child abuse, the suit says, which resulted in Hopkins’ abuse to continue for more than a year.

Schroer was placed on paid administrative leave on Aug. 16 and resigned on Aug. 30. At that time, the Springboro Schools Board of Education said it had received “allegations of a financial nature” against Schroer. The allegations do not involve students, officials said.