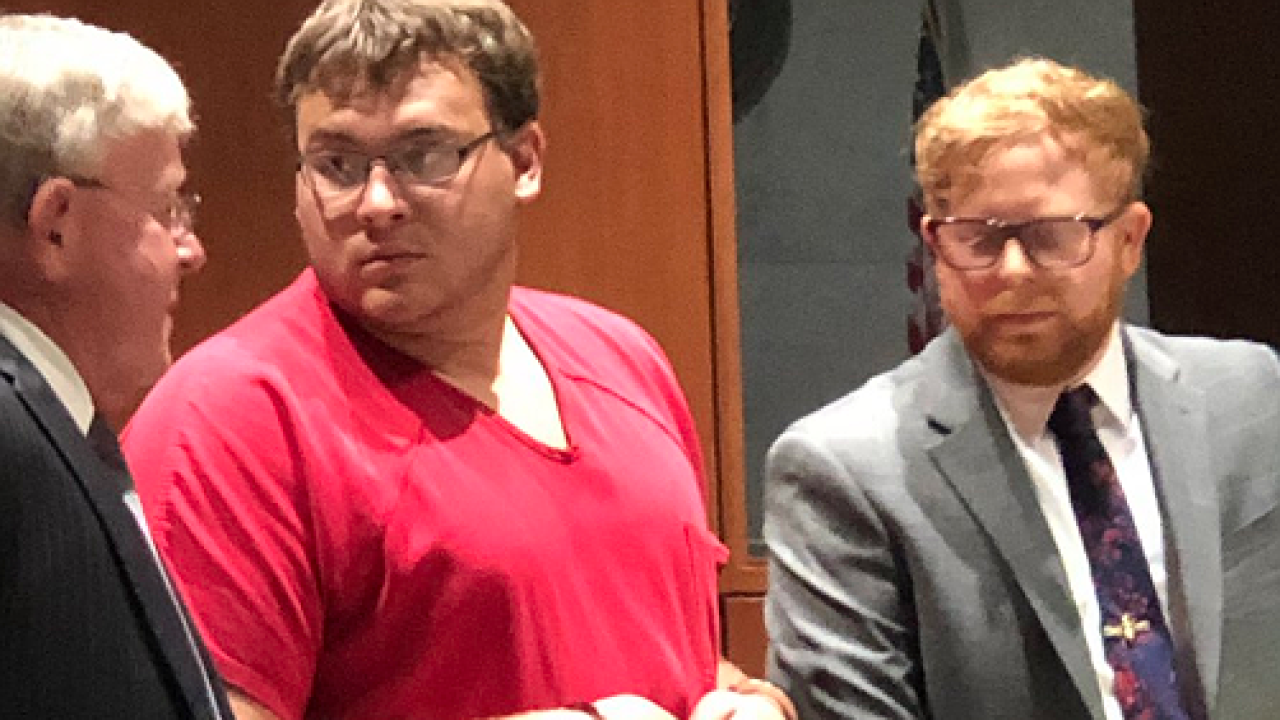 LEBANON — John Austin Hopkins, the former Springboro elementary school teacher facing 36 gross sexual imposition charges involving his former students, will not celebrate the holidays with the children in his family.

He is on electronic monitor while on house arrest at his parents’ home. He is not allowed to be around children.

On Tuesday, his lawyers asked Judge Robert Peeler to allow Hopkins to be around 12 children in his family during holiday events.

“This order will not be modified. Other arrangements will have to be made,” Peeler said during a hearing Tuesday.

Assistant County Prosecutor Kevin Hardman said he wanted Hopkins prohibited from being around children “irregardless of who those minors are.”

Lawyer David Chicarelli urged Peeler to make an exception for family during the holidays.

“My client doesn’t pose a danger to those children,” he said. “There will be constant supervision.”

Peeler said he made his decision out of an abundance of caution” to ensure the safety of children.

Hopkins will be allowed to travel to meet with experts in advance of the trail, scheduled for the week of Jan. 13.

The charges involve 28 of 88 girls who authorities determined had “sufficiently questionable” interactions in more than 100 incidents.

He was in his first year as a full-time teacher at Clearcreek Elementary and Springboro Intermediate schools. He resigned on March 12.

In August, the lawyers and judge agreed on handling of the surveillance videos.

In September, parents of some of the Springboro elementary school students filed a lawsuit claiming the school district and its leaders failed to protect the children from a former teacher accused of sexually abusing them in class. Hopkins is also named in the federal lawsuit filed in Cincinnati.

The Journal-News is a partner of WCPO.com