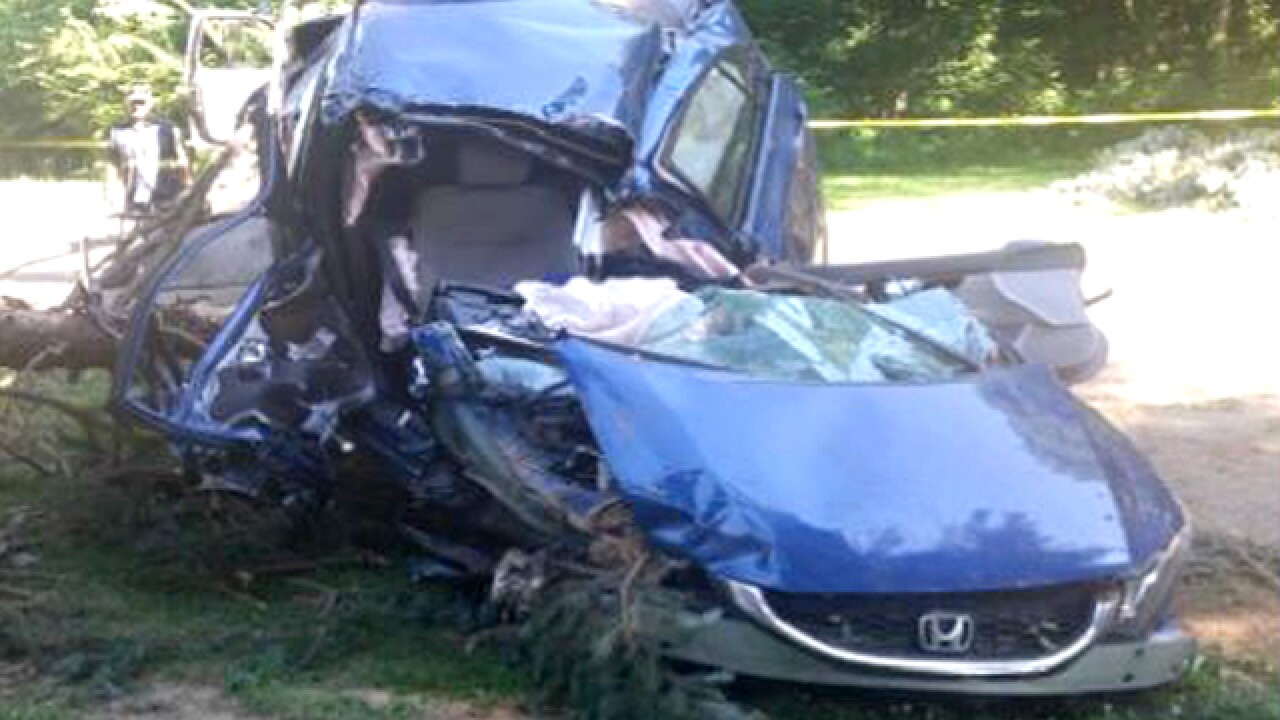 Journal-News
<p>Marissa Frederick, a 16-year-old girl from Morrow, died this morning after a crash earlier this week, according to a release issued by the Hamilton Twp. Police Department.</p>

The crash happened at about 1:30 p.m. Monday near the intersection of McIntire Road and Morrow-Cozaddale Road in Hamilton Township. Officials said high speed was a factor in the crash.

Marissa Frederick was driving westbound on McIntire Road when she lost control of the vehicle, Hamilton Township Police said. The vehicle went airborne and struck several trees before coming to a stop.

Frederick and her passenger -- another 16-year-old girl -- were extracted from the wreckage using the jaws of life.

Frederick was flown to Miami Valley Hospital via CareFlight where she later died. Frederick's passenger was driven to Cincinnati Children's Hospital where she is listed in serious condition.

Both girls were entering the 11th grade at Little Miami High School.

The crash is still under investigation by Hamilton Township Police. Any witnesses are asked to call 513-925-2525.