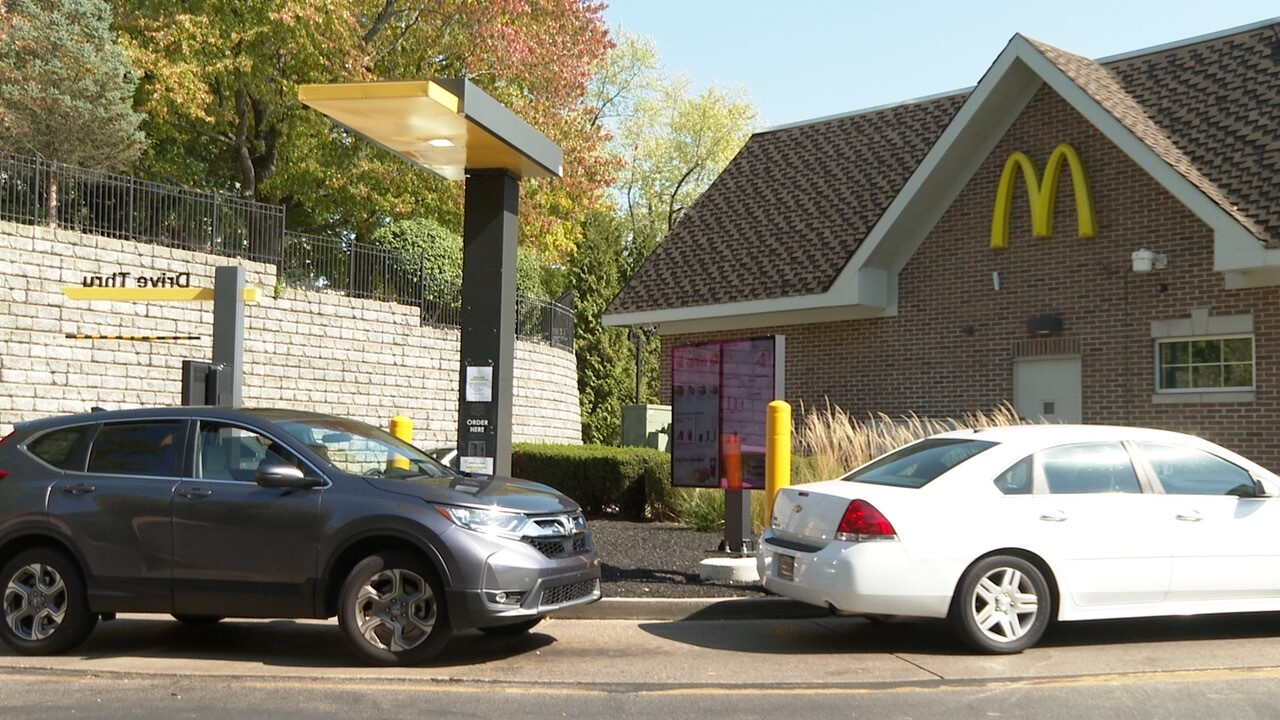 Copyright 2021 Scripps Media, Inc. All rights reserved. This material may not be published, broadcast, rewritten, or redistributed.
Johs Bazan
A 16-year-old drive-thru worker paid for his customer's meal when she told him she left her purse at home. The mom of three then set up a GoFundMe page to recognize the young man's generosity. 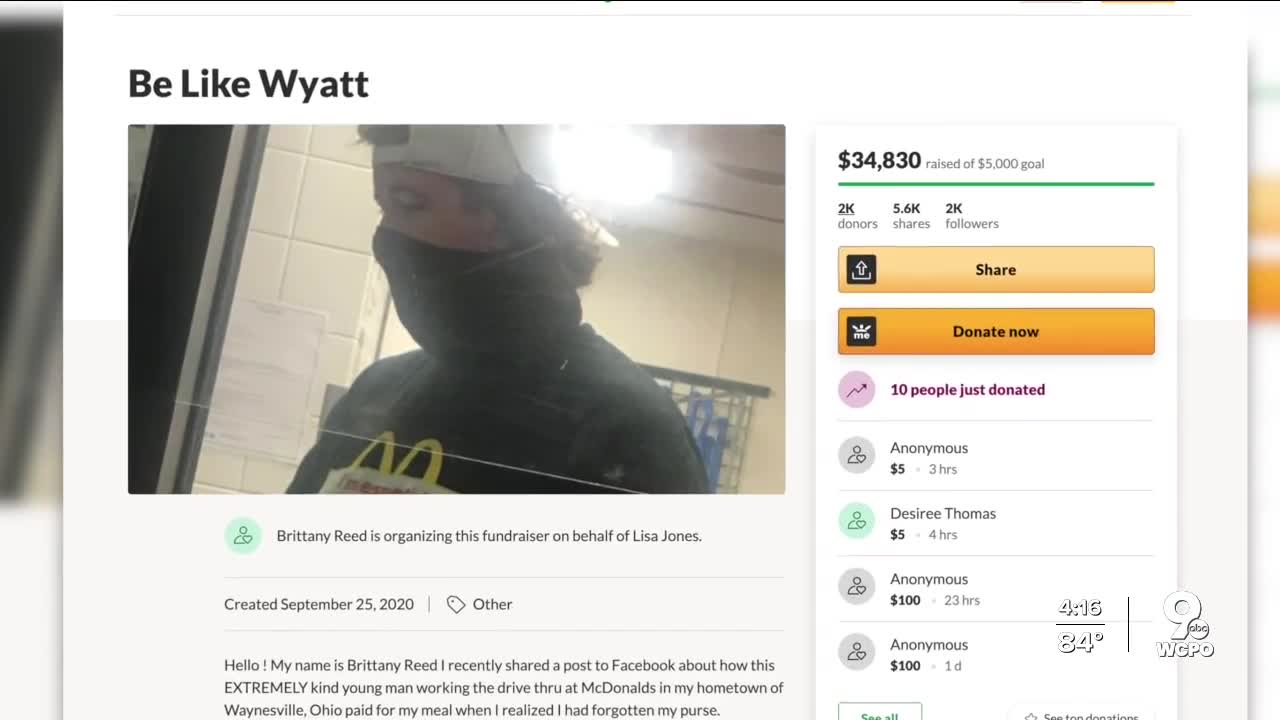 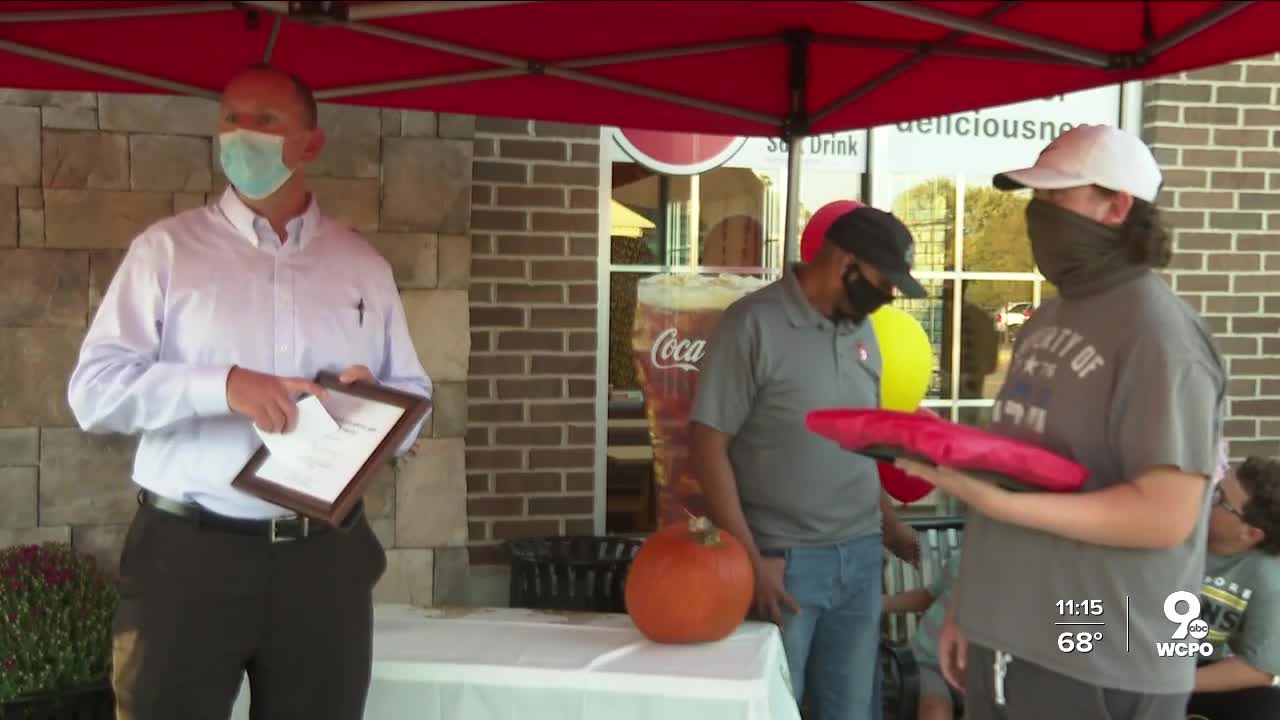 WAYNESVILLE, Ohio — Brittany Reed was not having a good day. The two younger of her three kids were cranky and didn’t want to eat at home, so she did what a lot of mothers do: Headed for the McDonald’s drive-thru.

“I kind of just threw my hands up,” Reed said. “This day’s been awful. We’re going to McDonald’s. I’m over it.”

After she ordered, Reed’s day got worse. She realized she had left her purse at home and couldn’t pay for dinner. Near tears, she began to explain to the worker that she didn’t have any money with her.

And then Wyatt Jones, the 16-year-old McDonald's employee working the drive-thru, pulled out his card and paid for the family’s meals. Reed said it was an inspiring moment for her.

“You know, just don’t ever lose who you are,” she said. “Because I’m telling you, you totally turned a horrible day into an amazing day. It had just been, to be honest with you, a very bad week or two leading up to it. So it was just kind of one of those moments that stops you in your tracks.”

Reed paid Jones back and then paid it forward. She created a post on a Waynseville Facebook page hoping to find the boy’s parents. From that post, she found out that he was working at McDonald's to save up money to buy a car. Reed decided to help by setting up a GoFundMe page. By Wednesday night, donors had raised $35,000.

Reed said her older son has been more generous since the kind act and has even started picking up trash on the side of their road because he’s “trying to be more like the boy from McDonald’s.”

Jones said he was overwhelmed by all of the attention.

“I don’t know how to put it into words just because of how crazy it was. It’s just a small act of kindness and everything blew up and it’s amazing to think that something like that can get you this far," Jones said.

Jones plans on using the GoFundMe money to buy a sensible car.