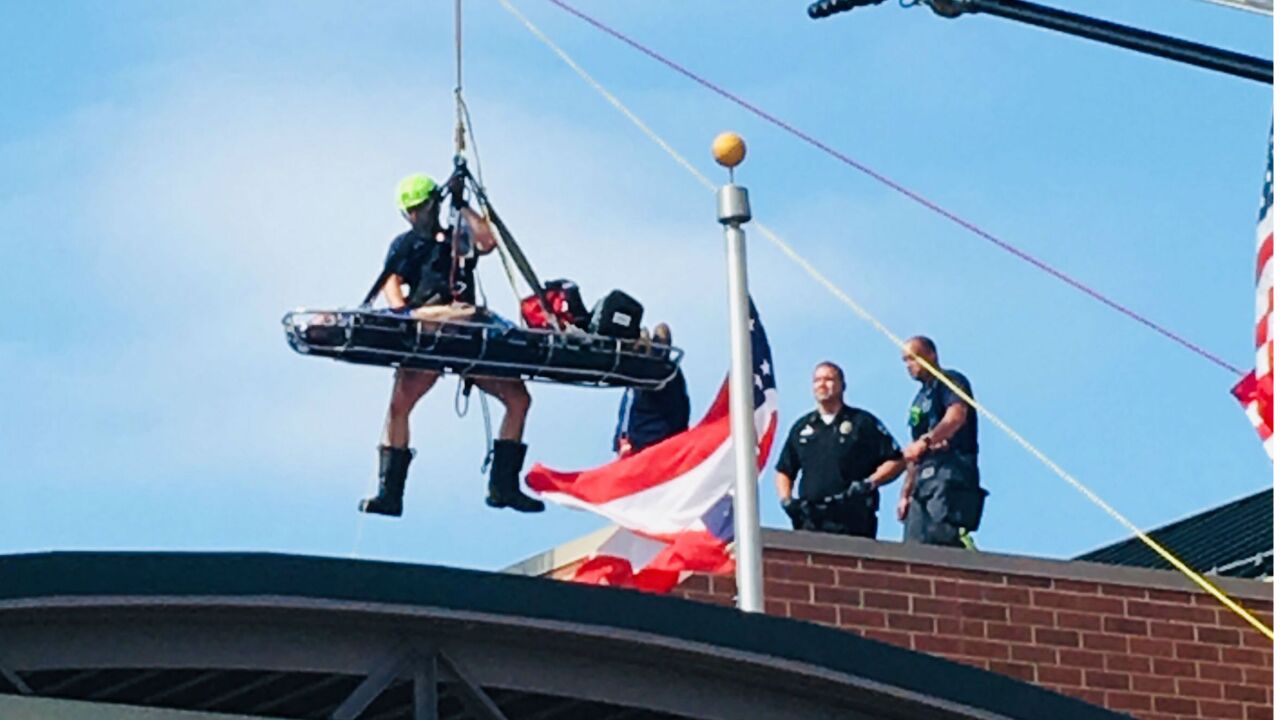 Copyright 2019 Scripps Media, Inc. All rights reserved. This material may not be published, broadcast, rewritten, or redistributed.
Chic Poppe
Mason Fire performs a rope rescue to lower a stricken worker from the roof of the Mason Community Center. The worker later died. 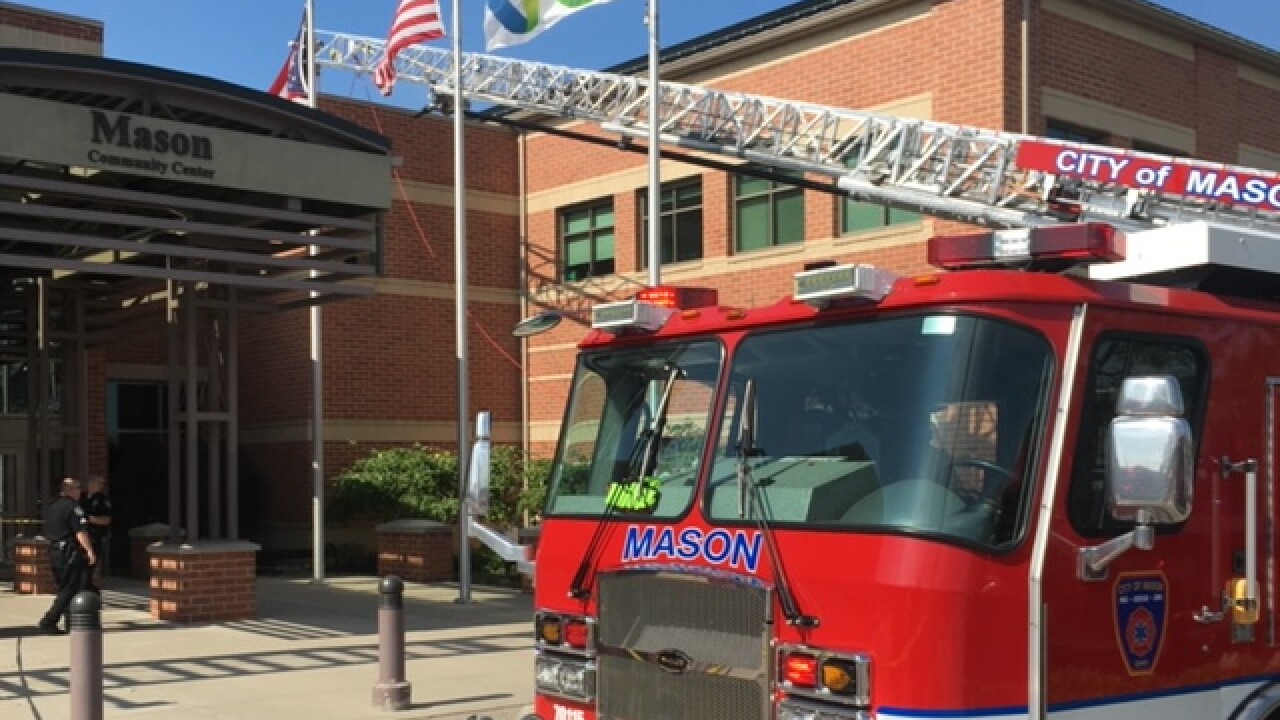 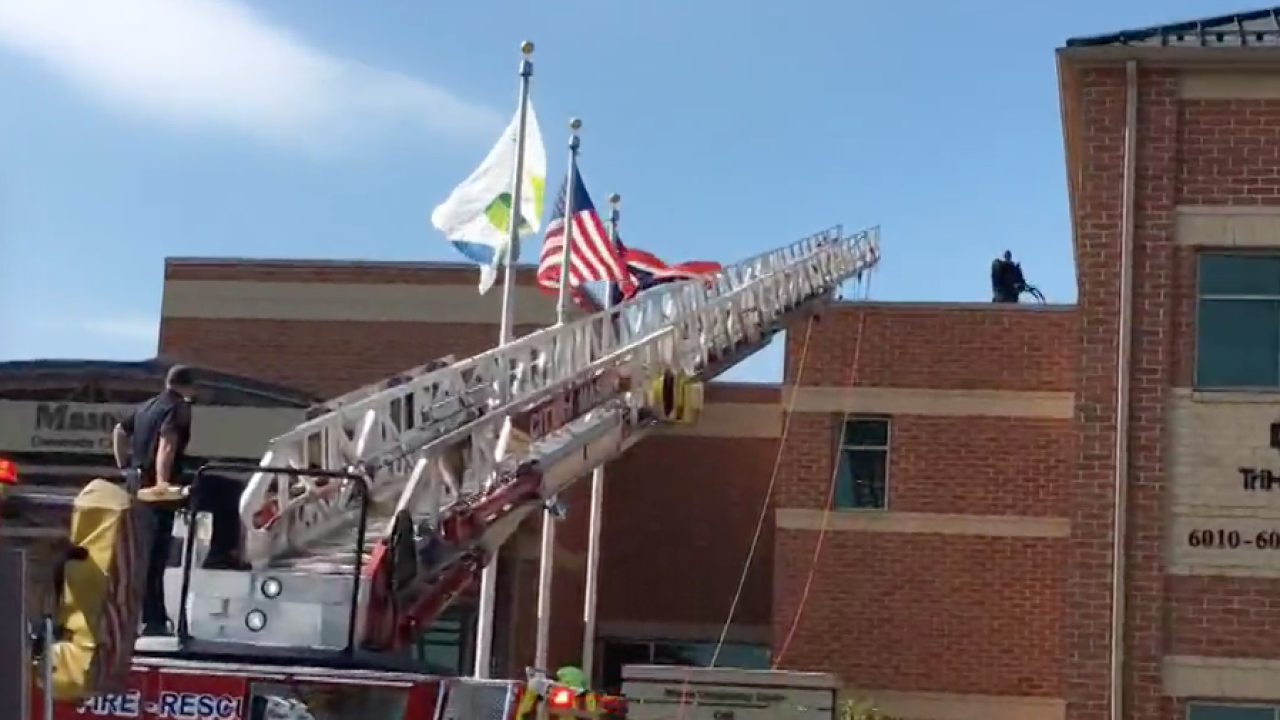 MASON, Ohio — A Hamilton man working on the roof of an area community center died Monday morning despite rescue crews' efforts to save him.

Jason Minnich, 43, a contractor electrician, was working on the roof of the Mason Community Center in Warren County when he suffered a “medical emergency” at approximately 10 a.m., according to police.

Emergency crews lowered Minnich from the roof while performing CPR, the Journal-News reported.

Mason Fire Chief Bryan Brumagen described it as a "rope rescue." Crews placed Minnich in a stretcher with an attending rescue worker strapped into a harness, and then lowered both to the ground in front of the west entrance of the TriHealth wing of the community center at 6010 Mason-Montgomery Road.

The coroner’s office is investigating the death.

Lt. Jeff Burson of the Mason Police said “initially there appears to be nothing suspicious, but that is ultimately up to the coroner’s investigation.”