Things are coming along at Mason's newest restaurant. Here are 5 things to know 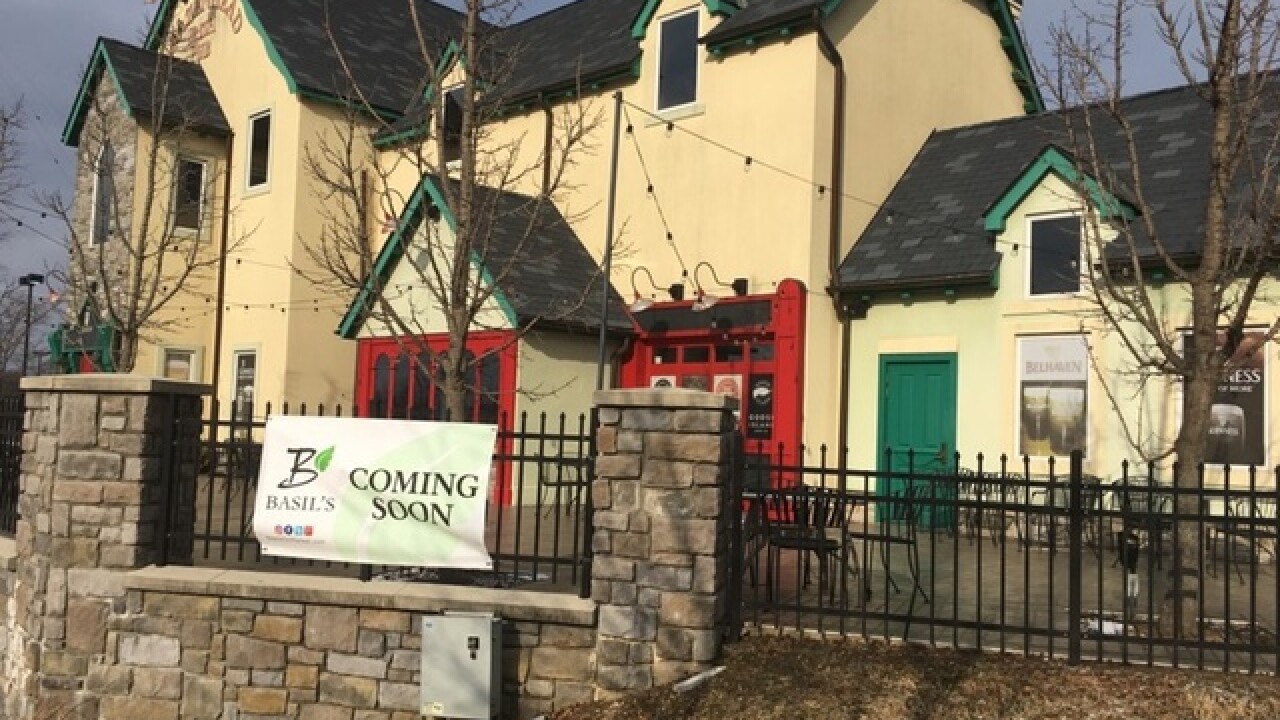 Copyright 2018 Scripps Media, Inc. All rights reserved. This material may not be published, broadcast, rewritten, or redistributed.
<p>Basil’s On Market in Mason is slated to open in March 2018 at 5650 Tylersville Road in Mason in a high-profile spot that was formerly Brazenhead Irish Pub. Photo contributed by the Journal-News.</p>

MASON, Ohio -- Work on Basil’s On Market in Mason is progressing quickly, and the restaurant is slated to open next month at 5650 Tylersville Rd. in Mason, the Journal-News reports . The high-profile spot was formerly Brazenhead Irish Pub.

Here are five things to know about the new restaurant:

1. Its major renovations are completely changing its looks

Daily improvements happening at the landmark building include new features, such as a new bar and patio. A video provided to this media outlet shows the start of the framework for the bar toward the restaurant’s entrance and space for the three large garage doors that are set to give the enormous establishment its own summer dining experience.

The new restaurant will seat 165 on the main floor and has a bar that seats 20 inside and 20 outside on the patio.

2. It’s the third in a planned series of restaurants

Basil’s on Market opened restaurants in Troy in 2014 and downtown Dayton in 2016. Its owners have plans to add even more eateries — four or five restaurants by the end of 2019, including one in the Springboro/Centerville corridor and possibly more in the Cincinnati and Northern Kentucky market by 2021.

All the previous fixtures and furnishings installed by Brazenhead, including a bar that was custom-made out of reclaimed Irish wood, were sold through an online auction process.

The last few available items, including original pieces of framework and several antiques, will be auctioned off starting Feb. 5 and ending Feb. 9 at www.worleyauctioneers.com .

4. It’s looking to build a reputation as a family-friendly restaurant

Basil’s co-founder Jeff Finkelstein previously told the Journal-News  the restaurant will be able to host parties from 150 to 250 attendees each on two different levels while still operating the main floor as a restaurant,

“The bar will have three garage doors that open up,” he said. “The full patio will seat around 100 people and will include fire pits and lounge furniture.”

5. The new restaurant will have the same menu as the other Basil's locations

Entrees for dinner at the restaurant will feature everything from boneless short ribs, pesto chicken and buttermilk fried chicken to sauteed sea bass, barrel-aged salmon and lobster shells and cheese with grilled shrimp.

The J.F. is a prime burger or chicken breast topped with Basil’s chili lime slaw, goat cheese and bacon and finished with Basil’s Asian dressing served on a buttered croissant bun.

Also available will be 43 wines, both red and white, as well as a selection of 10 scotch whiskeys and 10 bourbon whiskeys.

Are you a foodie? Do you love beer, wine and/or cocktails? Join our Cincinnati Food and Drink Facebook group  to stay up-to-date on the latest restaurant and bar news.