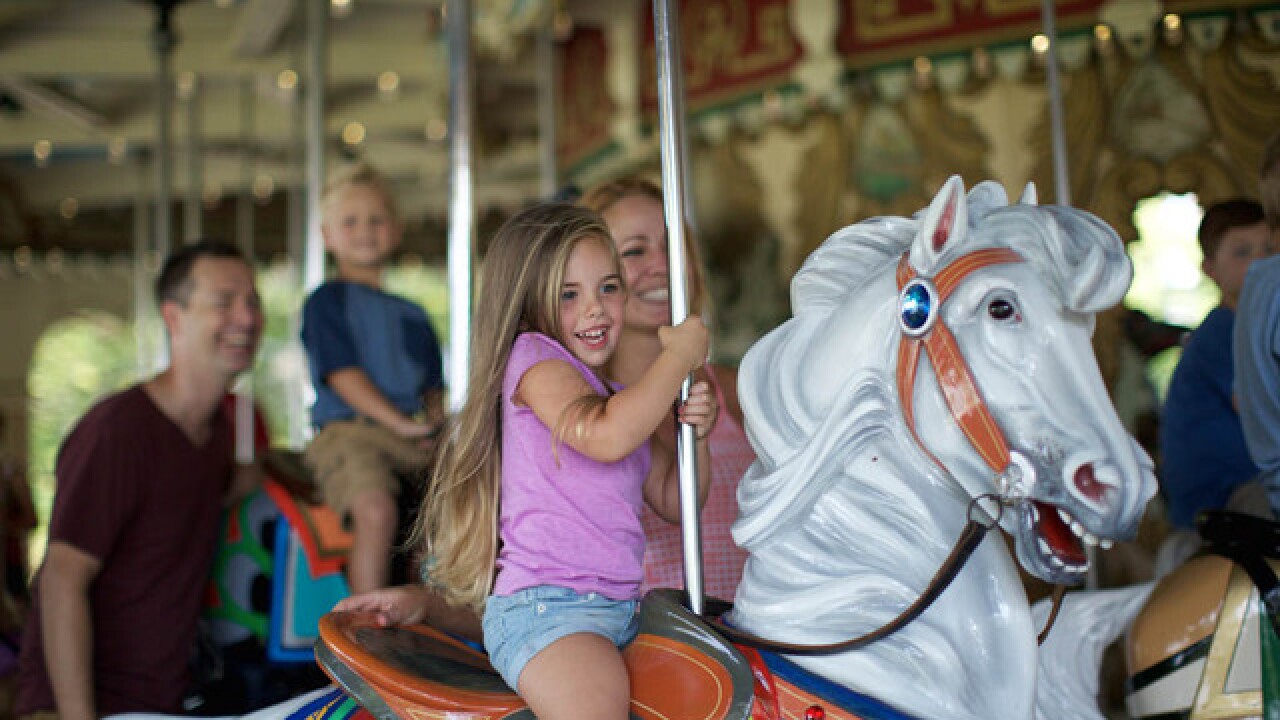 MASON, Ohio — With Kings Island opening its doors Saturday for another season, here's a behind-the-scenes look as crews prepare to open. Daily operations start May 13.

Construction continues on one of 2016’s biggest new features, the 65-foot tall Tropical Plunge. It will have six slides total, including three Aqua-Launch chambers where riders will wait for the floor to drop out from underneath their feet, sending them into a high-speed, almost vertical free fall, according to Kings Island.

It is the first new high-adrenaline attraction at Soak City Waterpark since Mondo Monsoon opened 12 years ago, said Kings Island spokesman Don Helbig, who added that it should attract those who aren’t traditional water ride fans.

“This is going to be something to appeal to thrill seekers,” Helbig said.

Tropical Plunge will open for Memorial Day weekend this year on May 28.

Kings Island guests this year will also see more changes to the dining experience that in the past has focused on fresher fare such as fruit and vegetable options. After a new season-long dining plan was introduced in 2015, this year three new refill stations are being built throughout the 364-acre park. Customers can purchase re-usable souvenir bottles starting at $10.99 a single day, plus $1 for refills during following visits, or $24.99 for unlimited free refills the whole season. They will now be able to refill their drinks at one of these stations without waiting in line at other food sale locations.

Unlimited refills is a new offer not available before, Helbig said.

“Food is really a core part of the guest experience,” he said. “It has actually changed some of the ways guests experience the park.”

Two inaugural festivals held last year will return in 2016. But this year, Banshee Brew Festival will be expanded from one weekend to two weekends in May and feature a larger selection of craft beer samples and selections. Close to 200 different beers could be available to choose from, Helbig said.

A food truck festival will be held again in June.

Festivals and other events give customers “a reason to want to come back,” Helbig said. “Instead of going to a restaurant on a Thursday night, they’ll come here to eat.”

Wireless Internet was quietly installed across the park last year, but this year, Kings Island expects to put more focus on connecting with visitors digitally.

Additionally, new in 2016 is FunPix, a way for guests to capture, collect and share professional quality photos of their day.

The Kings Island app automatically collects the guest’s FunPix photos, whether they have the Single Day Digital Photo Pass, or the entire season pass. They can download images to share with family and friends instantly from the mobile app for $29.99 a single day or $39.99 for the entire season, according to park operators.

“We’re looking for ways to enhance the guest experience,” Helbig said. “They want to capture those moments so they can remember their day whether it’s an on-ride experience or with characters.”

Other changes that might be noticed are additional parking tolls added to the entrance that, along with improvements made to Kings Island Drive by the city, should mean improved traffic flow to and from the entrance, Helbig said.

There will be 13 total toll lanes including lanes exclusively for passholders.

In the Rivertown area, a basketball shooting game has been relocated from near Reds Hall of Fame Grille to near The Beast entrance plaza.

At the new location, the basketball game will be next to a newly-added soccer challenge game.

In the Planet Snoopy children’s section, the Family Care Center and changing station has been expanded and remodeled.

The inside offers restrooms, electrical outlets, charging stations, Internet services, televisions, refrigeration and ice, and hot water, according to Helbig.