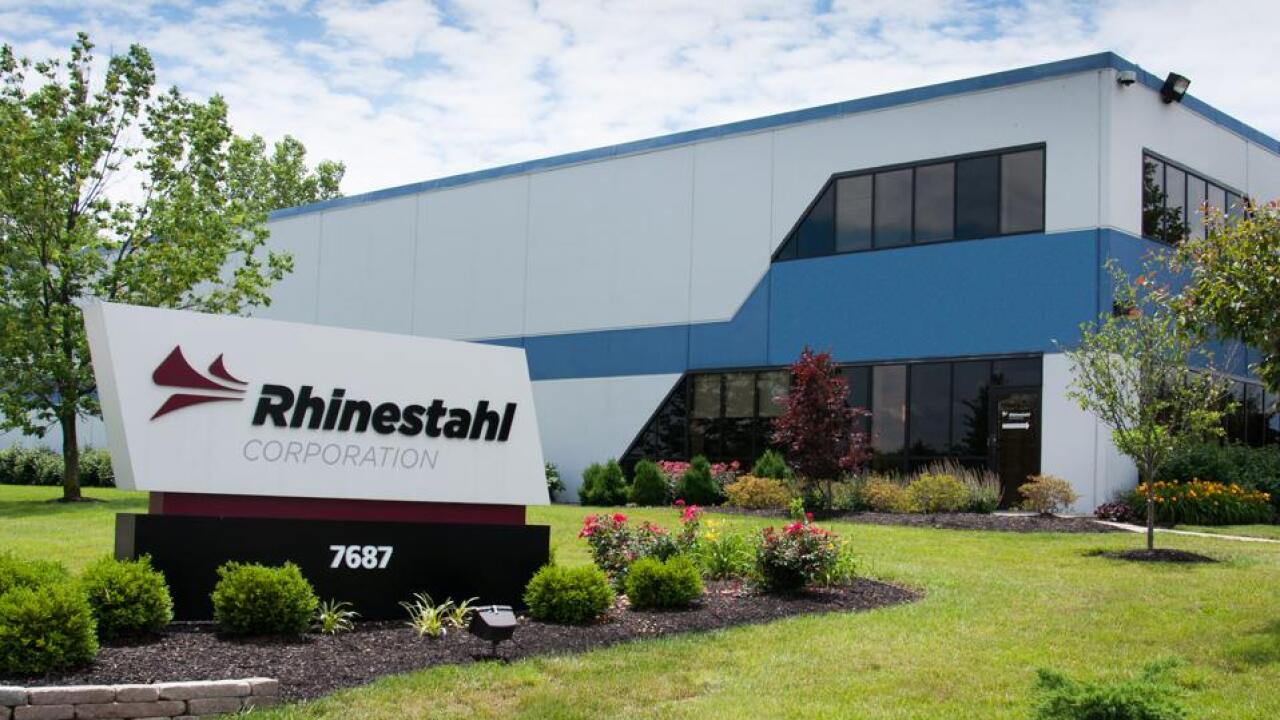 Provided
Rhinestahl Corporation will move from Innovation Way to a new $14 million campus in 2021, an expansion project planned to create 100 jobs in five years. The company moved to Mason in 2009 after 42 years in Blue Ash.

MASON, Ohio — A deal between Rhinestahl Corporation and the city of Mason will pave the way for a new $14 million global headquarters and the addition of 100 jobs.

The new facility will expand the company’s Mason footprint a third time, doubling its existing headquarters facility from 100,000 square feet to 200,000 square feet and securing 100 jobs over the next five years with a payroll of more than $14 million, according to company officials.

The economic incentive ensures that Mason captures growth from the new project as well as a commitment to retention of jobs and payroll across city locations totaling 195 employees with a payroll of more than $20 million.

Mason City Council, during its regularly scheduled Monday night meeting, approved a contract for sale and purchase of a 50-acre property in the Mason R&D Park for $1.5 million, as well as an economic participation agreement with Rhinestahl.

The company was founded in Blue Ash in 1967 and is a supply chain partner known for its custom tooling in the aviation industry and close partnerships with GE Aviation and Rolls-Royce Aerospace.

The economic development deal comes 10 years after the company moved from Blue Ash to its corporate headquarters on Innovation Way in Mason with just 35 employees.

“Since moving its world headquarters to Innovation Way in 2009, Rhinestahl has been a valued collaborator and a powerful example of the role that public-private partnerships can play in the growth of Mason’s business community,” said Victor Kidd, the city’s mayor. “Not only that, they have become a role model for how a company partnership can impact the entire city, from engaging and mentoring high school students to joining forces for new business recruitment.”

Dieter Moeller, Rhinestahl’s president & CEO and the eldest son of Rhinestahl founder Heinz Dieter Moeller, said initial conversations into the deal started a few months ago with the company exploring several different options, including renovations or moving inside or outside Ohio.

Officials with the company and the city wanted to ensure the company stayed put and worked to iron out a deal that would allow for that, he said.

The new location would replace Rhinestahl’s Innovation Way facility, where its Rhinestahl CTS business and jet engine support equipment are being managed. Its Western Row Road campus, where most of its manufacturing take places, would be unaffected by the move.

The company employs 160 people in Mason. Construction of the new facility, which is expected to start next spring and finish in 2021, would immediately create 35 new jobs, with the 65 others coming over the remainder of the tax abatement.

The tax abatement was just one factor in Rhinestahl’s evaluation of the deal, Moeller said. Company officials were attracted to the Mason R&D Park, in part, because of Mason’s aerospace industry growth, attracting highly skilled tech and aviation engineering talent.

“Getting the tax abatement and being able to secure the campus at a reasonable price is what kind of pushed us over the edge as far as saying ‘Well, this is just the right thing to do and let’s keep things going here,’” he said.

The Mason R&D Park is part of a long-term economic growth strategy for the city.

“Our relationship with Rhinestahl does far more than create jobs and investment, it fosters and supports national and international aviation and manufacturing industry partnerships,” said Michele Blair, Mason’s director of economic development. “They’re a bright spot and great example of the types of companies we’re recruiting and working together with here.”