Leelah Alcorn's friend speaks out about her death 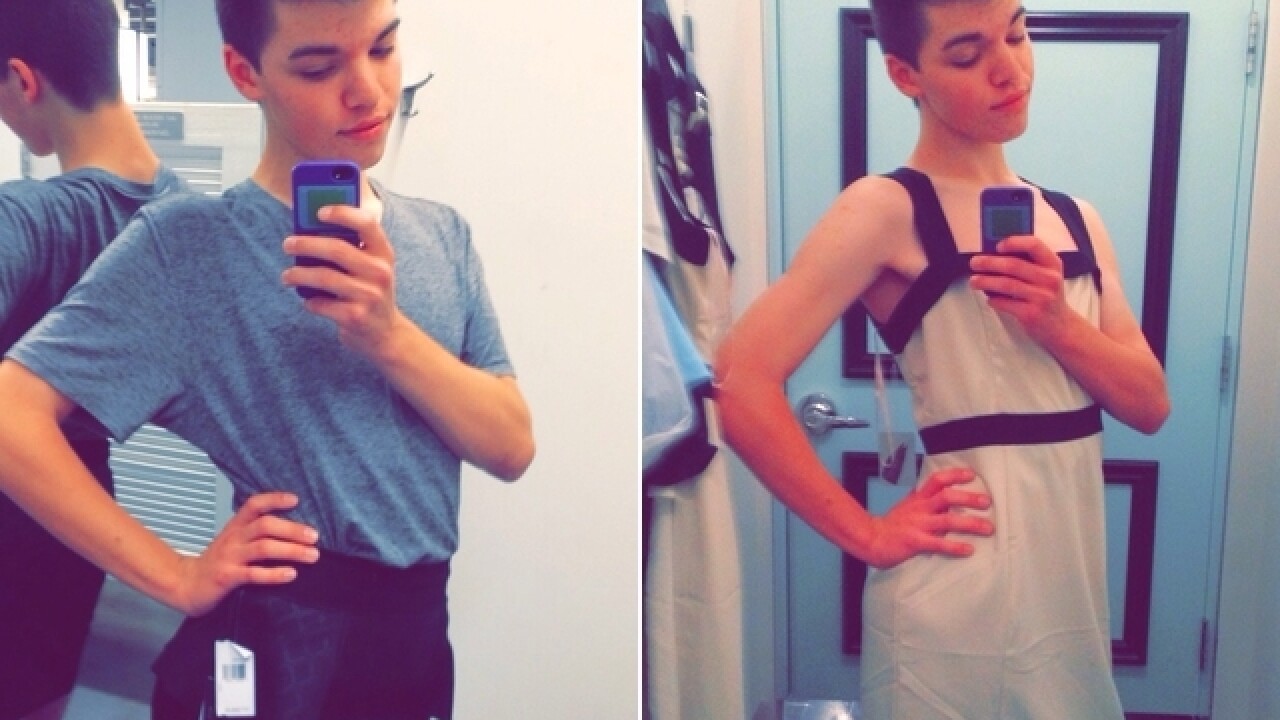 Editor's note: WCPO does not customarily report suicides. However, we do report on suicides when there are extenuating circumstances.

KINGS MILL, Ohio -- While family and friends are grieving the loss of a local teenager, an online firestorm of criticism and debate centering on beliefs and gender identity is spreading across the country.

Authorities initially identified the teen as Joshua Alcorn . Ohio Highway Patrol officials said they believe Alcorn might have committed suicide by getting in front of a tractor-trailer Sunday on the southbound lanes of Interstate 71 in Warren County and died.

“My sweet 16-year-old son, Joshua Ryan Alcorn went home to heaven this morning. He was out for an early morning walk and was hit by a truck. Thank you for the messages and kindness and concern you have sent our way. Please continue to keep us in your prayers,” wrote his mother, Carla Alcorn, on Facebook Sunday afternoon.

Then on Monday, an alleged suicide note penned by " Leelah" Alcorn appeared on a blog . The note spread on Twitter, and on the Facebook page of Cincinnati City Councilman Chris Seelbach who made the following impassioned plea.

“Some very sad news to share,” Seelbach wrote. “Yesterday, a 17-year-old committed suicide by jumping in front of a semi on I-71 near the South Lebanon exit.

It has come to light that this person likely committed suicide because she was transgender.

While Cincinnati led the country this past year as the first city in the mid-west to include transgender inclusive health benefits and we have included gender identity or expression as a protected class for many years....the truth is....it is still extremely difficult to be a transgender young person in this country.

We have to do better."

Seelbach also posted a photo of Alcorn and pasted the note in which the teen identifies herself as Leelah.

Alcorn’s mother acknowledged to WCPO reporter Jason Law that Leelah was her child.

Leelah's blog post describes experiencing isolation and depression once she identified herself as transgender at the age of 14. She detailed frustration because she did not believe her parents supported who she was.

The teen expressed strong dismay when they would not sign off on medical procedures to transition physically into a woman starting at the age of 16.

She also wrote in the blog entry that her parents did not provide the type of therapy she needed and that she began acting out in school. Ultimately, according to the blog post, Leelah's parents pulled her from Kings Local Schools.

Kings Local District Schools confirmed that she enrolled in the Ohio Virtual Academy for the 11th grade.

Chris Davis, a childhood friend, said he witnessed Leelah's struggles lessen, then intensify after a Facebook message posted a year ago where Alcorn admitted she was attracted to boys.

“One day he finally posted on Facebook, ‘Hey, I’m coming out. This is me. This is who I am,'" Davis said. "Everybody was like, 'Yeah man, this is great.' He came to school and everyone gave him massive support.”

The 18-year-old said Alcorn told him her parents did not approve of the announcement. Davis also said Alcorn never appeared comfortable enough to discuss her transgender feelings with him.

“Occasionally he’d tell me, ‘Oh, I feel like I’m something else or I’m someone else,’ and wouldn’t go too far with it," he said. "I feel like it was something that was really personal to him that maybe he didn’t tell anybody about because he was nervous about it.”

Another friend described a feeling of "numbness" when he thought of Alcorn's death.

“I think he said what he needed to say in his note, how he really felt,” Jimmy Bustetter said.

With some help from Seelbach’s Facebook post that was shared nearly 6,000 times within 24 hours, Leelah's note gained national attention.

Parents Carla and Doug Alcorn have asked for privacy in light of their child’s death.

The Ohio Highway State Patrol have not released an official cause for Alcorn’s death. Their investigation is ongoing. Troopers have been in contact with the Alcorns about the note, Trooper David Griffith said.

After hearing about Alcorn’s death, the school district placed counselors on call for anyone needing to speak about the loss. That number, on the Kings district website, is 513-398-8050 at either ext. 11001 or 11000. Counselors also will be available for students when they return from winter break on Monday.

Kings High School held a moment of silence for Alcorn before a basketball game Tuesday evening.

Mourners said they plan to hold a candlelight vigil for Alcorn on Saturday at Kings High School. The vigil will start at 5:30 p.m. More information is available at the event’s Facebook page .

In a phone conversation, Seelbach said he hopes Leelah's story sends a message that transgender teens need acceptance and that for those teens who feel isolated support is out there.

Leelah herself expressed hope that her death would bring about change for transgender people.

"The only way I will rest in peace is if one day transgender people aren’t treated the way I was, they’re treated like humans, with valid feelings and human rights. Gender needs to be taught about in schools, the earlier the better. My death needs to mean something," she wrote in her note.