Trump to stump for Senate underdog Renacci in Lebanon on Friday 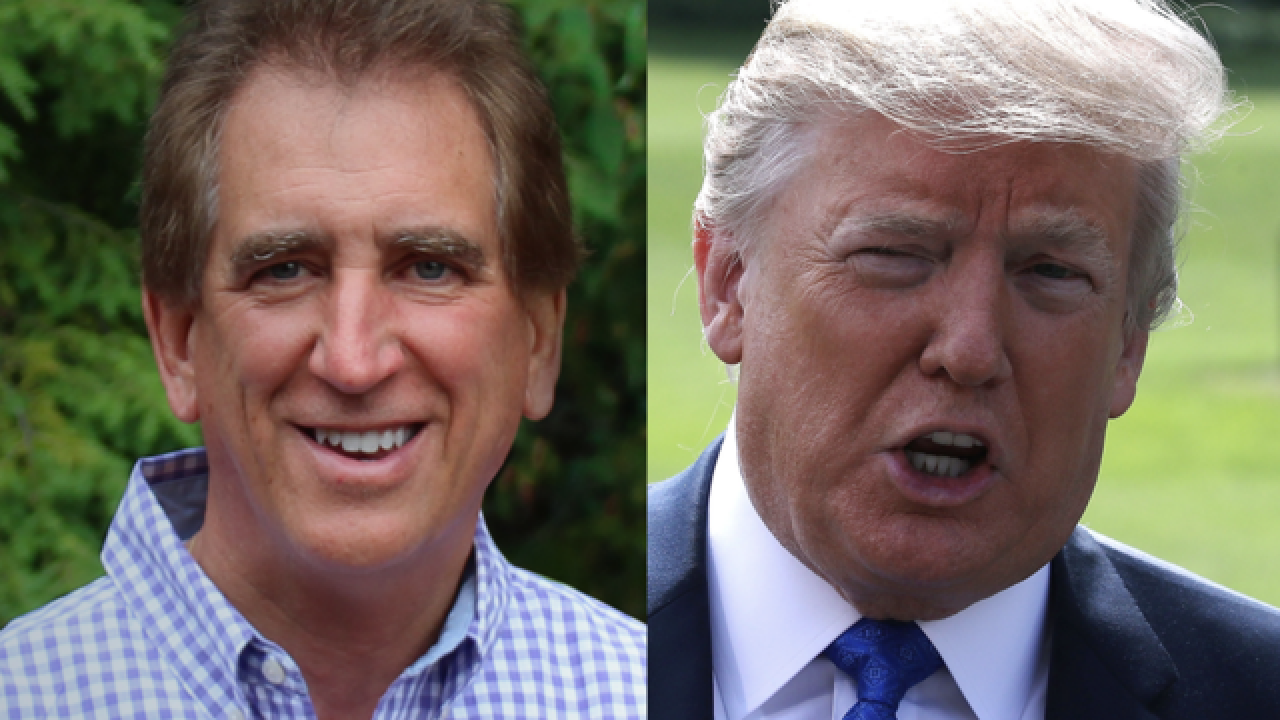 President Donald Trump will attempt to boost Republican Rep. Jim Renacci's long-shot Senate campaign with one of his signature rallies Oct. 12 at the Warren County Fairgrounds in Lebanon, Ohio.

According to an announcement from his press office, the president will also encourage Ohioans to "protect and expand" Republican majorities in Congress and tout the condition of the United States economy, which as of Friday had reached its lowest rate of unemployment since 1969.

Like Trump, Renacci was a businessman before entering politics, and his Senate campaign website touts him as a "blue-collar entrepreneur" whose stances on topics such as immigration and gun ownership echo the president's. (He's also fond of referencing "the Swamp" of insider politics that Trump and Trump-aligned Republicans promise to drain.)

He hopes to take the Senate seat held since 2007 by Democrat Sen. Sherrod Brown, who has also attempted to display working-class bona fides on the campaign trail.

Can the "Trump Bump" boost Renacci's chances? Ohioans will find out in November.

The president will hold another rally Oct. 13 in Richmond, Kentucky, and hit similar talking points, according to another release.

Anyone interested in attending the Lebanon rally can learn more here.