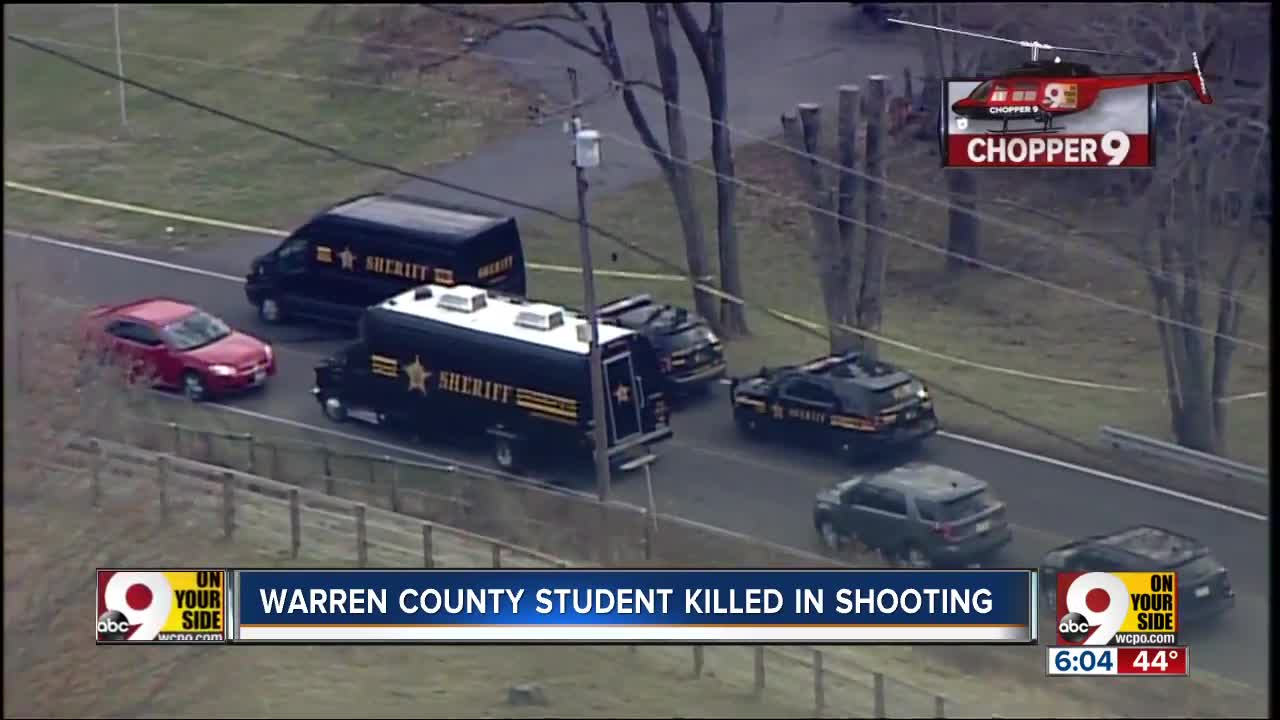 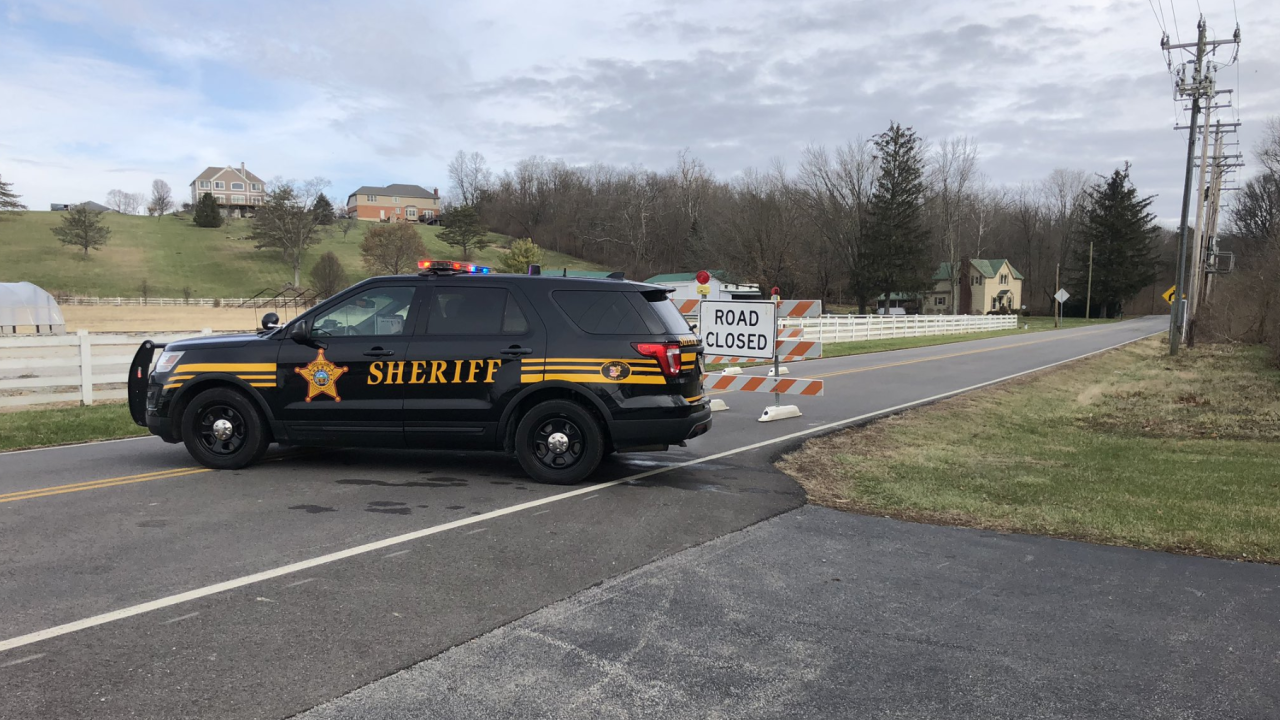 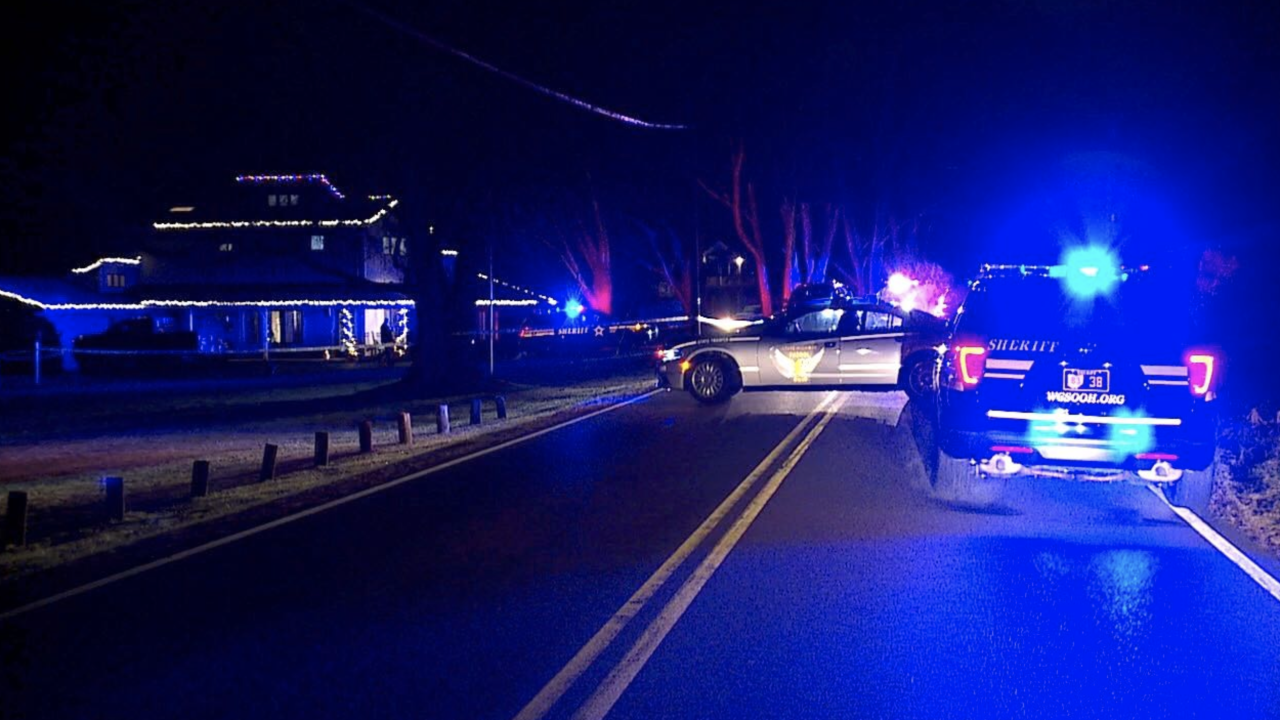 TURTLECREEK TOWNSHIP, Ohio — Warren County Sheriff’s deputies are still looking for a suspect and a motive in a double shooting that killed a high schooler and wounded another early Friday.

Deputies were still investigating what led up to the shootings. They said they had responded to a homeowner’s 911 call about “prowlers” just before 3 a.m.

Chopper 9 flew overhead while deputies combed through the yard outside the house throughout much of the day.

The two victims were acquaintances, officials said, and the wounded boy had to be taken to a hospital by aircare. He is expected to recover.

"Anytime a student passes away or gets killed, it’s a tragedy ... Our hearts go out to his family, our students and staff,” Smith said.

Smith said he has no information that the surviving victim is one of his students.

The district had extra counselors on campus Friday and they will return next week to support students and staff, Smith said.