ODOT: US-42 likely closed all day 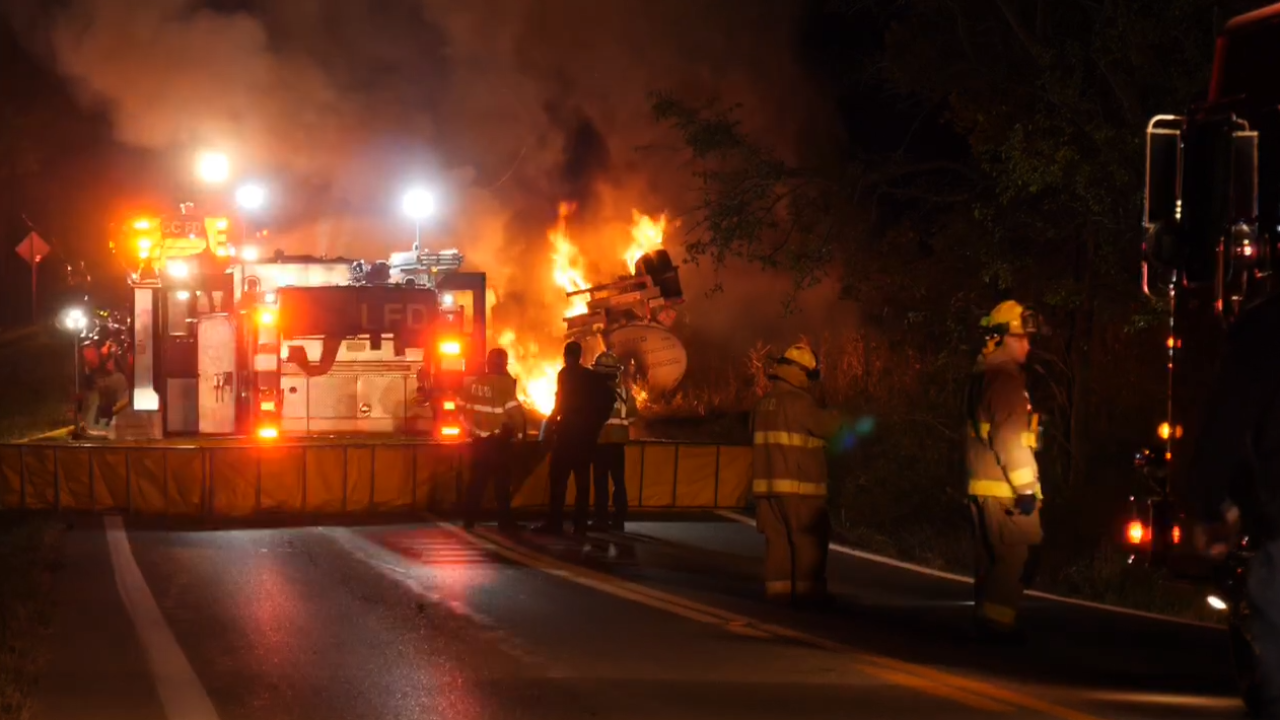 Copyright 2019 Scripps Media, Inc. All rights reserved. This material may not be published, broadcast, rewritten, or redistributed.
Courtesy WHIO
A truck and fuel tank were engulfed in flames after a crash on US-42 in Lebanon Sunday morning.

Crews responded to the crash at approximately 4:15 a.m. on US-42 near Township Line Road. The 2017 Peterbilt pulling a fuel when it veered into a ditch and came to rest on its side.

Fuel in the tank ignited, engulfing the vehicle in flames. Clearcreek Township fire and EMS crews freed the driver from the vehicle and transported him to Atrium Medical Center. The driver sustained minor injuries, according to a news release.

The crash is under investigation, but officials said neither impairment nor speed appear to be factors in the crash.

US-42 between Utica Road and Middletown Road will likely remain closed all day for cleanup, ODOT officials said.

WARREN COUNTY: US-42 is closed between Utica & Middle Town roads due to a crash. Route likely to be closed all day for cleanup & repair. Motorists will need to seek alternate routes. https://t.co/H20V9SIHPF