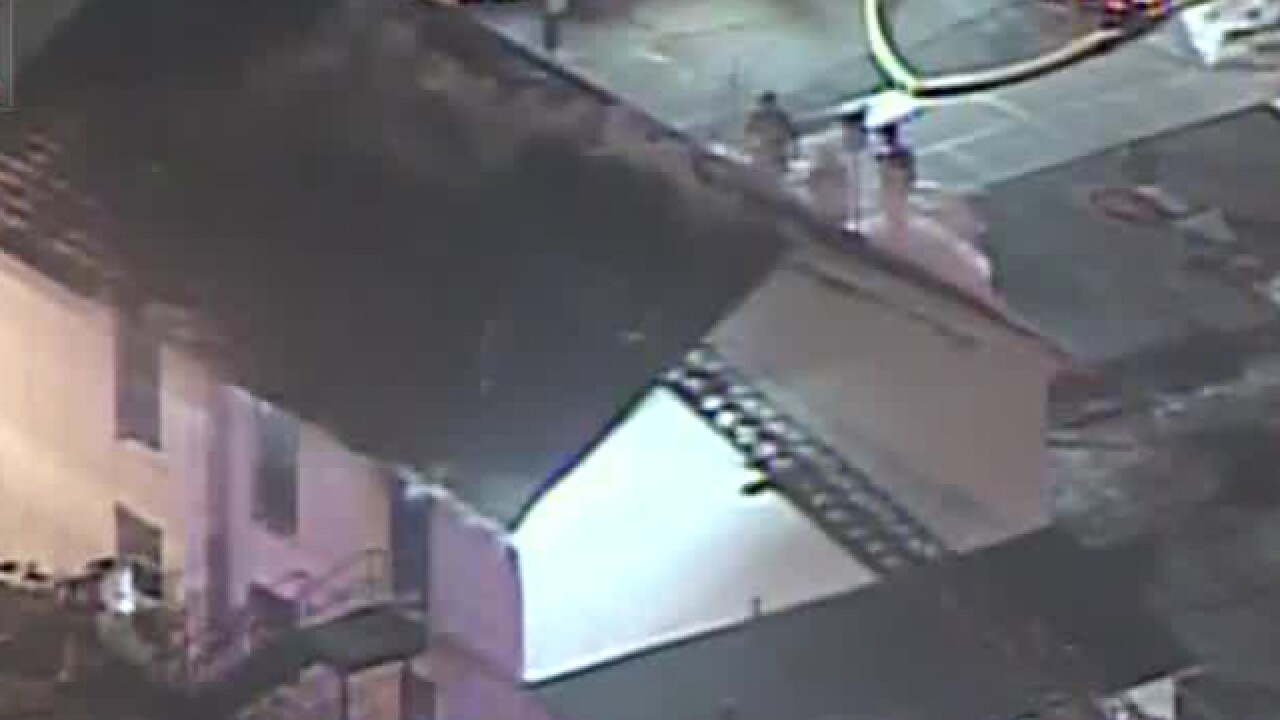 The two-alarm fire sparked off at about 3:40 a.m. Wednesday when a patrol officer noticed smoke and fire coming from the building's second floor, according to Lebanon Fire Chief Steve Johnson.

With temperatures hovering around 17 degrees, water froze almost instantly on the church parking lot, making a tricky job even more treacherous. Five additional departments lent extra manpower, and salt trucks were called in to treat the pavement. The flames were out in an hour.

"They were met with heavy fire conditions as soon as they opened the door," Johnson said. "They were pushed back by fire."

With nobody inside the building, there were no injuries. Firefighters have not yet determined a cause for the fire. Fire investigators said the building will be saved even though the second floor collapsed.

WCPO viewer Angel Delao sent in the video below.

Dr. Karen Schaeffer, pastor of Bethel AME, asked for the Tri-State to keep her congregation in their thoughts and prayers.

"It has a long history of providing spiritual care in the community. We are going through a period of shock right now and we request the prayers of the community," she said.

This historic church was established in 1857 when just six members gathered to worship, and the building itself was dedicated in 1861.

"It's a very important historic site for our town and for our community because the people who had been held in slavery and came across the river into Ohio built the older part of the structure beginning in 1857 and dedicated the church in 1861," Schaeffer said. "The people are in shock and we're all devastated at what's happening with our church and thankful for the response of people in the community who are reaching out to us already."

Tanya Young is a third-generation member of the church said she was very appreciative of the fire departments' work.