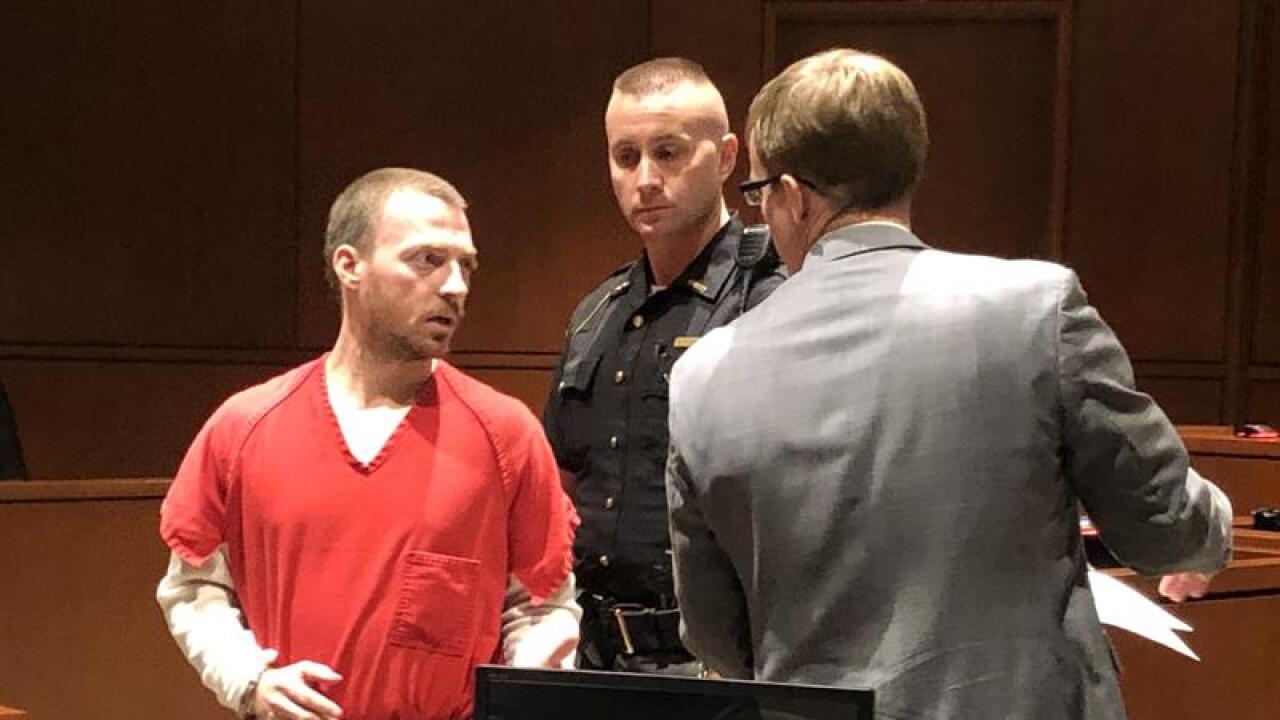 LEBANON, Ohio — A two-time sex offender was sent to prison Monday, although the judge said this was “the worst possible outcome.”

Kyle M. Motz, 33, of Morrow, is expected to be released in less than six months, having already served more than a year of his 18-month sentence without going to prison, according to the Journal-News.

“I have believed during this entire case that the best way to protect the public is to try to manage you on probation,” Judge Donald Oda II said during Monday’s hearing.

“I think the worst possible outcome is that I send you to prison,” Oda added, noting he will have no more authority to keep Motz in sex-offender treatment. “That’s all I have left.”

Motz was arrested, most recently, on July 30 for violating terms of probation ordered for gross sexual imposition and held in the Warren County Jail for Monday’s hearing.

On Monday, Motz’s lawyer, Maxwell Kinman, urged Oda to give Motz another chance after proving the probation violation was based on missing two group therapy sessions, including soon after his mother died, and committing other minor violations.

The victim, who had tried to get the judge to order Motz to move from the Morrow area where they both live, told Oda she had seen Motz again in May completing community service near the Little Miami Scenic Trail where he assaulted her.

“The last year has been long and difficult. I sincerely hope he never returns to Morrow,” she said in an email after the hearing.

In July 2017, the victim, while using the trail to practice for a triathlon, was grabbed by Motz, who lunged from the brush with his pants down. She was able to break free and run back to her car.

Motz was arrested three months later on a DNA match with clothing the victim was wearing at the time of the attack.

As she has since February, Assistant County Prosecutor Carrie Heisele urged Oda Monday to send Motz, who has now served more than 370 days of his sentence, to prison for the balance of the prison term.

In February, Motz pleaded guilty to gross sexual imposition and faced up to 18 months in prison.

Instead Oda ordered Motz to complete an in-patient treatment program before returning to the community on probation.

Oda released him in January, after two weeks in jail, begun on Christmas Day 2018, when he downloaded 56 sexually explicit pornographic images.

On July 31, Motz was jailed again after his probation officer learned Motz “had been unsuccessfully terminated” from a treatment program, according to court records.

Previously Motz was convicted of sexual imposition in 2014 in Lebanon Municipal Court.

In January, Oda also ordered Motz to obey a curfew and serve 10 days a month on litter pickup, less as punishment but rather “to give you something to do”. This was apparently where the victim saw him again.

In January, Oda indicated he hesitated to force Motz to move, due to concerns this could drive him to go on the run or commit another sexual assault.

During the January hearing, Oda said he hoped Motz could learn to control his behavior rather than coming out of prison “worse than when you went in.”