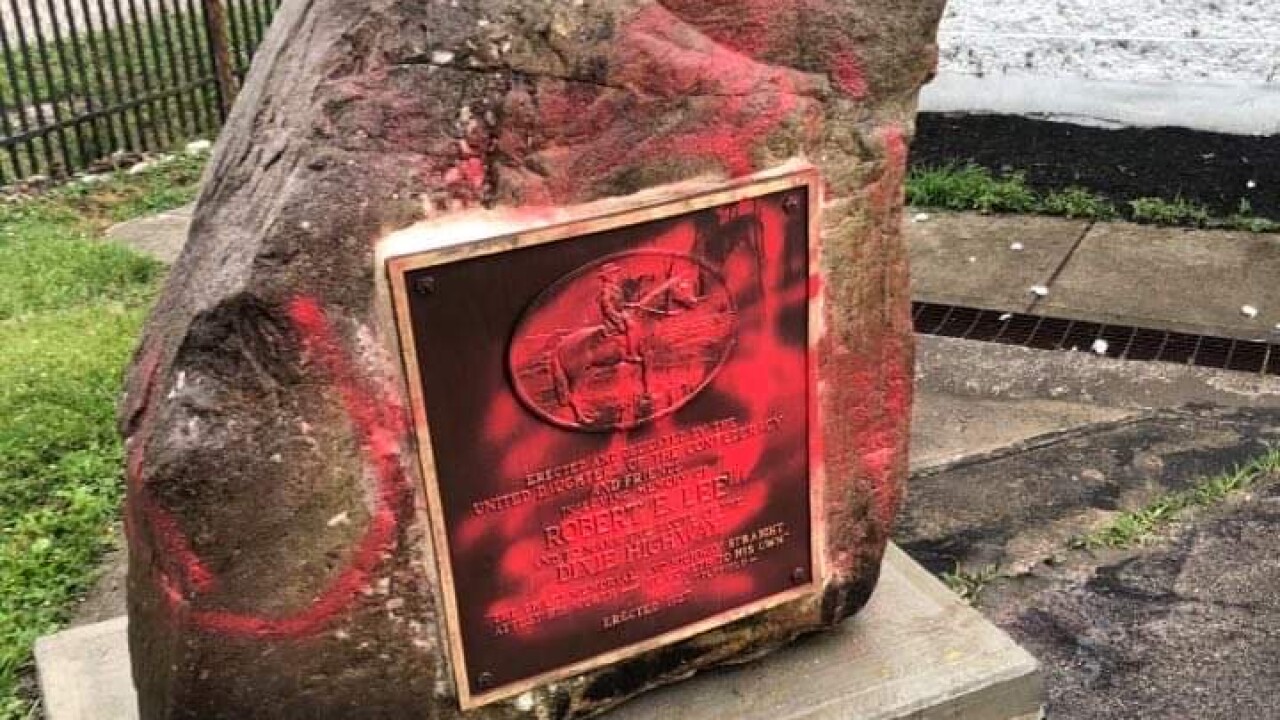 WHIO
A Confederate monument in Franklin, Ohio was defaced over the weekend with what appeared to be spray paint, according to WCPO 9 media partner WHIO Newscenter 7. 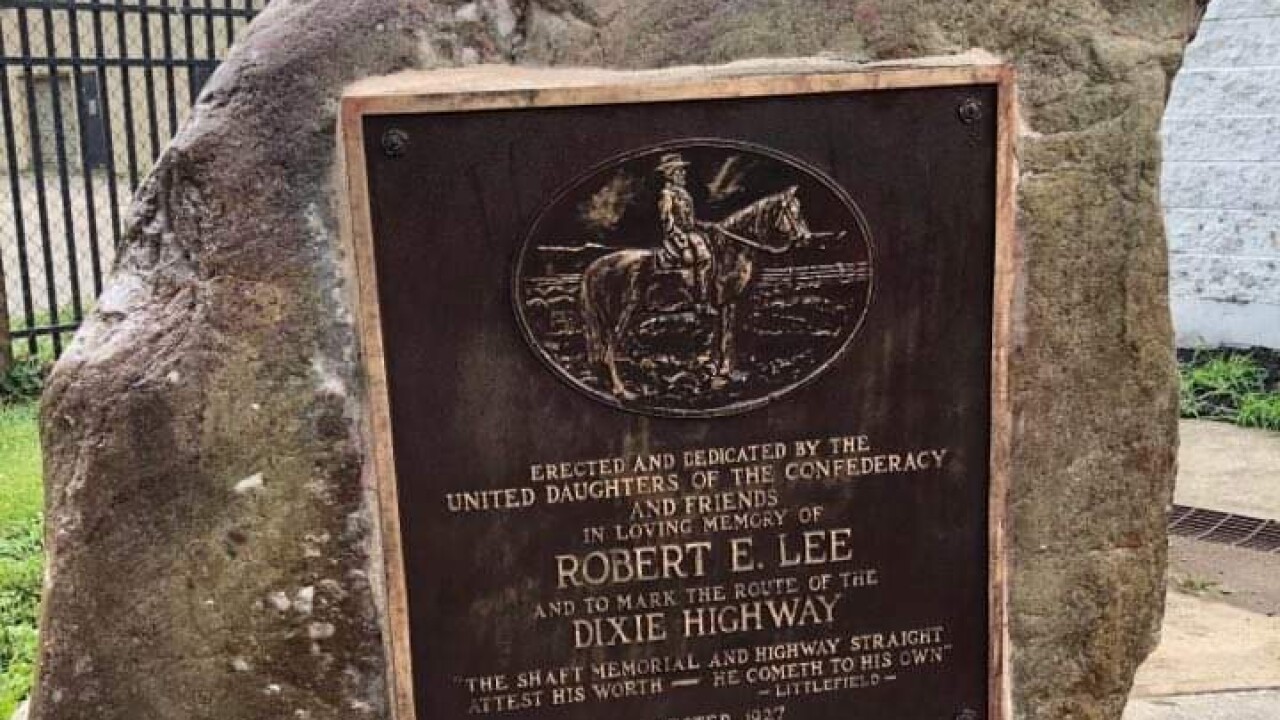 FRANKLIN, Ohio (WHIO) — A Confederate monument in Franklin, Ohio was defaced over the weekend with what appeared to be spray paint, according to WCPO 9 media partner WHIO Newscenter 7.

The rock with a plaque on it honoring Confederate Army Gen. Robert E. Lee and the Dixie Highway is located at the Fraternal Order of Eagles, along North Main Street in Franklin.

Someone defaced the memorial with what appeared to be red spray paint, writing ‘no racist monuments’ in front of it on the road.

“I cleaned up this monument because it is on private property and as a man of faith, you help those that are in need,” Morris said. “I did it silently because hopefully this person feels better and got this out of their system and we can all move forward while respecting each other’s views, regardless of what they might be.”

The monument has been the center of controversy in years past. It used to be located at the corner of Hamilton-Middletown Road and South Dixie Highway. In August of 2017, the city of Franklin decided to move it after realizing it was within the 50-foot easement of Dixie Highway, which the city has owned since the 1980s.

That decision to remove the Confederate marker came days after the Charlottesville, Virginia protest where white supremacists marched to protest the removal of the Robert E. Lee statue in the city and 32-year-old Heather Heyer was murdered.

In June 2018, the monument was given a new home at the Fraternal Order of Eagles lodge.

The Fraternal Order of Eagles had no comment about the incident, and WHIO also reached out to Franklin Police to see if they are investigating but have not heard back at this time.

WHIO is a media partner of WCPO 9 News.