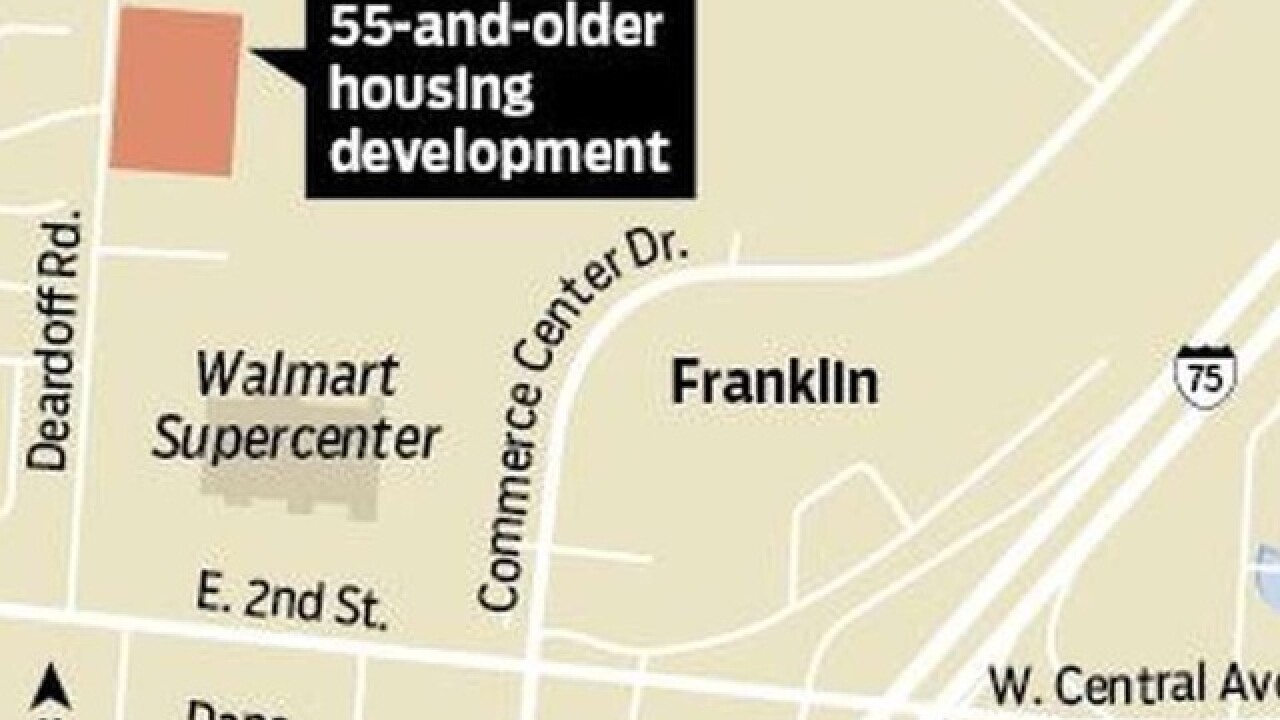 FRANKLIN, Ohio — As the Baby Boomer generation continues to age, some may not want to stay in or be able to maintain their current homes.

Franklin City Manager Sonny Lewis said that’s been a continuing issue the city has faced since he took the job a few years ago - aging residents feel there is no place for them in the city if they want to continue to live in Franklin but need to downsize their living space.

“We have a lot of people in town who have lived here all of their lives and want to stay in Franklin,” Lewis said.

He told the Journal-News the city proposed to the Franklin Planning Commission that 6.4 acres of city-owned land off Deardoff Road be rezoned to residential for development of elderly housing for people 55 years and older. The land is zoned for use as Office/Institutional now. Lewis estimates 28 to 30 patio homes could be built on that property

The planning commission unanimously approved the request and the matter will be on council’s July 18 agenda for approval.

Once council approves the rezoning, Lewis said the next step would be to put out a request for proposals to developers who might be interested in developing the housing project.

Law Director Donnette Fisher said there is a big demand for these types of housing development for those who want to stay in Franklin but can’t maintain or don’t want to stay in larger homes.

“We thought this would be a good use for this land,” she said.

“These would be single story patio-style homes that would be bought in a condominium-type arrangement and (residents) would not own the property,” she said. “Unlike a homeowner’s association, a condominium association cannot be dissolved.”

Fisher said the city would also require that the homes could be converted to become handicap accessible and there will be deed restrictions. “This will not be a nursing home or an assisted care facility,” she said. “This will look like a subdivision.”

Fisher said the request for proposals to developers would go out in August and received in mid-September. She said there may be a citizens committee appointed to review the proposals. After council gets community feedback and approves a proposal, the project will go to the Planning Commission for its approval.

“If they find the one they like, they could make an award by the end of the year,” she said.

The Council on Aging of Southwestern Ohio manages the county’s elderly services program. The agency said Miami University’s Scripps Gerontology Center projects that Warren County’s proportion of residents age 60+ will increase from 18 percent to 21 percent over the next four years.