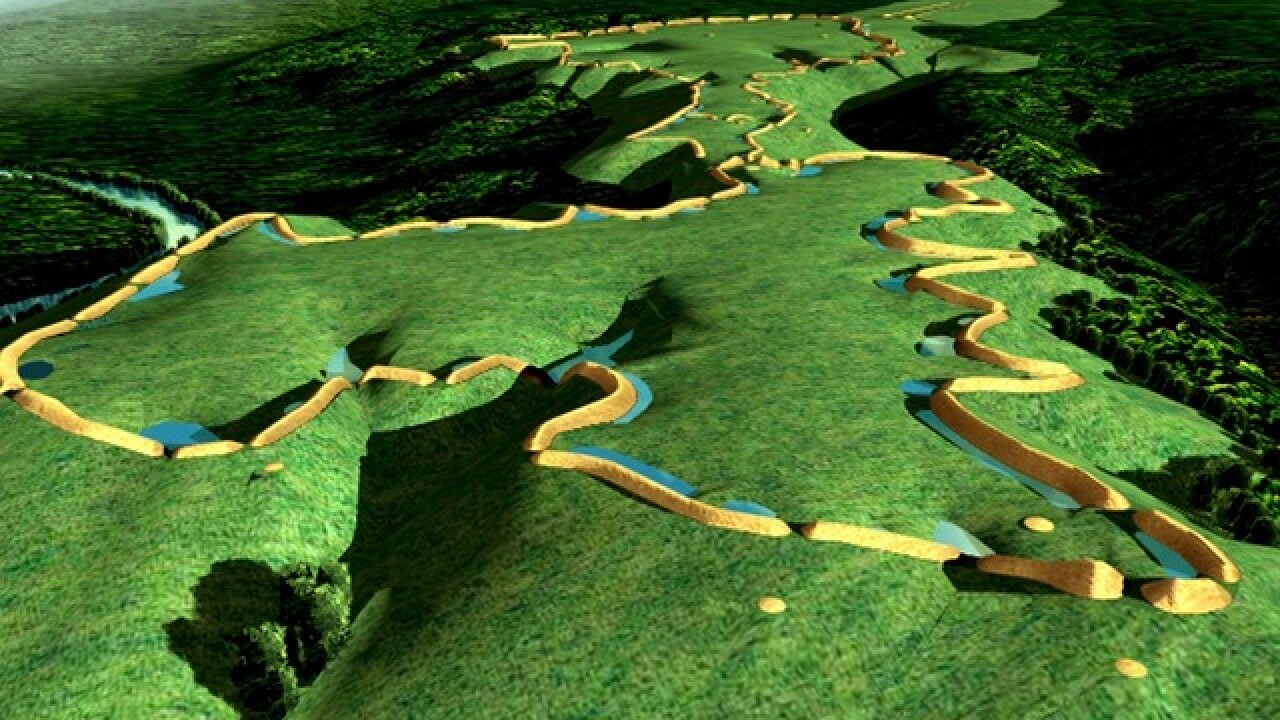 Copyright 2017 Scripps Media, Inc. All rights reserved. This material may not be published, broadcast, rewritten, or redistributed.
<p>An overlay of the Fort Ancient Earthworks that details exactly where the mounds are located. Source: Center for the Electronic Reconstruction of Historical and Archaeological Sites at the University of Cincinnati</p>

WARREN COUNTY, Ohio -- The Hopewell Ceremonial Earthworks will be the first site in Ohio nominated to the World Heritage List. The designation would officially make them among the most significant natural and historic wonders on earth.

Consisting of American Indian earthworks, Hopewell sites span central and southern Ohio. Some are as much as 2,000 years old. Fort Ancient in Warren County, an Ohio History Connection site, is one of the locations.

Located about 40 miles north of Cincinnati, Fort Ancient draws about 20,000 to 25,000 visitors yearly. Organizers say the designation could mean visits to the site mushroom 10-fold to 230,000-250,000 visitors a year, based on past World Heritage Site winners, and put Ohio on the world map as a destination for people seeking ancient marvels.

The U.S. Department of the Interior nominates American sites to UNESCO, which oversees the World Heritage List. The World Heritage Committee votes every summer on which locations to add to the list, but the earliest the earthworks could be considered is likely 2021.

The nomination comes after more than a decade of work. Burt Logan, executive director and CEO of the Ohio History Connection, is optimistic.

"Our work continues to bring this prestigious recognition to Ohio," Logan said.