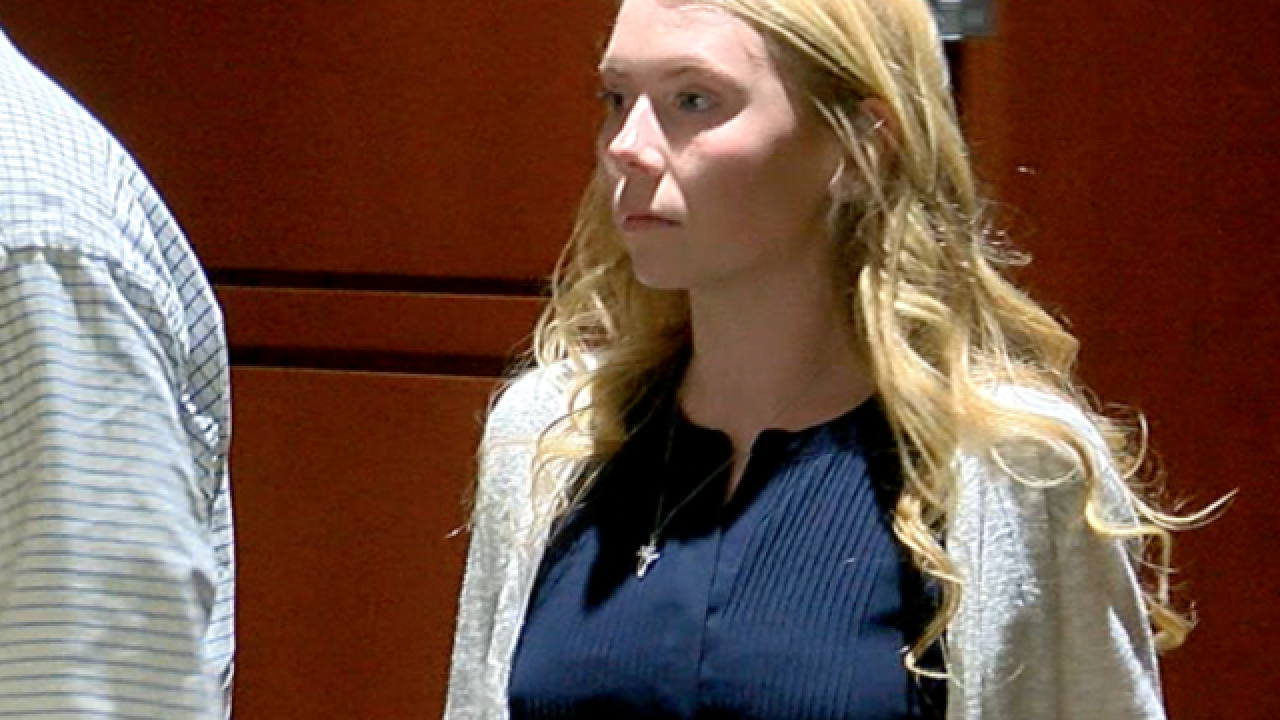 WARREN COUNTY — Attorneys for a Carlisle woman accused of killing her newborn baby girl in 2017 and burying her in her parents’ backyard want the charges against her dismissed.

A motion filed today by attorneys Charles H. and Charles M. Rittgers argues the indictment against Brooke Skylar Richardson should be dismissed due to “defects in the institution of prosecution of this case … the state’s deprivation of Miss Richardson’s constitutional rights to a fair trial and due process.”

The motion is also asking for grand jury testimony to be reviewed “in camera” or by a judge and attorneys, specifically that of forensic anthropologist Dr. Elizabeth Murray, who examined the remains of the baby girl when they were unearthed.

The defense attorneys say the prosecution presented information about Murray’s testimony to a grand jury when seeking to indict Richardson that she has since recanted.

“The indictment and prosecution in this case are defective because both are based on Dr. Murray’s recanted belief that the bones she examined were charred,” the defense attorneys wrote in the motion.

Murray later realized that her belief that the bones were charred was incorrect after a second examination of remains on Aug. 17, 2017, according to the defense.

“While the Warren County Prosecutor’s Office unintentionally presented false information to the grand jury in this case, the indictment and prosecution are defective all the same and should be dismissed in accordance with Miss Richardson’s rights to a fair trial and due process,” the defense team said in the motion.

The defense team requested that the court order one trial for the aggravated murder charge, one trial for involuntary manslaughter and endangering children charges and a third trial for tampering with evidence and abuse of corpse charges.

The defense argued the prosecution has admitted it does not intend to keep its presentation of each offense “simple and direct.”

But in the motion in response Assistant Prosecutor Steven Knippen, the state wrote, “In this case, Richardson’s offenses constitute parts of a common scheme or plan and are part of a course of criminal conduct. She delivered her baby in secret in her home, caused the baby’s death, then buried the baby in the backyard.

“The defense does not provide an affirmative proof of prejudice that Richardson would suffer if all counts were tried in a single trial, the prosecution said in the motion. The defense argued the jury is likely to get confused by the charges.”

Another pre-trial hearing is set for Aug. 19 ahead of Richardson’s scheduled trial on Sept. 3.