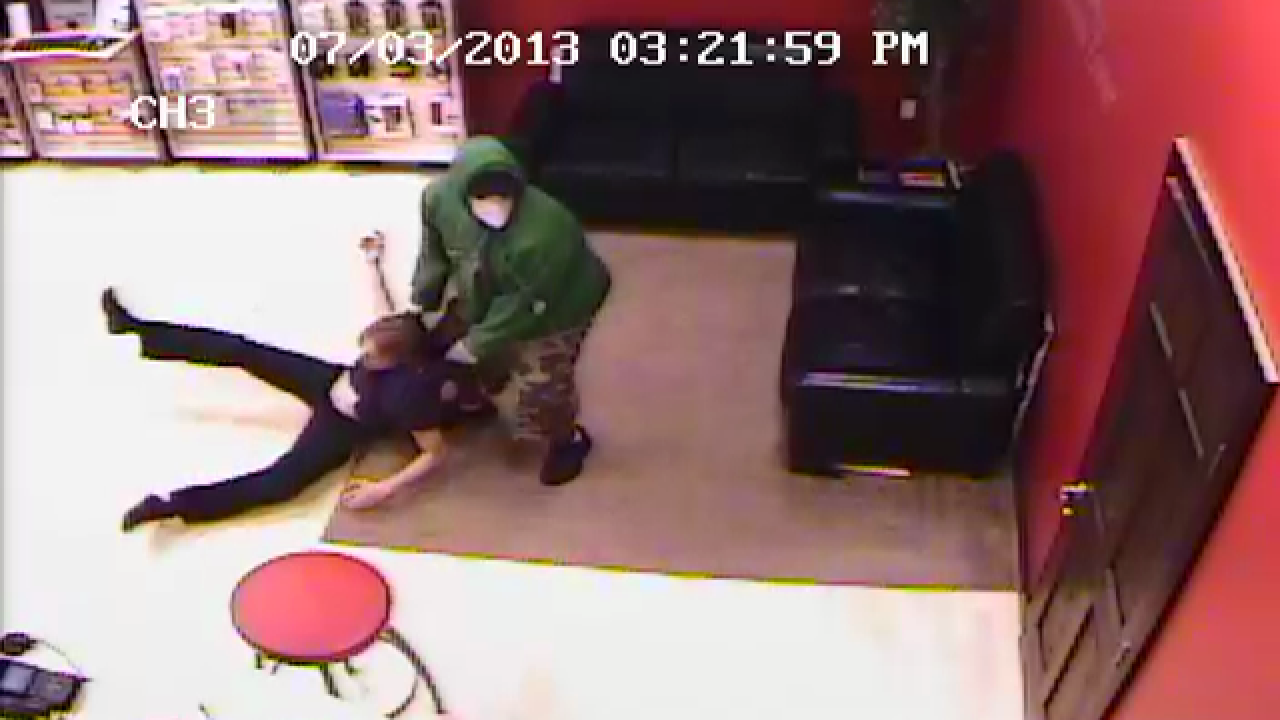 MASON, Ohio -- Police are looking for two people accused of stealing more than $10,000 in smartphones from a Verizon Wireless store.

The masked thieves entered the Verizon Wireless store in Deerfield Township at about 4 p.m. July 3, and showed the clerk a firearm, police said.

They attempted to take his phone, and the second thief dragged the clerk by his clothes into the backroom and tied him up with an extension cord, according to police.

In addition to stealing the phones, the two thieves also took about $250 from the cash drawer, police said.

This incident follows the June 24 robbery of a Verizon Wireless store in Germantown, Ohio. Police believe these were the same two people who stole from the Deerfield Township store.