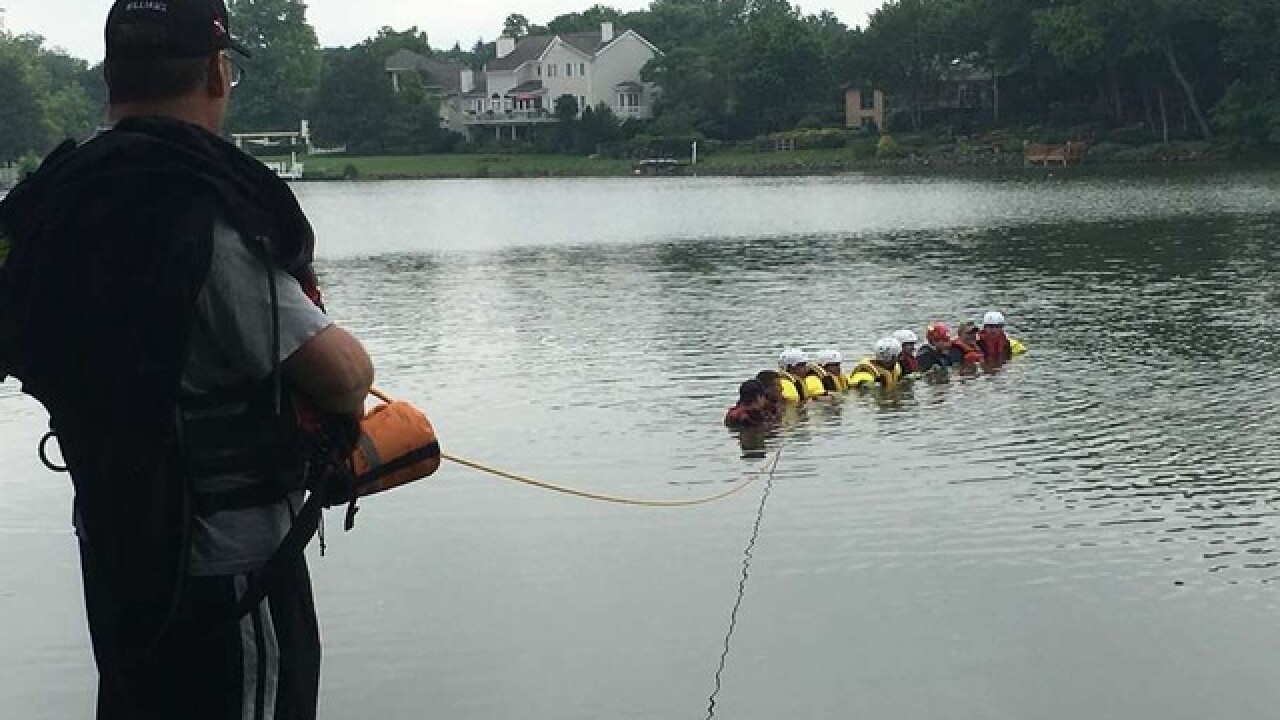 DEERFIELD TOWNSHIP, Ohio — Crews continue to search Landen Lake for the assault rifle allegedly used in the  June 9 shooting of a Warren County Sheriff’s deputy and another person.

The sheriff’s office has asked residents in the wooded, suburban community near Kings Island to check their property — including unlocked sheds — for the weapon, believed to be wrapped in clothing, the Journal-News reported Wednesday.

It is unknown if the weapon is still loaded, according to the sheriff’s office.

“We have an SKS AK-47 still not accounted for and we’re doing everything we can to look for this weapon,” Warren County Chief Deputy Barry Riley said.

Fire/rescue crews from Salem, Union and Turtlecreek townships are using small boats to help them comb the 80-acre lake.