Police won't be defunded, but budget won't increase either 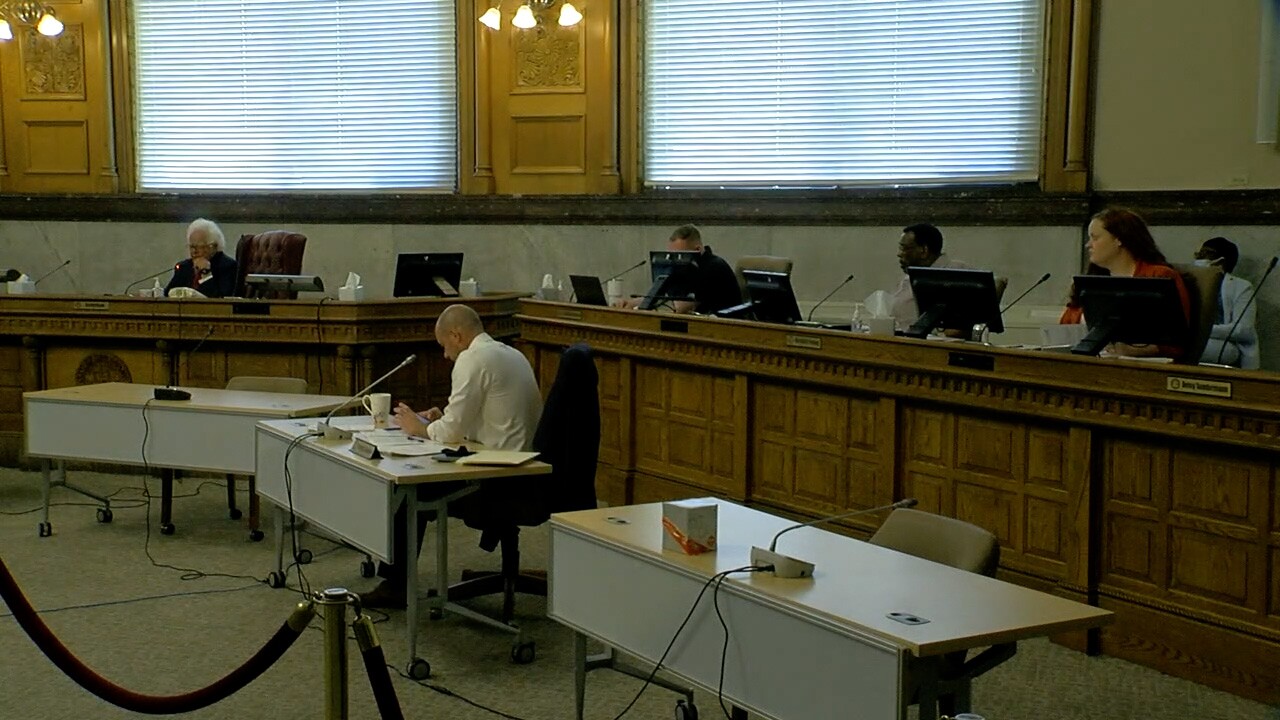 Copyright 2020 Scripps Media, Inc. All rights reserved. This material may not be published, broadcast, rewritten, or redistributed.
Mariel Carbone
Members of council's budget and finance subcommittee listen as speakers give their input on the 2021 fiscal-year budget.

CINCINNATI — The latest Cincinnati city budget meeting was cut with tension Wednesday afternoon as council prepared to approve a spending plan for 2021.

During public comment in council chambers, chaos erupted when a man was asked to leave under the impression that he had already spoken. The man hadn’t had his turn yet, so when he refused to leave he was put in handcuffs and removed. The intervention by police spurred many others in the audience to stand up, yell and express anger about the man’s removal. Another public speaker was handcuffed during the exchange.

Eventually, after yelling by the mayor, other council members and members of the audience, order returned and the meeting continued. No one was arrested, and the man who was first handcuffed was allowed to come back in to chambers for his turn to speak.

This incident arrived on the heels of a volatile budget process, which peaked June 18 when Councilman David Mann abruptly adjourned a public meeting in response to audience members booing a speaker who advocated fully funding the police. (At the time, the Cincinnati Police Department was in line to receive an additional $1 million in city funding for 2021.) Protests continued after the meeting in downtown Cincinnati, and many activists called for Mann to resign.

In the three budget meetings held since, speakers have continued to call on council to defund CPD and put more money toward social services and housing assistance.

It appears defunding the police will not happen in Cincinnati during the next fiscal year, but council has made significant changes to the budget that the city manager put forth several weeks ago.

One of those changes: A reallocation of $1 million from CPD to a youth jobs program and free 10-minute parking downtown. The rerouting of funds means that Cincinnati police funding will stay the same from 2020 to 2021.

In addition, the city's Citizen Complaint Authority will be fully funded, which allows an avenue for complaints against police and investigations into officer misconduct.

These changes are still a far cry from what protesters have been demanding — they wanted to see CPD’s $155 million budget cut in half.

“That’s not what it’s about,” Mann said. “It’s about making sure our police department is used where it’s needed. And when other things are needed, police officers are not sent. If people are following it closely, there has been a lot of adjustments made that I think show that we are responsive.”

COVID-19 threw in an additional challenge for lawmakers this year, causing a $70 million deficit. To bridge that gap, the city is borrowing $25 million, cutting vacant positions, using CARES Act funding and offering an early retirement program for city employees.

The budget committee approved the budget Wednesday before it heads to a full council vote.